Firm’s wait for licence drags on amid tension 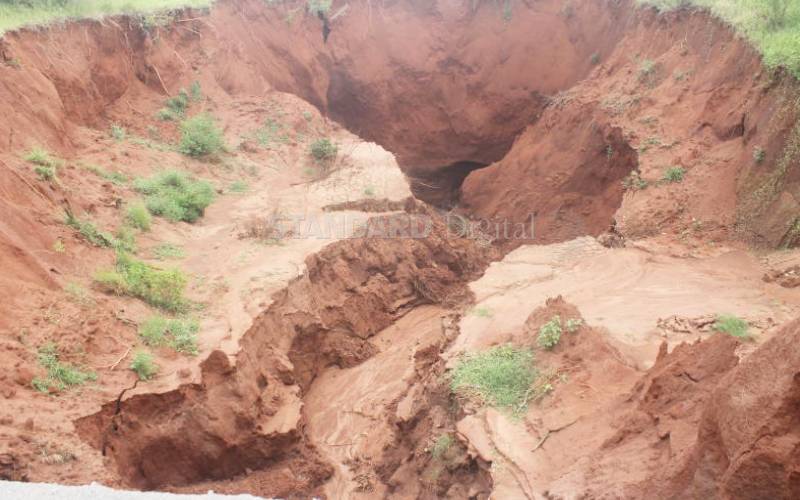 Australian firm Base Titanium has expressed frustration at the ongoing impasse that has delayed approval of a new exploration licence in Kwale County.

According to External Affairs General Manager Simon Wall, the firm, which is extracting and exporting the mineral sands, will exhaust the resource at its current site by mid-2023.

He said opposition by locals and political leaders to the firm's bid to carry out exploration at new sites in the five villages in the county had put its operations in limbo.

“As mining ceases, so will all the benefits emanating from the Kwale Mine, which we estimate to be at close to Sh.3 billion per year,” said Mr Wall on Monday.

Should the mine be closed, it would be a blow to Kenya's nascent mining industry, where the mineral sands have over the last five years become the largest mineral exports.

Titanium ore concentrates earned the country Sh13.6 billion in 2017, which is 60 per cent of the earnings from minerals that stood at Sh23 billion, according to new data from Kenya National Bureau of Statistics.

Base Titanium has in the past attributed the delay by the government to issue it with exploration licences to influence by some politicians who are “unhappy” with its work locally.

The main bone of contention has been the issue of land and benefits emanating from sale of the minerals through royalties.

Base Titanium holds two prospecting licences (“PL”). PL/2018/019 covers 88 square kilometres, and include the current tenure, which remains valid till May 25, next year.

The second licence, designated PL/2015/0042, covers 136 square km2 and it lies to the south-west of PL/2018/0119 and extending towards the Tanzanian border. Some community leaders claim that allowing exploration is tantamount to giving away their ancestral land.

“We will not let them take even an inch of our land. The people of Magaoni are not interested in exploration,” said Charles Bilali, a lands rights crusader and resident of Kinondo.

“They (Base Titanium) are working together with the government and some elected leaders to coerce us to accept exploration and deny us our right to our land.” The community in Kwale has in the past agitated for more jobs as well as increased contracting of local firms to supply various goods and services to Base Titanium.

In his determination, Justice Tuiyott held that freight comes to an end at the port of landing

By Lucy Mwihaki and Graham Kajilwa | 16 minutes ago

By Lydiah Nyawira | 16 minutes ago