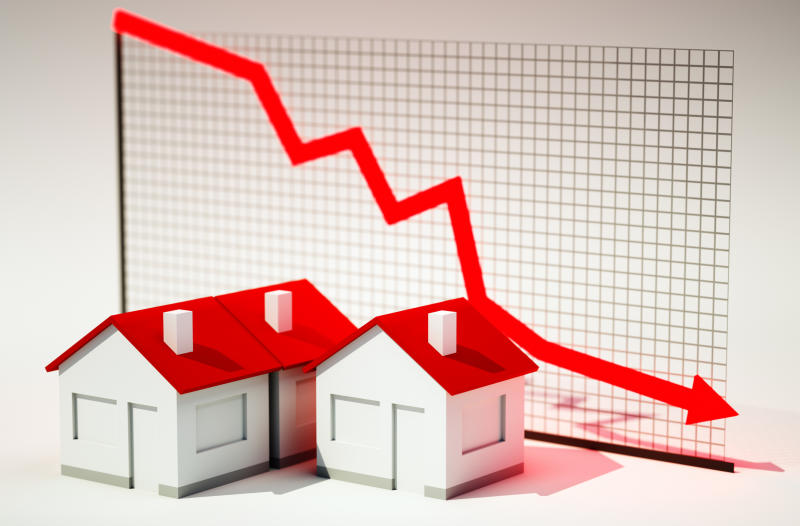 Property prices have more than tripled in less than 15 years in a mysterious surge that has puzzled many.

The actual values have, however, not risen as much, thanks to huge manipulation by the very players who rigged the market and robbed thousands of investors.

Large firms, including banks, to ordinary households are reeling from the impact.

Then we got here, where the people with the least stakes in the entire game walked away with their pockets full, leaving behind a mess that is even threatening to sink banks.

Such lenders are left holding onto the very properties they financed when the projected values were much higher, but today they can only get a fraction of what they financed if they are lucky to find takers.

It is a tale of how an entire economy was cheated in voodoo economics that grabbed the attention of even the wiser moguls, including India’s oil and gas tycoon Mukesh Ambani.

He arrived quietly, but his billions screamed throughout the five-year stint where he tripled his capital and quickly cashed out while everyone was in a balloon.

Hardik Dhebar, who is Ambani’s point man in Kenya, termed the business a “good investment and a good exit” as he was planning on leaving the country.

It has finally dawned on latter-day Ambanis that they should have been wiser before putting it in high-end real estate that has remained vacant for years on end.

Either the property is too expensive for any prospective buyer or that simply the target market has always been a facade.

Latest data from the Central Bank of Kenya indicates that almost a tenth of 26,500 mortgages as of December 2018 are distressed.

Kenya’s economy took a harder beating in 2019, CBK Governor Patrick Njoroge said as much, so it is expected that even more property will be foreclosed.

Notices for auction have consistently risen week after week in the second half of last year to date.

Some of the properties have never been occupied, yet the developers might have sought financing from banks to build in the hope of repaying after selling to the supposed hungry market.

Players in the property market could be the biggest reason for the current crash after selling a fictitious narrative about unending surge on prices in the last decade.

It did not help that they were the main source of all the information about where the market was going, yet they would inadvertently be the winners in the self-fulfilling prophecy.

Jared Osoro, the Director of Research and Policy at the Kenya Bankers Association, says the speculative sentiment helped push up prices. He, however, indicated that the slowdown in the wider economy had helped complicate matters.

“I do not agree with the conspiracy theory of a rigged market, but yes, there was major speculative pressures,” he said.

In speculation, players would buy in the hope of quickly exiting, and if that is replayed over and over, the illusion of demand is created.

Unrelated parties, including the media and its personalities, have a central role in enabling the narrative gain traction.

Mr Osoro added that the property industry is capital intensive, hence tends to have a longer lag compared to other sectors, either in rising or dipping.

Essentially, the current stagnation of the property market is a result of events of the previous years.

Price of land has been singled out as the single biggest driver of the eventual cost of construction but no one has ever explained how its value rose exponentially.

In a case that would help illustrate that the peddled values were not necessarily true, Kenya Railways Retirement Scheme only realised Sh260 million from selling an acre in Nairobi’s Upper Hill.

At the time, however, the supposed value in the pricey district, as indicated by a Hass Consult - a commission agent, was Sh495 million.

Further, incomes for the average Kenyans did not suddenly rise to help reconcile how a resource that they have all along lived on turned into a gem. On the contrary, official statistics from the government have confirmed that after adjusting for inflation, workers are earning worse today than they did a decade ago.

Adjusting for inflation is a global practice in making comparisons, meaning the nominal pay increases could only help workers feel good while in fact they are worse off.

Many transactions on property have been reported involving wealthy Somalis seeking to invest in Kenya after fleeing civil war back home.

The source of their cash has been questioned, especially considering that most purchases were outside the banking system.

But could the reverberation with which their money landed be felt as far as Nanyuki, a four-hour drive from Nairobi’s South C, where they took over?

It is highly unlikely.

However, property around the quiet town, where the British army chose to set up a training base, and many other urban areas, have experienced huge demand for property.

Property in far off areas was marketed as the next frontier in the industry for retirement or holiday homes.

In the bigger towns, especially in Nairobi, a housing shortage was in the millions following years of under-investment, and that there was a ready market to rent or outright purchase. Part of the proposition remains true on one hand, and on the other, the economy has neither created as many jobs or wealth.

David Masika, the chairman of Lloyd Masika, a property valuation and management firm, said the current situation was a market correction triggered by the entry of foreign mega developers.

He explained that there had to be a willing buyer to make a purchase to conclude any transaction and after paying for what they believed was value.

“A seller does not create the value in anything, but the worth is determined by what the buyer will ultimately pay,” Masika said.

He attributed the surge on property prices to the entry of big institutions such as World Bank, which acquired one of the commercial properties built by Ambani in Upper Hill, Nairobi.

User change from residential to commercial, played a significant role in raising property values in other nodes, including Westlands and parts of Gigiri. “It was an endorsement of the area when you have such a buyer who everyone wants to be around,” Masika said.

A mortgage director in one of the large banks said the accumulated housing shortage going back to the 1990s is the reason prices soared sharply, only for the tough economic environment since 2017 to disrupt the growth.

Kenya is one of most improved business destinations globally, having moved up 80 positions in the World Bank’s Ease of Doing Business

By Dominic Omondi | 37 minutes ago