Digital financial consumer protection: A relook into marketing and advertising practices in Kenya 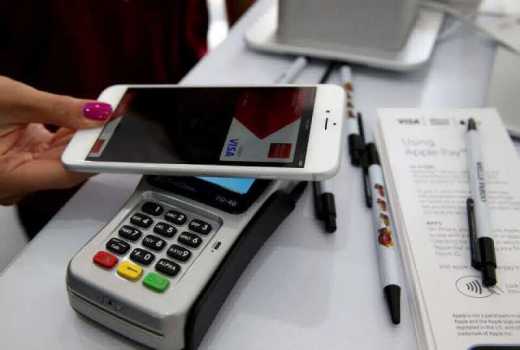 From a study conducted by Ghengis Capital in October 2018, there are about 6.1 million unique digital borrowers in Kenya.

The disruption in financial services has been mostly caused by stand-alone credit apps which have been quickly adopted by traditional lenders.

A key driver of this trend is the upsurge of marketing and advertising of product information. In this article, we profile a typical consumer to review the current advertisement practices, determine the legal market conduct framework in place and offer ways to enhance financial consumer protection. We draw recommendations based on international standards and initiatives undertaken in countries around the world.

Night (not her real name) is a 33-year-old woman living in Nairobi, Kenya. She is separated from her husband of eight years and is a mother of four children ranging from two to eight years old. Before venturing into the city for domestic work, Night lived off a simple eatery in her rural town center where she prepared local dishes for construction workers that were building a road in her village. She was also a member of a local microfinance institution and had through her group cumulatively borrowed Sh10000 to capitalise her eatery business as well as do some bit of farming. She cultivated bananas, maize and legumes. Her husband also supplemented her income but with his recent marriage to a second wife, the resources dwindled.

In Nairobi, Night is paid Sh7000 each month and she sends over 60 per cent of this amount back home to her mother who is living with her children. This amount caters mostly for school related expenses for the school going children as well facilitates purchase of basic household consumables such as soap, sugar and tea leaves.

Night owns an old smartphone and is subscribed to two major telecommunication companies which she uses interchangeably. She frequently receives messages from online financial service providers[2], all of them offering loans.

She first got to know of the possibility of borrowing digitally seven years ago from one of the first-movers in the market.

A sample of the SMSs received by Night:

Following these messages and encouraged by testimonials from her relatives and friends, Night has accessed about Sh3000 ($30) over time from a few of the digital lending platforms available. She has used some of the funds to meet her financial needs including paying off her microfinance loan, repaying airtime purchased on credit as well as for household expenditure including food. Night however mentioned that she was not always aware of how much the loans cost, the consequences of defaulting and could not also tell if all the messages were genuine. She indicated that in most cases, she agreed to the loans from well-known brands due to her urgent need for cash; however, in other instances, when there was not an imminent need, she took on loans as she did not want to miss on the offers being presented.

The case of Night is just one of the millions of consumers who are subjected to marketing practices which have become the norm in the Kenyan market.  What consumers don’t know is that the frequent push SMS they receive, may be designed to exploit their behavioral biases, persuading them to agree to a loan that otherwise, they would have not committed.  A focus note published by CGAP highlights that similar offers as the one received by Night, pose mainly the following concerns:

Induce consumers into “present bias”, which according to behavioral research, occurs when a person overvalues short-term outcomes and undervalues long-term outcomes, as well as “loss aversion” that occurs when an individual overestimates the worth of something he or she possess (such as a loan offer), showing a strong dislike to giving it up.

Induce consumers to obtain a loan without a clear use for it.  It is mainly as a result from experiencing a fear to miss out on a chance to borrow, mostly experienced by consumers who have not been able to easily access loans in the past.

Consumers’ choices can be influenced by the lender’s offer.  Since loan amounts usually come as “pre-qualified offers”, or the maximum amount a consumer can borrow, studies show that individuals would rarely request a lower amount from what is originally proposed by the lender, becoming easy target of over spending with subsequent issues of over indebtedness.

How is the government addressing the issues above?

The Consumer Protection Guidelines posted in the Competition Authority of Kenya’s (CAK) website contains general provisions to avoid oral and written misrepresentation which might affect the consumer’s impression of a good or service.  They define that “misleading advertisement is a published claim that gives a consumer false representation of the product or servic, one which could (…)“distort their economic behavior”.  When deciding if the conduct of a business or supplier is misleading or deceptive, the Authority will look at all relevant circumstances, such as the entire advertisement, the medium in which it appeared, and any statements (or silence) made by a sales representative.  Additionally, the guidelines indicate that “misleading and deceptive conduct will be considered within the context of the class of consumers who are likely to be affected by the conduct”.  Therefore, it would be understood that consumers undergoing financial difficulties would be more vulnerable to digital loans presented in a way that lure them into easily accessible credit at their fingertips.  Misleading representations would also depend on whether they might mislead a reasonable person within this group.

The Kenyan Competition Act No. 12 of 2010 also outlines the instances in which the promotion or supply of products or services would be considered false or misleading.  The same legal body addresses unconscionable conduct and states the elements to which the Authority will have regard to when determining such a conduct. Relative to our discussion are (…) the relative strengths of the bargaining positions of the person (provider) and the consumer; and whether any undue influence or pressure was exerted on, or any unfair tactics were used by the supplier.

Finally, in a broader sense, the Consumer Protection Act, 2012 states that in determining an unconscionable representation it would be taken into account that the provider knows or ought to know a) that the consumer is not reasonable able to protect his or her interest because of disability, ignorance, illiteracy, inability to understand the language of an agreement or similar factors; and  h) that the consumer is being subjected to undue pressure to enter into a consumer transaction.

While the legal provisions in the country could be considered a good starting point to prevent misrepresentations, they are certainly not enough.

The never ending flow of advertisement received by Night and other millions of consumers is so prevalent in Kenya, that additional measures should be adopted.

A practical approach that might prevent consumers being victims of practices that lead to over indebtedness and acute financial stress, is setting a default option for all new and existing customers.

For instance, if all consumers who register with a financial provider were defaulted by regulation to do not receive marketing offers, unless they specifically opt in through the menu of the mobile application, it would reduce the influence on their  behavioral bias, as suggested by a CGAP study.

Alternatively, consumers who willingly opt in, would be most likely the ones who are looking to borrow for a real need and (hopefully) the ones who had an opportunity to think thoroughly about the most convenient offer in the market.

In cases when consumers agree to receive advertisement, the following minimum best practices recommended by the U.S based organization Online Lenders Alliance (OLA), should be considered in regulation:

Disclosure of the annual percentage rate;

If the loan has a variable rate, it must be disclosed that the APR may increase;

Lenders who conduct credit checks prior to offering credit, must disclose this fact;

Implications of late payment and non-payment

Additionally, to avoid the emerging risk of fraud, consumers should be made aware about their right to inform authorities and complain about mobile applications spoofing legitimate credit providers, suspected fraudulent activity, misleading information received, among other negative practices.

With the continuous growth of digital financial services and its evident benefits to financial inclusion, both providers and mandated government authorities should lead in setting the standards and best practices to address current risks, namely unfair marketing and advertisement practices.

Empowering borrowers with adequate information to make informed decisions is also in the best interest of the industry, which would benefit from a healthy and profitable portfolio comprised of loans from financially capable consumers.

'What a board?! Are there no women that qualify to sit on Nairobi Hospital's board?'

By Tony Mutugi | 1 hour ago

By Macharia Kamau and Wainaina Wambu | 16 hours ago

By Benard Lusigi | 19 hours ago