Affordable housing plan gets Sh510b shot in the arm 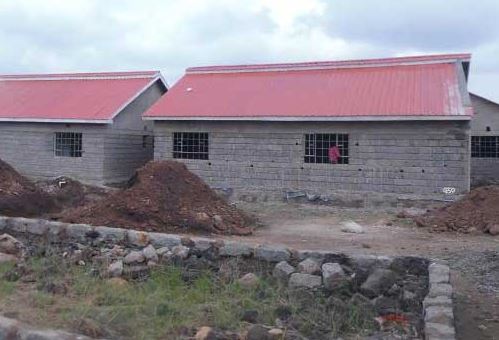 The Government has secured $5 billion (Sh510 billion) from private financiers towards its affordable housing project.

Several cases are pending in court over the implementation of the controversial 1.5 per cent housing levy on salaried employees.

The Federation of Kenya Employers is among those who have opposed the plans.

The PS, however, did not disclose the names of the private investors, saying they would be unveiled next week.

He blasted the country’s “warped” mortgage system for the low rate of home ownership.

“For a country of over 40 million to have 25,000 mortgages shows there is a systemic problem, and you don’t fix such a problem by doing business as usual, that is why we are getting the private sector to come on board,” he said on Tuesday evening at an event at the French Ambassador's residence in Nairobi.

Hinga at the same time explained that the transfer of the now completed low-cost houses at Park Road, Ngara had hit a snag due to legal challenges of splitting the single title deed.

The six-storey 228 housing units were constructed under the first phase of the affordable housing project that targets to put up 500,000 houses by 2022.

He said financiers needed the titles to use as collateral for funding purchase of the houses.

“We have managed to attract big investors that are going to invest north of $5 billion in affordable housing, but they’ve recognised that we have challenges with the housing fund, which was supposed to be the answer to financing the end user,” said the PS.

“The (Ngara) houses are complete; it is just the mechanism of transferring that is complex,” explained Hinga.

Standard Chartered Bank Kenya has posted Sh6.2 billion in after-tax profits for the nine months to September this year.

By Odhiambo Ramogi | 8 hours ago