Bank CEO who jumped the gun on interest rate charges 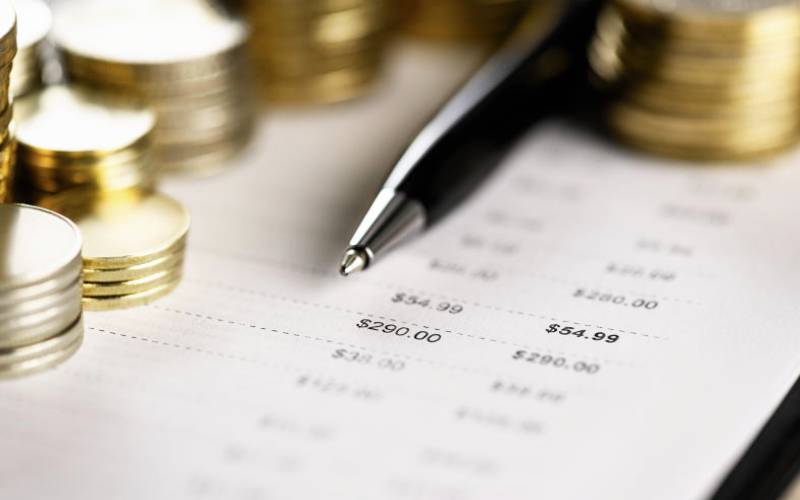 On Friday, the name Chege Thumbi grew to represent more than just the man.

It flew in the face of promises from banks that borrowing rates would not go back to the 25 per cent-plus levels that had characterised the years before September 2016 when rate cap came into force.

However, barely 24 hours after President Uhuru Kenyatta signed into law an amendment that scrapped a cap on lending rates, the Sidian Bank chief executive sent out a staff memo revising interest rates upwards “based on the associated credit risk”.

According to the rates proposed by the bank – which is owned by Centum, where businessman Chris Kirubi is the largest shareholder – small and medium enterprises, as well as retail customers, would pay up to 19 per cent for loans, an increase from 13 per cent under interest caps.

Mr Thumbi had instructed his staff to implement the new charges immediately.

The memo, coming from an industry fighting the perception of greed, spread quickly, and with it, an outpouring of vitriol from customers against banks.

To many Kenyans, it went to show banks could not walk the talk on self-regulation when it came to setting interest rates.

But sources said Thumbi’s move went against what the industry had agreed to do, and Central Bank Governor Patrick Njoroge was not going to allow him to backtrack on an industry pact to avoid any hasty moves on reviewing interest rates after the removal of the caps.

A banking industry insider said an angry Dr Njoroge sent out a message to sector leaders after Thumbi’s memo, reiterating the agreement they had. In fact, according to another source at a leading bank, the governor has intimated that he does not want anything higher than 16 per cent.

Hours after the controversial adjustment by Thumb, a statement from Sidian Bank’s board, led by the chairman, James Mworia, over-ruled the changes and dismissed the memo as “not true”.

“The bank is committed to act responsibly and will not increase interest rates arbitrarily,” the statement released on Saturday read in part. The board’s statement echoes an earlier memo released on Thursday last week by Joshua Oigara, the Kenya Bankers Association chairman and KCB Group CEO.

Mr Oigara said customers should not expect a sudden increase in lending rates, adding that the “regime of the 20 per cent interest rate is long gone”.

Co-operative Bank, on its part, last Wednesday announced that it would retain existing interest rates for all its current loans, a proposal MPs had floated after President Kenyatta indicated he wanted to repeal lending caps.

Sources said bankers had agreed, as a group, to avoid making any hasty decisions on reviewing interest rates, if for no other reason, to prove that they can self-regulate.

Thumbi went against an industry decision and was hastily summoned to Central Bank, sources said, just hours after his memo was released.

It is, however, not surprising that Sidian Bank, a small bank by volume of assets and even by the size of its loan book, would be the first one to jump onto the laissez-faire credit market, following the repeal of the provision that capped interest rates.

Small banks have borne the brunt of the rate cap, which had been in place for three years, and they have been itching for an opportunity to once again operate in an environment where it does not exist.

Without the liberty to squeeze an extra shilling from their borrowers, mostly small and medium-sized enterprises (SMEs), and with big banks refusing to do business with them fearing the potential of a bank run on one of the 20 or so small banks, the financial health of tier-three banks has taken a serious beating in the last few years. Before the rate cap came and spoilt the cash party for banks, small lenders were the risk-takers, taking on the gamble of lending to collateral-less informal traders across the country. And for their efforts, they were able to push interest rates up to 30 per cent.

A 2019 report on the impact of interest rate controls in Kenya by the International Monetary Fund (IMF) notes that the share of bank loans to micro, small and medium-sized enterprises (SMEs) — who are typically the higher-risk borrowers — was significantly larger for small banks.

“The overall share of banking sector loans to SMEs was about 18 per cent. However, the share for small banks (about 40 per cent) was significantly higher than that of large banks (13 per cent),” notes the report.

Those violating the law face a maximum fine of Sh3 million or two years in jail, a copy of the law seen by Reuters showed.

By Paul Kangethe | 7 hours ago

By Esther Dianah | 9 hours ago