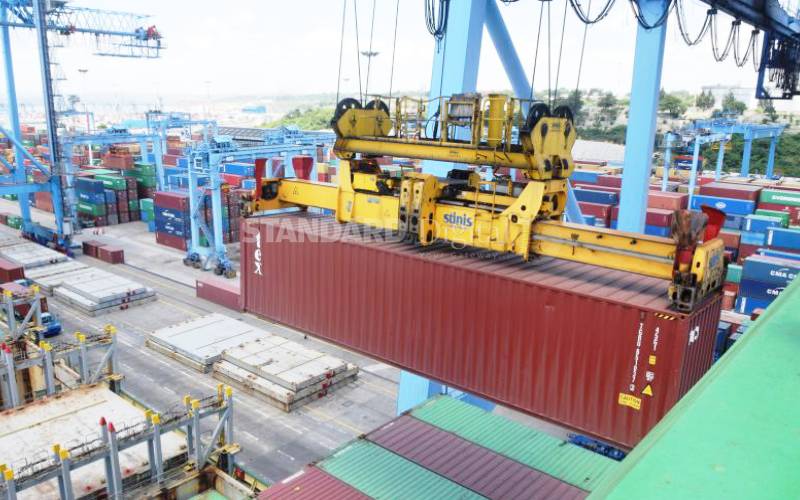 Cargo throughput at the Port of Mombasa has increased by 9 per cent in the last nine months of 2019, compared to a similar period last year, a new report shows

Cargo throughput is the average quantity of cargo that can pass through a port on a daily basis from arrival at the port to loading onto a ship.

The report by the Kenya Ports Authority (KPA) shows that the Port of Mombasa also increased trans-shipment trade, which grew 137 per cent on average in the period under review.

According to the report, the volume of cargo is projected to further increase towards the end of the year as orders for the festive period start arriving.

On Saturday, KPA Managing Director Daniel Manduku attributed the growth in cargo volume to increased efficiency at the port.

He added that Lamu Port Consortium (LPC) was negotiating a public-private partnership (PPP) with a South African firm, Transnet SOC, to run the port in Lamu.

The first three berths of the new commercial port at Kilalani are expected to be commissioned by President Uhuru Kenyatta next month.

“The negotiations are still going on between LPC and Transnet. We are yet to conclude on the matter,” Manduku said.

According to the KPA boss, Lamu Port is expected to open up the trans-shipment business segment. This is the shipment of goods to an intermediate destination before they are transported to a final destination.

In Mombasa, trans-shipment traffic grew from 791,257 tonnes in the first nine months of 2018, to 1.9 million tonnes over a similar period this year.

Container traffic increased by 102,311 twenty-foot equivalent units (TEUs), or 10.7 per cent, after registering 1.1 million TEUs in the nine months to September this year.

Manduku added that the Second Container Terminal handled 381,288 TEUs from January to September this year, equivalent to 36 per cent of the total container traffic handled at the Mombasa port.

Upper Railways was built in early 1900 when the Uganda Railways reached Kisumu.