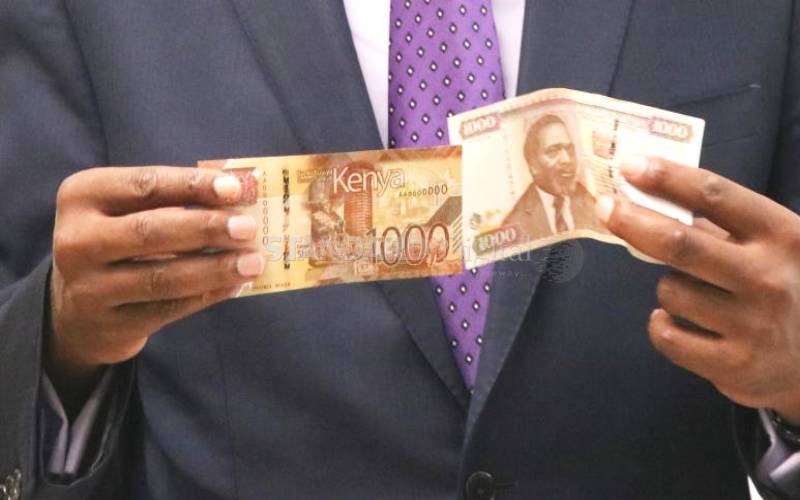 Central Bank Governor Patrick Njoroge has said the deadline for the withdrawal of the old Sh1,000 notes will not be extended.

Speaking in Kwale on Friday, Dr Njoroge said after September 30, the old generation Sh1,000 bank notes will be rendered valueless.

“I want you to take this message to every corner of the country that people have to dispose of their old Sh1,000 bank notes by September 30. We shall not extend the period,” Njoroge said.

The governor also launched a campaign dubbed “Badilisha Noti Za Elfu Moja Sasa”, that seeks to sensitise people on the need to do away with the old notes.

Njoroge said the new notes can be easily identified through a number of ways such as touching, trying to identify a distinctive watermark and a picture of a lion, among others.

Speaking at the same event, Kwale Governor Salim Mvurya assured Njoroge that his administration will help in sensitising residents on the need to dispose of the old notes.

“We feel honoured that you chose Kwale County to start this sensitisation campaign. We will support you fully,” Mr Mvurya said.

The judge observed that the court had in a Sh5.2 billion case filed by Ecobank ordered firm not to dispose of its assets or transfer its monies.

By Thompson Reuters Foundation | 20 hours ago