With new residents, Happy Valley has little to smile about 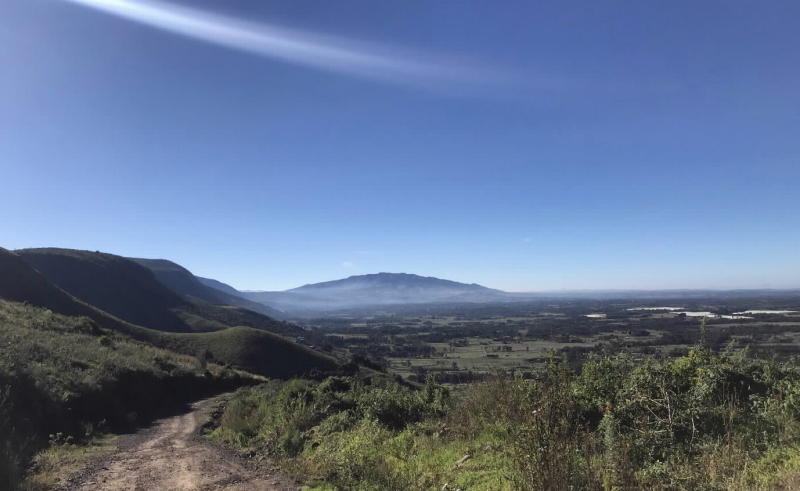 The Wanjohi valley, better known as Happy Valley, is a scenic region in Nyandarua County and one of Kenya‘s most famous landmarks. It hugs the Aberdares to the east, Lake Ol Bollosat to the north and Mount Kipipiri to the south. It is bordered to the west roughly by the Gilgil -Nyahururu road.

This small strip of land, about 50 by 20 kilometres, has a  fame that is disproportionate to its size.

The enduring image of Happy Valley is one of decadence with drugs, alcohol, sex and suicides. It is in this famous valley that Lord Errol, Alice de Janze, Lady Idina and other less-known affluent men and women made merry. Some books at a small library at Nyahururu Golf Club bear names of some of the people who once made Happy Valley their home before the wind of change blew them away after independence.

Next time you drive to Nakuru, turn right at a small town called Flyover just before you start descending to Naivasha. After driving through oddly named towns like Haraka, Njabini, Engineer and Machinery, you will drive into Happy Valley from Mawingu (clouds) to Ol Kalou. Mawingu is a huge colonial house which was the epicentre of the Happy Valley.

The beauty of Happy Valley, the fine weather without mosquitoes, may have attracted the British settlers. Some Afrikaans or Boers lived nearby but did not participate in the extremities of the valley. One lady whose father, Kenneth Wilfred Nunn, lived on the edge of the valley in Shamata and came from England in 1955, told me the weather around Happy Valley was more like England. It is a paradox why British settlers were buying land in the white highlands as Mau Mau ranged.

The settlers who once farmed this place were rich and affluent, even with titles like Lord. They could afford happiness, whatever its definition.

In the 1920s and 1930s when Happy Valley was at its peak, only a handful of houses dotted the valley, mostly hugging the Aberdares with a scenic view of the Rift Valley. They were spectacular dwellings, some which are still intact, like Gibb’s. Others like Morgan Glenville’s had Malewa River flowing underneath. Geoffrey Buxton built the first house in the Happy Valley in 1906. It’s still standing with mud walls!

Many decades after independence, the men and women who inherited the valley are not that affluent. Economically and socially, they are not that happy. They have less land to grow crops or keep dairy or beef cattle on. The few isolated homes and their thousands of acres of farmlands have been replaced by small pieces of land, most less than five acres or even smaller after sons and daughters subdivide the land. An aerial photo of Happy Valley shows small dots of iron sheet houses.

One rarely talked about source of unhappiness in Happy Valley and Central Kenya is having women inherit land from their parents.

The small towns that dot Happy Valley such as Sophia, Kariamu, Miharati, Rudisha, Rironi, Mawingu and Wanjohi do not look that affluent or happy. The names are strange because they are concocted from wazungus’ names. The once bushy slopes of the Aberdares have been deforested and settled. You can clearly see evidence of pressure on land with no more available for settlement.

The new landowners had less resources to develop their small plots. While mzungu used tractors, they use hoes. With mostly subsistence farming, it is unlikely that Happy Valley will ever recover its previous grandeur and fame. Going by subdivision of land, it seems there has been little immigration out of the area.

This has created another problem; the community has become conservative and inside-looking. No houses built by the current inhabitants can compare in size and grandeur to colonial ones.

But all is not gloom in the valley. The Chinese are currently building a high power transmission line to Suswa from Ethiopia or northern Kenya. The presence of the Chinese in Happy Valley of all places shows how fortunes have changed over the years. One wonders what Lord Errol or Lady Idina would say if they found the Chinese there.

The other new face of Happy Valley is green houses growing flowers for export. Flowers are popular during Valentine’s day and weddings, when we are happy. The flowers can be construed as the lasting reminder of the valley’s happiness. But we should not forget flowers are also popular on funeral days.

A tarmac road cuts through Happy Valley, making it more accessible. Before that, the valley was inaccessible after the rains. This  road could attract investors and change the fortunes of this infamous landmark. The small towns now have power. Such investment could make the valley happy again.

The valley has changed hands over the last century. First from Maasai pastoralists to British and Afrikaans settlers. The Maasai footprints are seen in names such as Ol Kalou, Kipipiri, Shamata, Ol Bollosat and Ol Joro Orok, among others. The settlers farmed the land while making merry; they kept sheep and dairy cattle - with cheese making once a big industry. They even used to play polo in Happy Valley, while golf was played at Nyahururu (Thomson Falls).

The white settlers, through the one million acres settlement scheme, passed the land to the present Kenyan owners who now farm the beautiful valley. Some of the current owners worked for the settlers and came from different parts of the country. With many not getting formal schooling and interrupted by Mau Mau, they are struggling to catch up with modernity.

Most schools in Happy Valley were built after independence. The current residents are mostly mixed farmers growing vegetables including potatoes, carrots and cabbage in addition to maize and dairying. You often find them washing carrots by the rivers.

On a Sunday morning, the Happy Valley brightens up as men, women and children flock to churches. Religion does not seem to have been a big factor in the valley with the oldest church at Ol Kalou only built in 1952, long after Happy Valley had seen the best of its days. The death of Lord Errol in 1941 marked the end of the golden days. He was buried at a church in Kiambu town despite his fame in womanising - perhaps to atone for his sins.

The change of ownership seems not to have changed the fortunes of the Happy Valley. Whether rich and affluent like the British settlers or the current poor owners, both seem to lack something to make their life complete and happy.

The latest change in structure of government with devolution spawning 47 counties does not seem to have changed the valley much.

Happy Valley is blessed with immense beauty and weather with plenty of sunshine and rain but no one seems to have combined all the advantages of the small valley to change its economic fortunes.

Well-packaged, this small valley could rival Egypt’s Valley of the Kings in bringing in tourists and their dollars. After all, some of the world’s most famous civilisations flourished along valleys like Tigris-Euphrates in Iraq, The Nile in Egypt, the Indus in India and Yellow River in China. Why not the Happy Valley?

Could the valley be captive to the ghosts well-documented by Juliet Barnes in her book Ghosts of Happy Valley? A visit there leaves no doubt we need to exorcise its economic ghosts. Such ghosts are not  peculiar to Happy Valley, most rural areas have ghosts that hold their economic progress captive. The ghosts include conservative cultures, unchecked population growth and brain drain where the brightest and most ambitious immigrate to urban areas.

How do we expect the rural areas to grow economically with no innovations and new ideas? The best minds only return to rural areas for burial. Devolution was touted as the ghost buster, we are waiting and watching.

Happy New Year to all our readers wherever they are on this universe.

After Kabila finally agreed not to defy presidential term limits, Kash drew a weeping Joseph with his signature salt-and-pepper beard.

Cost of living shoots to the highest since August 2017

By Brenda Kerubo | 6 hours ago