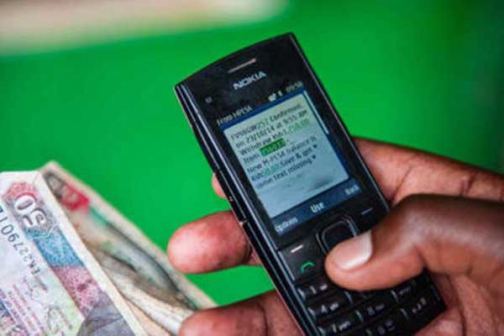 The billionaire co-founder of e-Commerce company eBay, Pierre Omidyar, is donating Sh52 million to give 6,000 poor Kenyans a guaranteed income for 12 years. No strings attached.

Last week, Mr Omidyar’s charity, the Omidyar Network, said it would be making the $500,000 donation to GiveDirectly, an organisation that hands out free cash to the poorest people it can find in Kenya and Uganda.

GiveDirectly, which is planning to run the largest cash transfer programme in the world, was founded in 2009. It settled on its model of offering the poor a universal basic income after its four founders “found that cash transfers had a strong evidence base, and that the rapid growth of mobile payments technology in emerging markets had opened the door to delivering cash transfers securely and efficiently on an unprecedented scale”.

To identify beneficiaries, the American organisation uses national data to identify poverty hot-spots, and then sends out staff to these villages and communities to enroll eligible households. GiveDirectly uses a range of factors to determine who deserves its cash, including the size of one’s house, or whether one has a house at all, and the assets owned. It has also experimented with asking residents to nominate who among them deserves a basic income.

It is looking for Sh3.1 billion ($30 million) for the project, and has already raised Sh2.4 billion from the public. Fundraising continues. Outside this project, GiveDirectly has been giving qualifying households about Sh103,000 ($1,000) over the course of a year. The Economist previously highlighted the story of Gabriel Otieno Anoche, a GiveDirectly beneficiary. He got into the programme after a satellite passing over the region took a photo of his roof in Western Kenya. Data monitors in the Phlippines noted the roof did not reflect any light, so it must have been a thatch roof, not a tin one. This, they noted, indicated Mr Anoche, then 25, was poor.

GiveDirectly sent out its staff to Anoche’s home to verify his status, and on being satisfied he met the criteria the organisation uses, gave him and his wife a mobile phone linked to a bank account and Sh103,000 that they were free to spend as they liked.

The organisation settled on operating in Kenya and Uganda because both countries have a significant population living in poverty, and Kenya has a well-developed mobile payment ecosystem that would support GiveDirectly’s model, while Uganda’s still-developing mobile payments system would test “our own ability to manage transfers under more challenging circumstances”.

The Omidyar Network, in explaining why it chose to donate to the organisation, noted that cash transfer programmes have had “remarkable outcomes”, including “improvements in nutrition, household income, status of women, school attendance, and a range of other positive indicators”.

The idea of providing a universal basic income (UBI) has seen a renewed push in recent years. Switzerland held a referendum last year on a proposal to give adults an unconditional monthly income. The vote, which was the first of its type in the world, was, however, rejected by 77 per cent of voters.

India is planning to run a two-year UBI in its poorest villages, with an NGO proposing to give individuals Sh1,450 ($14) per month to use as they want. The programme is expected to provide evidence on the effects of unconditional cash transfers.

Kenya does not have a UBI, but it runs cash transfer programmes that give Sh2,000 a month to poor and vulnerable people who are aged over 65, the severely disabled or those living with orphans. The programmes have supported hundreds of thousands of Kenyans.

Omidyar Network said it is supporting the organisation’s “most ambitious UBI experiment in history” in the belief that the data collected will improve the empirical evidence on when and how to best use the concept of a basic income.

“While we don’t know what the right answer will be, or whether UBI will prove useful or feasible, this is an important first step on generating data, so that policymakers can make informed decisions ...GiveDirectly’s pilot in Kenya is geographically-specific and focuses more on the issues around poverty alleviation than questions about jobs displaced by technological change,” Omidyar Network said.

Dustin Moskovitz, a co-founder of Facebook, is also backing GiveDirectly.

Isiolo might be excluded from the Lamu Port, South Sudan, Ethiopia Transport (Lapsset) corridor following recommendations to change the route over wildlife concerns.

By Frankline Sunday | 6 minutes ago