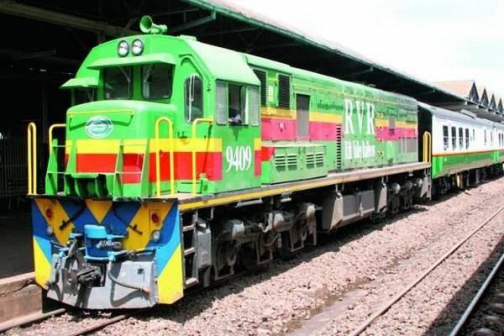 The World Bank has released its final report revealing that more than Sh16.5 billion loaned to Rift Valley Railways (RVR) by a consortium of international financiers was misappropriated.

The report shows RVR managers conspired to defraud lenders and the Kenya Revenue Authority (KRA) of millions of shillings and left the company in a worse financial position.

The acts were meant to conceal the company’s true financial position, which had deteriorated because of its inability to generate cash even as its liabilities mounted. The World Bank’s Integrity Vice President’s (INT) office, which conducted the audit, also found that RVR principals impeded the review through delays, failing to avail documents.

“In the course of INT’s administrative inquiry and inspection, INT found evidence that it believes is sufficient to conclude that it is more likely than not that RVR Group and Messrs Karim Sadek, Hassan Massoud, Carlos Andrade, Bong Yoon, Sammy Gachuhi, Fabio Steffler engaged in corrupt, fraudulent, collusive and obstructive practices in the procurement, financing and import of 20 units GE B23-7 refurbished locomotives,” INT’s Operations Manager David Fielder concluded after the audit.

The World Bank launched investigations into the purchase of locomotives by RVR in 2015 following a loan it had helped arrange.

Investigations by The Standard covering Kenya, Brazil and Egypt spotlighted a decision by the the company to buy used locomotives and refurbish them instead of acquiring brand new ones. The contract signed between RVR and National Railway Equipment Company (NRE) of Illinois, USA, showed that locomotives model GE B23-7 were bought from NRE at $170,000 (Sh17.59 million) each and modified at a cost of $985,000 (Sh101.9 million) each.

Data from international suppliers of used metre gauge locomotives showed that a single unit of a used locomotive costs between Sh4.5 million and Sh11 million depending on the year of manufacture. The money used in the purchase of the locomotives was part of the more than $164 million (Sh16.9 billion) loaned to RVR to improve efficiency, standardise its operations, increase market share for rail traffic and improve the company’s competitiveness.

The total amount in the capital expenditure package was more than Sh28 billion as the shareholders were to inject a further Sh8.2 billion in equity. The balance of the funding was to be contributed by free cash flow.

The ethics audit report, shows that the World Bank has since written to RVR and those adversely named asking them to show cause why sanctions should not be imposed against them. They have also been given an option of settling the matter with the World Bank. Imposition of sanctions means that the multilateral lender could bar the railway operator and the individuals from participating in any new World Bank-financed projects.

Other international financial institutions that co-operate with the World Bank, could also adopt similar measures against the parties.

When RVR applied for the $22 million (Sh2.2 billion) IFC loan, it signed an agreement stating that the funds would be used to buy the 20 locomotives from US-based National Railway Equipment Company (NREC) in a straightforward transaction. But the World Bank found that by the time the loan was disbursed on July 1, 2014, the executives had created an intricate web of companies that left RVR as a mere lessee of the locomotives having also prepaid some Sh832 million to NREC in its original status as a direct buyer.

The change of plans was prompted by a February 20, 2014 decision by the concession supervisor Kenya Railways to reject RVR’s purchase price of $23.1 million (Sh2.3 billion) for the locomotives. This meant that the engines could not be carried at that amount in the conceded asset account (CAA), effectively barring it from using IFC’s funds which were pegged on the locomotives being valued at the full amount stated by RVR when it applied for the loan.

Qalaa Holding’s, the company that controls and operates RVR, shows that the firm secured another Sh1.8 billion asset financing deal with Standard Bank of South Africa and CFC Stanbic Bank towards the acquisition of the 20 new locomotives from the US as part of a programme to enhance service delivery on the Northern Corridor.

Upon getting the loans, Rift Valley Railways Investments (Pty) Ltd (RVRI) — a sister company of RVR — that is registered in Mauritius signed a management and technical services agreement with a Brazilian company, América Latina Logística (ALL).

The pact assigned ALL the task of providing key support to RVRI’s five-year three-point rehabilitation and investment programme aimed at ensuring long-term improvements in safety and efficiency along the Kenya-Uganda railway. The plan included buying new locomotives and wagons, upgrading the railway line and investing in the right expertise that entailed substantial investment in Information Technology (IT) systems that included establishing a train’s monitoring computer system.

It is not clear why RVR opted to buy used locomotives. According to the firm’s capital expenditure plan, it had budgeted for DFI’s $60 million (Sh6.2 billion) financing to buy 20 new locomotives. The contract signed by NRE and RVR shows the first three locomotives were to be modified at Sh99 million each or $1.15 million (Sh1.1 billion) for the three. Modifying the locomotives was nearly six times the buying price.

It is not clear how much the remaining 17 locomotives cost; the contract between NRE and RVR is silent on this. However, the agreement states in part: “The modification services costs of the remainder of the 17 locomotives to be in accordance with the scope or overhaul agreed between both parties, which scope shall form part of and be read together with this contract.”

Government to tax your airtime to raise money for projects

Tea prices at the Mombasa auction started 2017 on a slow note to register a sharp drop compared to prices at the last auction of 2016.

By Graham Kajilwa | 23 minutes ago

By Sharon Kinyanjui | 23 minutes ago

By Wainaina Wambu | 23 minutes ago

By Wainaina Wambu | 23 minutes ago

Broke? Speak for yourself as wealthy Kenyans snap up luxury cars, bikes
Feedback