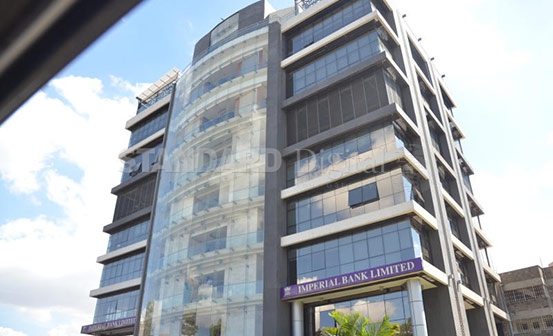 A company associated with Devani and Somaia families has been linked to the rip-off that led to closure of Imperial Bank. It has now emerged that Jade Petroleum, which received over Sh3.5 billion in irregular disbursements from the bank, is associated with the two families.

Weekend Business has also learnt that audit firm PKF Kenya, which audited the books of the bank at the peak of the theft, which saw the lender lose Sh38 billion of depositors’ cash, was also auditing the books of Jade Petroleum. Shareholders of the bank are considering suing PKF.

This provides a new ground of possible conflict of interest given that PKF auditors also received some loans from the bank against Central Bank prudential guidelines.

Our independent search at the company registry shows that Jade Petroleum Limited was incorporated in May 2003 to market refined oil products and has operations in East and Central Africa. The firm’s annual returns as at October 2015 list Mr Devani and Somaia as the largest shareholders.

Raj Devani is related to Yagnesh Devani the proprietor of Triton Petroleum Ltd who fled Kenya in 2009 and a warrant of arrest issued against him. He was later arrested in Britain but is yet to be extradited to Kenya.

Triton illegally withdrew 126.4 million litres of petroleum products valued at Sh7.6 billion from Kenya Pipeline Company between November 2007 to November 2008 without the approval of financiers. Triton was put under receivership in December 2008.

Amar is the son-in-law of Pankaj Somaia, who is a cousin and business associate of Kenyan born billionaire Ketan Somaia currently jailed in Britain for fraud. Ketan was jailed in July 2014 by a London court that found him guilty of fraud.

It is also emerging that the unnamed Central Bank staff received ‘end month special loans’ from collapsed Imperial Bank, in revelations that for the first time link employees of the market regulator to the scandal.

According to attachments to the FTI Consulting forensic audit that unearthed the rot at the bank, the auditors found a folder in the google drive of the late managing director of the bank, Mr Abdul Janmohamed, where he listed the names of people who were illegally given money through the back door.

On top of one of the sheets titled end month special loans is ‘Central Bank Loans’. There is, however, no details of the name of the actual recipient of the loan, the value date, and amount disbursed and the contract reference number.

It is not yet clear why the late managing director would have the CBK on such a list that also has some of the names of the companies that received loans from the bank without due process.

It is understood that this could be part of the evidence that the shareholders are gathering to sue the CBK in a separate suit. Jade may, however, get away after the forensic audit recommended that the bank formalises the disbursements made to it as part of the recovery strategies.

“Of the Sh38 billion gap, Sh34 billion relates to Tilley...we are pursuing the client (Jade Petroleum) for Sh3.5 billion,” the FTI said in the audit presentation as part of the way forward for the bank.

FTI revealed shocking details of how eight members of a family that largely deals in the fish business conspired with the bank’s top managers to siphon Sh34 billion from the bank in one of the biggest bank thefts to strike the banking industry.

According to the FTI, the bank’s senior management led by its late managing director Mr Janmohamed committed a systemic fraud by running a hidden ‘parallel’ bank which disbursed billions from the bank.

The hidden ‘parallel’ book and financial statements were never disclosed to the Board or reported, which concealed true underlying position of Imperial Bank. The bank lost Sh38 billion in total, with W.E Tilley accounting for the lion’s share of the losses.

It is also understood that after Janmohamed died, one of his biggest business partners approached the shareholders of the bank with a bribe in a bid to ‘make the scandal disappear.’

The bank also wants to recover Sh2.5 billion from the late Janmohamed’s estate and another Sh11.8 billion is being hoped to be recovered from other unauthorised disbursements.

Also on the lender’s recovery plan is seeking a strategic investor to pump in Sh12.5 billion, a plan that has been rejected by the Central Bank.

The CBK wants the shareholders to pump in Sh20 billion hole that will be left after the recovery is done instead of sharing the burden with a strategic investor. The bank also hoped to raise Sh1.25 billion from the sale of its stake in Imperial Uganda.

The majority shareholders had initially proposed to inject Sh10 billion in the bank. But at a recent press briefing, this became a moving target after they indicated that the amount to put in the bank will depend on due diligence being conducted by CBK, which is expected to establish the actual capital injections needed in the bank after the looting.

These efforts were expected to raise in total Sh38 billion, the sum which was stolen. This comes at a time when a judge has asked warring parties over the bank to consider solving the crisis surrounding the financial institution out of court.

“Consider going for mediation. I do not see any issues of law in the case and there is willingness to inject money to revive the bank. There is something that can resolve the issue,” High Court Judge Fred Ochieng recommended last week.

The Nairobi Expressway is great, now let's look beyond the beauty
Feedback