By Nicholas Waitathu and Kenneth Kwama

NAIROBI, KENYA: For many people, being named the head of one of the country’s top parastatals would be the culmination of a long hard climb to the top and a validation of success.

But that is not how the former Managing Director at Tea Board of Kenya (TBK) Cecily Kariuki and her elder sister, Loise Njeru, MD at Coffee Board of Kenya (CBK) were raised to feel. Their father taught them not to be content with the average.

“Our father was very humble and particular and always referred to us as his ‘boys’. He didn’t discriminate, but gave all his children an equal chance at life,” explained Njeru during an interview in her office.

The story of the two sisters and how they were practically programmed to become leaders is a rarity that mirrors soap-opera-like drama. But that was before the younger sister, Cecily climbed a notch higher to the position of Principal Secretary in the Ministry of Agriculture.

CBK must defend innocent mwananchi by reigning over rogue banks

Both display an easy humour that is too often absent in corporate leaders, but can also be as tough as steel when need arises. They say they were encouraged to be independent and ambitious, and to ‘break paradigms’. From a young age, both say they knew they wanted to be leaders, even though they could not tell precisely what job they were aiming for.

They are also among a surprising number of siblings with powerful corporate posts outside of family-controlled firms. The sisters meet occasionally over a cup of coffee or tea. During those power talks, Njeru says they consult on issues facing them and at times she gets useful career advice from her younger sister.

So when the younger of the two corporate climbers, Cecily, was feted by President Uhuru Kenyatta last month by being named the Principal Secretary for Agriculture–the second highest office in the ministry, it was the culmination of an entrepreneurial spirit that she was sure would one day land her in a big job somewhere.

Until about one month ago, both sisters were presiding over Tea and the Coffee Boards, controlling Sh400 billion combined and in the process, impacting the daily lives of every Kenyan and in the process regulating key export commodities that impact several other millions of lives elsewhere in the world.

So how did the two sisters end up getting the influential jobs in the same ministry?

According to Cecily, her elder sister, Njeru, sat for an interview in one of the public universities the same day she attended hers at the Tea Board. So when Cecily called her elder sister later that night to share with her the day’s happenings, she was informed Njeru too had attended an interview.

They wished each other good luck. “When I reported as the managing director, the industry earnings stood at Sh47 billion but after a lot of determination and struggles against some strong negative forces, the proceeds increased to Sh127 bilion by the year that ended December 31, 2012,” says Cecily.

This makes the tea industry the leading foreign exchange earner in the country.

Very few people know that the two are sisters. Both were incidentally appointed during the tenure of former Agriculture Minister Kipruto Arap Kirwa. In May 2008, both accompanied former President Mwai Kibaki and other senior government officers to the Fourth Tokyo International Conference on African Development (TICAD IV) in Yokohama Japan.

Their presentation at the meeting impressed Kibaki and a further inquiry, the delegation discovered that the two were sisters.

Before her appointment as Principal Secretary, Cecily was serving her third term as the MD of Tea Board, while Njeru has been the MD at the Coffee Board since 2007.

Both have been credited for steering the two boards to greater heights and in the process, enhancing Kenya’s profile as one of the best suppliers of the two products in the world.

Calling each other role models, the two sisters were born and brought up in Embu County more than 40 years ago and have cast-off the notion that women cannot excellently perform in male dominated fields. Both are married and have demonstrated best management practices in their respective fortes.

They attribute their success to the upbringing background they received from the parents mainly their father who always regarded all his children as boys regardless of their gender.

Further, the two says adoption of affirmative action in the government circles has enabled them to execute their mandate.

Despite working in busy offices they still afford sometime to share experiences.

To work in the Government as sisters has not been easy for them as sometimes they have been criticised and accused of being favoured by the system to get plum jobs.

“At one time we were incensed by the talks and wanted to invite the media and defend our position, but after mulling over the issue we dropped the matter,” says Cecily.

Cecily, who spoke to Weekend Business at the TBK Headquarters on Naivasha Road, before her appointment as Principal Secretary, said none of them knew the other was being recruited although both joined the government at different times.

She, however, acknowledges that her sister is a role model who has always guided her in life.

“Over and above being my elder sister she has been my guiding star and has been a good encouragement to me in the agriculture sector as I came from a marketing background.”

Before joining TBK, Cecily was the chief executive of Fresh Produce Export Association of Kenya (FPEAK).

Njeru says her sister Cecily has been a good role model.

“We come from a humble background and it is out of our hardworking attitude that we have managed to be where we are today,” she says.

Njeru was appointed MD at the Coffee Board in 2007. Before then, she was the Head of Research Liaison Section at Coffee Research Foundation (CRF).  She emerged the winner in a recruitment exercise presided over by the recruiting agency Manpower Services (K) Ltd.

Njeru joined the coffee industry at a time when there was a lot of resistance to implementation of reforms and depressed prices.

Six years down the line Njeru counts huge benefits as the industry is back on track and yearning to go great heights.

US charges intelligence analyst with spying

The US justice department has filed criminal charges against a fugitive ex-intelligence analyst who leaked details of a secret surveillance operation. 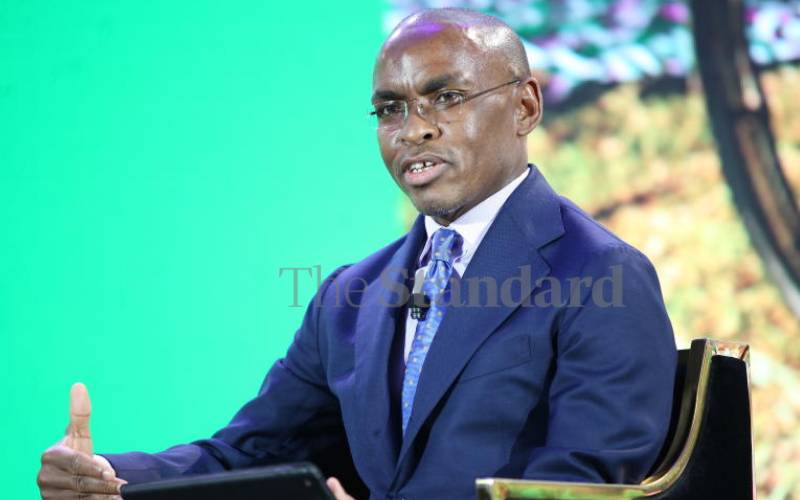