The government needs at least Sh10.5 billion to respond to the raging famine and drought in parts of the country.

Finance PS Joseph Kinyua told the Budget Committee of Parliament that Treasury has saved Sh8billion for emergency interventions and allocated the monies to the Water, Agriculture and Special Programmes ministries.

Kinyua said the government requires over Sh2 billion to fill the deficit, which it hopes to get from donor agencies and well wishers.

Kinyua said the adjustments were made during the making of the 2011/2012 budget preparation to stem starvation and hunger but lamented that most ministries return half of their funds to Treasury every fiscal year.

"The rate for absorption for development expenditure is between 50-55 per cent for most ministries. This means we have enough to tackle the enraging drought in parts of the country," said Kinyua.

There have been accusations that some ministries were allocated more money than others.

"It is unacceptable that the response this year is so late and not as well coordinated as it should be. It is not the consequence of ill will. Rather, it results from structural problems in the way both drought and arid lands development are addressed in Kenya," said the minister for Northern Kenya Development, Mohammed Elmi.

Currently about 2.4 million people, up from 1.6 million last year, require food and non-food assistance for the next six months, at least. The interventions are required urgently, so as to bridge significant household food gaps while protecting livelihoods.

"The current situation mirrors last year’s disaster when hundreds of livestock died because of drought in the North," said the Minister.

He joins other two key ministries of Agriculture and Special programmes, which are critical to intervention measures in warning that their kitties were empty and called for immediate support to save humans and animals.

An international agency Oxfam has also accused aid agencies and rich governments of willful neglect as the aid effort to avert catastrophe in East Africa limps along due to a Sh115 trillion shortfall.

Oxfam says it was morally indefensible that several rich countries and donors had failed to contribute generously.

"There is no time to waste if we are to avoid massive loss of life. We must not stand by and watch this tragedy unfold before our eyes. The world has been slow to recognise the severity of this crisis, but there is no longer any excuse for inaction," said Fran Equiza, Oxfam's Regional Director.

In Kenya those affected are pastoralists, agro-pastoralists and marginal agricultural farm households, who from assessment are said to be in a precarious situation and need agent food and non-food interventions.

So far an estimated 670,500 school children are included in the on-going School Meals Programme. In addition, about 113,000 moderately malnourished pregnant and lactating women and children less than five years of age, in pastoral and marginal agricultural areas are included in the supplementary feeding programme.

The Livestock ministry appealed for Sh1.5 billion to save thousands of people and their livestock from starvation.

The rise is attributed to declining land holdings in rural areas coupled with significant disparities in development and income earning opportunities.

Northern Kenya Development Ministry is proposing the creation of a National Drought Management Authority to direct specialist and focused attention to drought – even in good years.

"This will permit long-term planning to improve the quality of the drought management system over time, such as factoring in climate change," said Elmi.

The Authority will ensure continuity in drought management, unaffected by Ministerial restructuring. It will also have the mandate to ensure effective coordination of drought response across Government and with development partners.

Lastly, it will have the credibility and autonomy to disburse resources based on clearly benchmarked triggers and guidelines.

The government has also been challenged to create a National Drought Contingency Fund, which will complement the Authority

Reshuffle of officers not the answer - Cotu

The Central Organisation of Trade Unions Secretary General, Francis Atwoli has blamed the government over the ongoing go-slow within the police force saying the officers' work under deplorable conditions. 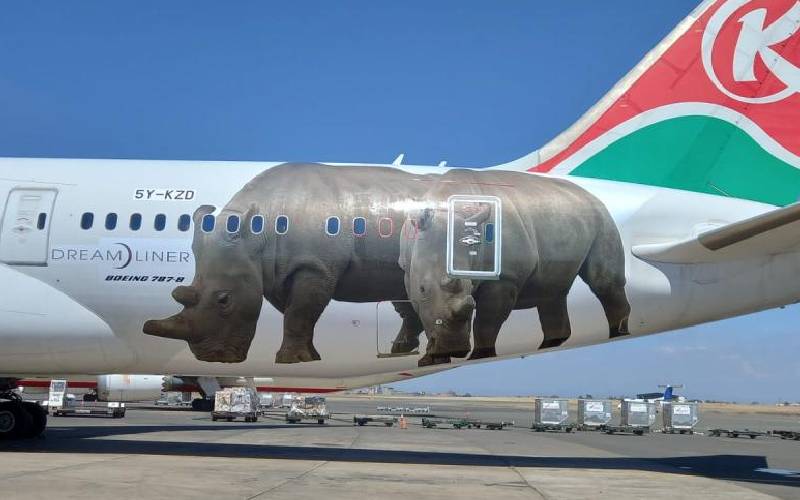 By Peter Theuri | 14 minutes ago