By Cyrus Ombati and Anthony Gitonga

Wednesday was a dreadful day for the police. The day started with the bad news an officer had been killed and his gun stolen in Naivasha after gangsters attacked a squad of policemen on highway patrol. Two innocent bystanders were killed in the crossfire when police caught up with the suspects.

Five of the suspected criminals were shot dead bringing to eight the number of deaths triggered by the Naivasha attack.

Shortly after, a senior police officer was found dead in South B, Nairobi. He had been strangled the previous night near the Kenya Institute of Mass Communication.

The day of terror began with thugs attacking policemen patrolling the Nairobi-Naivasha Highway, early Wednesday morning. Police later laid an ambush for the attackers as they sped towards Nairobi, killing four.

Two of the suspected gangsters who were shot dead were later identified as prison warders whose mission is yet to be known.

A fifth suspect, who is believed to have been part of the gang, was killed in Naivasha town.

The innocent bystanders, a cleaner and a welder, were caught in the crossfire between the suspects and police at Ruaka, about 20km from Nairobi.

The cleaner, identified as John Mwangi, 25, was on the balcony of a fourth floor house and leaning out to watch the drama unfolding below.

He was hit on the head and collapsed. The welder, Edmond Wanyama, was in a car that was caught up between a police car and that of the suspects. He was headed to work in Kiambu, with his colleagues.

The driver of the pick-up, Godwin Juma, said he heard gunshots and thought it was a tyre burst only to see blood, with Wanyama leaning on his shoulder.

"I parked on the roadside and realised he had been hit on the head. Five police officers just looked at us before driving off," said Juma.

The dramatic events started unfolding when the thugs estimated to be seven, staged a daring attack on four policemen who were patrolling the highway.

In a commando style, the thugs opened fire to suppress the officers, next to their patrol car, and commandeered their GK Nissan X-Trail.

One officer identified as J Getembe, was killed, as his colleagues ducked into a trench to escape the hail of gunfire. The slain officer is said to have tripped and stumbled as he tried to take cover. The thugs then grabbed his gun and drove off in the official car bearing police colours towards Nairobi, leaving behind their car.

Like a scene from a movie, the thugs switched on the powerful headlamps of the police car and drove at breakneck speed, with sirens blaring.

When they reached Kinungi, they blocked another car, and bundled out a couple. They abandoned the police car and drove off in the couple’s car.

And as they say, killing a cop is a sure death ticket, and the police were not going to let the gangsters get away. Contingents of crack squads were mobilised and set on the trail as others lay roadblocks on major highways.

Witnesses said the first shootout between pursuing police and the gang started near Ruaka shopping centre.

Few minutes later, police caught up with the gang at the shopping centre deflating the car’s tyres.

The gangsters jumped out of the car and attempted to flee on foot and four were shot dead while two escaped.

It was later revealed two of those shot were prison warders attached to Naivasha Prison. The other suspect killed in Naivasha was also a prison warder, even though his boss claimed he was executed in cold blood. The other deceased men were yet to be identified.

Police recovered four AK-47 rifles, including the one that had been stolen from the slain officer.

Kiambu OCPD, Samuel Mukindia, said the gang had killed the officer, grabbed his gun, took control of their car, and then sped towards Nairobi.

"Preliminary investigations show the other men come from Dandora, but we are investigating," he said.

In Naivasha, special tracking dogs helped to trace the prison warder suspect who was killed on the spot, and a Ceska pistol recovered. Warders from the Naivasha jail helped to identify the body at the local mortuary.

A police officer who declined to be named said the warder returned to the scene of the morning incident to collect a firearm he had allegedly dropped.

"A tracker dog from Oserian Company tracked him as he had bullet wounds sustained from the morning shootout," said the source.

But the officer-in-charge of the prison Patrick Mwenda termed the shooting of the warder as execution.

A furious Mwenda claimed a senior CID officer had called him earlier, informing him he had the warder in custody after the shooting.

"I’m shocked to learn the warder has been shot. This is extra-judicial killing," said the officer on telephone.

On the other two, Commissioner of Prisons Isaiah Osugo said, "We are investigating to know the source of the AK-47 rifles the alleged warders had because we use G-3s."

And in Nairobi, the body of a superintendent of police identified as Nicholas Ndaiya, who was killed the previous night, was recovered behind the Kenya Institute of Mass Communication, in South B, Nairobi.

He was attached to the Anti-Stock Theft Unit in Gilgil, was found with injuries on the neck. Ndaiya had alighted from a matatu in the area on Tuesday night, and was to cross on foot to the nearby South B Police Lines when it is believed muggers attacked him.

He had been in a meeting at Vigilance House for the better part of Tuesday, and was going to spend the night at a colleague’s house at the South B Police Lines.

Ndaiya was a member of the police reforms implementation team, which is based at Vigilance House, the police headquarters. The team has been meeting daily to facilitate police reforms. Ndaiya’s family lives in Gilgil.

Police who visited the scene said his attackers stole his mobile telephone handset only, but other personal valuables were found in his pockets. Pedestrians have complained of being attacked by muggers who usually snatch their valuables and cash in the area.

Embakasi OCPD Rono Bunei, who visited the scene, said investigations to know who killed the officer had been launched.

Looking lost, stunned, and fatigued three MPs stood in the dock as charges that could break their parliamentary careers, if found guilty, were read out.

By Dominic Omondi | 53 minutes ago

Car & General on song as investors rake in Sh1.69b 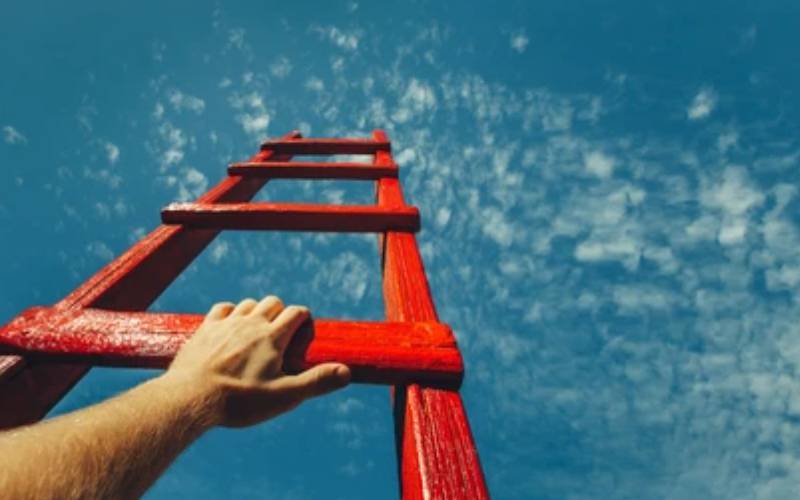 When having ‘wrong managers’ becomes the undoing of retailers
Feedback