It started as a small matter of compliance with the law — but President Kibaki’s unilateral reappointment of Justice Aaron Ringera and two Assistant Directors was snowballing and threatening to consume the entire commission.

Today, Parliament — the country’s supreme lawmaking organ — will not only seek to revoke the re-appointments, it could also see the introduction of a draft Bill that seeks to abolish the Kenya Anti-Corruption Commission (KACC).

Also in the cooking pot is a plot to deny the commission funding, thereby crippling it and its operations altogether. On the judicial front, the lawyers’ body and 15 civil society groups moved to court to challenge the President’s decision to bypass the KACC Advisory Board and Parliament in the reappointments.

It came as Justice Ringera put out a statement defending the institution and his record at the helm, even as President Kibaki — to whom the protests have largely been directed — remained tight-lipped.

In the draft Bill, the sponsor — who claims wide bi-partisan support — seeks to abolish KACC and revert the investigatory functions to the office of Commissioner of Police.

MPs also sought to amend the Appropriation Bill to deny KACC its cash allocation in this year’s Budget. But faced with the threat, the Government withdrew the Bill to avoid embarrassment from hostile lawmakers.

On its part, the KACC Advisory Board —which has rejected the President’s move — declared it would go ahead to advertise for the position, conduct interviews and send names of successful candidates to Parliament for vetting and recommendation to the President.

But the more immediate threat comes this afternoon when the House Select Committee on Delegated Legislation and the Committee on Justice and Legal Affairs present their joint report that proposes that Parliament revokes President Kibaki’s Gazette notice on the reappointment Ringera and Assistant Directors Smokin Wanjala and Fatuma Sichale.

The draft Bill seeks to amend the Anti-Corruption and Economic Crimes (Amendment) Act 2003, a move that requires a simple majority to sail through the House.

Aluoch said the Bill might be published today after gaining MPs’ consensus.

"The draft is ready, and we are consulting on fundamental amendments that will remove positions of Director and Assistant Directors to create an anti-corruption and economic crimes unit to take over from KACC," Aluoch told The Standard Monday night.

If it sails through, then it may spell the end of the body established on May 2, 2003, with a statutory mandate to fight corruption in Kenya.

The draft Bill proposes that the staff currently serving at KACC be redeployed to other positions in public service. Aluoch will now have to rely on the support of his party, ODM, and like-minded MPs to get the numbers for the Bill that could send the President’s appointees packing.

The Bill also seeks to abolish the KACC Advisory Board "for their failure to discharge mandate as prescribed by the Act".

"They have failed to live up to the expectation of Kenyans, which is that they would eliminate corruption and the culture of impunity.

Added Aluoch: "All the provisions in respect of the offences relating to corruption and economic crimes evidence, compensation, and recovery of improperly or illegally obtained benefits or assets, as well as the protection of informers or witnesses and suspension from public office of offenders, have been left intact".

Aluoch said the purpose of leaving the some clauses intact was to guard against negating gains made in prohibiting certain conduct relating to corruption.

"The proposed amendments will save the taxpayer huge spending currently consumed by the KACC for work that can be adequately performed by other existing institutions of State and government," he said.

Aluoch said he was yet to discuss the matter with his party bosses to lobby their support, but said intense cross-party consultations were already under way.

"You can see from Parliament how voting patterns ignored party concerns. That is why I have been slow on lobbying fellow MPs, but I have the support even from Cabinet ministers," he said.

Aluoch said the enactment of the Bill would not occasion additional expenditure of public funds.

The Bill, if passed by Parliament, is expected to come into operation on such a date as the minister may gazette or not exceeding 30 days from the date of publication.

The Bill further says the Commissioner of Police shall establish a unit within the Kenya Police force, to be known as "the Anti-Corruption and Economic Crimes Unit".

The unit will consist of investigators designated by the Commissioner, who shall exercise the powers conferred by this Act, the Police Act and any other law conferring on Kenya Police the powers and privileges and immunities necessary for the detection, prevention and investigation of offences relating to corruption and economic crimes.

Currently the Director (Ringera) is the KACC Chief Executive Officer, with four functional Assistant Directors and an Advisory Board, which recommends Directorate appointments and advises the Commission generally on its operations.

Show leadership on this, Mr President

Hunger. Water rationing. Power cuts... And now a row over Ringera’s KACC job. Today, we say to the Executive: Show leadership on this... 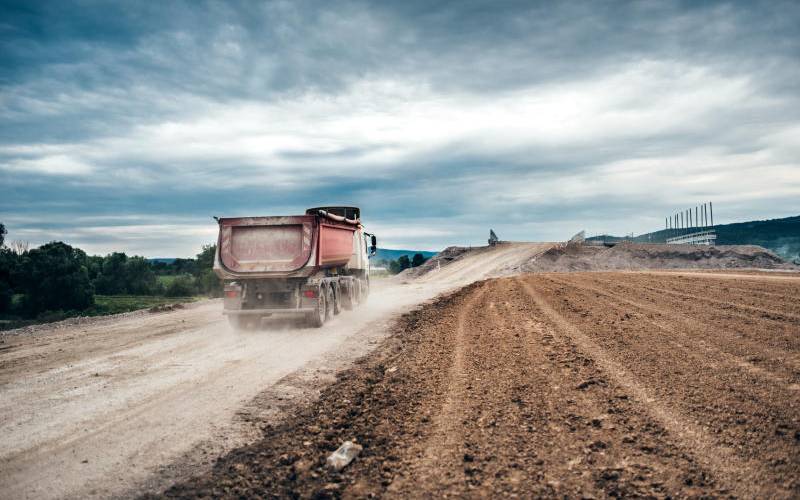