By Renson Mnyamwezi and Joseph Masha

The Government should stop evicting pastoralists grazing in Tsavo National Park, an assistant minister has said.

Education Assistant Minister Calist Mwatela said herders should be allowed to graze their animals in the park until rains fall.

While condemning ongoing eviction exercise, Mr Mwatela said pastoralists had been forced to invade the park to save their animals from death.

Lighting fire near National parks and reserves could land you in jail, KWS warns

Three sets of fire break out at Tsavo

"Tsavo ecosystem is the only area that has pasture and water. If the Government does not allow the herders to graze in it, then livestock will all die and this will compound the famine being experienced in the country," said the minister.

The Kenya Wildlife Service (KWS) is conducting ground and air operations to flush out herders and scores have been arrested and charged.

The Mwatate MP said: "I know there are serious repercussions in grazing in the park but there is nothing we can do. The herders are saving their livestock from death and should not be harassed".

But conservationists have faulted Mwatela saying allowing grazers in the park would impact negatively on the environment and should be stopped.

African Wildlife Foundation Regional Manager Moses Kanene and Taita-Taveta District Environment Officer Yeri Kahindi said widespread overgrazing in the park should be controlled due to its devastating effects on environment.

"It is high time herders kept manageable herds. The park should remain a protected area for wildlife only," said Mr Kahindi.

Mr Kanene said the region would soon be turned into a desert if the trend is not addressed.

Meanwhile, KWS has set up a temporary base at Bamba to intensify surveillance and control elephants from sneaking out of Tsavo East National Park into neighbouring farms.

KWS Officer in Charge at Gede in Malindi District Dickson Korir said the base was established at the weekend after elephants destroyed crops and injured two people.

The move by KWS came even as locals blamed poor harvest on destruction by the wildlife that frequently breach park boundaries to invade farms.

Conservationists are worried about the decline in the population of common bird species in the Mau Forest. 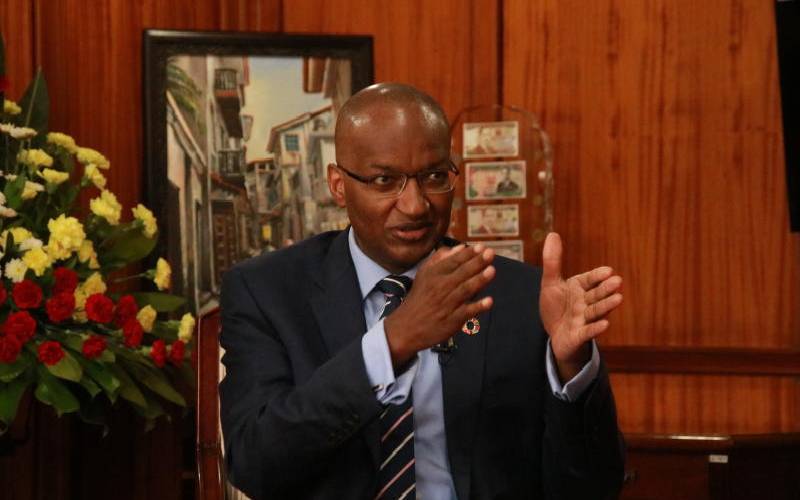 CBK says economy recovered in the first half of 2021
Feedback