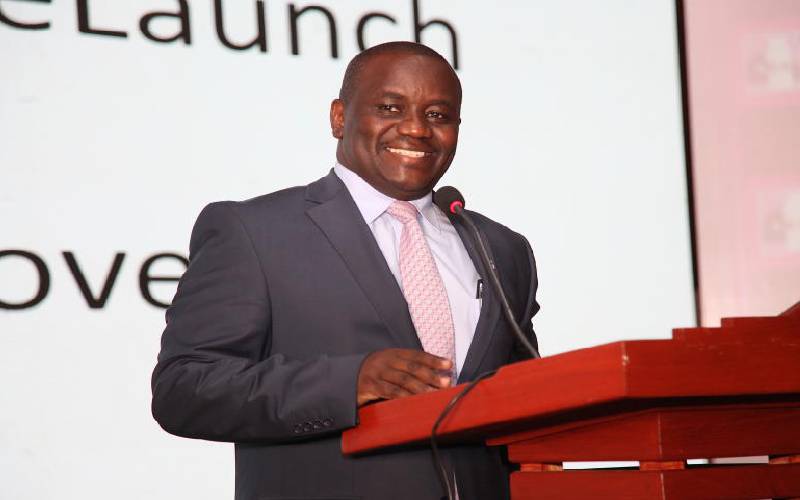 Dairy producer New KCC has announced new farm-gate prices for milk in a move meant to increase earnings for farmers.

New KCC Managing Director Nixon Sigey (pictured) said yesterday that dairy farmers will receive Sh36 per litre of milk delivered to the creamery, up from the current Sh33 per cent.

“We have been buying milk from farmers at Sh33 per litre but after consultations, we have agreed to increase the price to Sh36 per litre with immediate effect,” he said. “This is an offer for farmers who will deliver their milk to our factories across the country.”

He made the remarks while addressing the press in Eldoret town.

New KCC urges farmers to collect their due

Mr Sigey said the move will give dairy farmers value for money.

“In the last three years, we used to pay farmers Sh700 million per year. This has increased to Sh2 billion per year. I am appealing to them to continue working hard and we promise to give them the best prices,” noted Kosgey.

The New KCC boss lauded the State for allocating Sh500 million to mop up excess milk and stabilise prices and urged county governments to moot strategies that will sensitise farmers on the new technologies.

This, he noted, will increase their milk production. He also urged farmers to embrace new technologies that increase milk production, noting that the majority of them only produce between seven to eight litres daily.

New KCC has the capacity to convert milk into powder, owing to modern facilities.

Milk Prices: Government through the KDB to continue streamlining affairs in dairy sector

By Wainaina Wambu | 22 hours ago