Motorists will from midnight adjust their budgets to accommodate new fuel prices released by the Energy and Petroleum Regulatory Authority.

The authority raised prices of petrol, diesel and kerosene by Sh2.54, Sh2.65 and Sh2.98 per litre respectively. 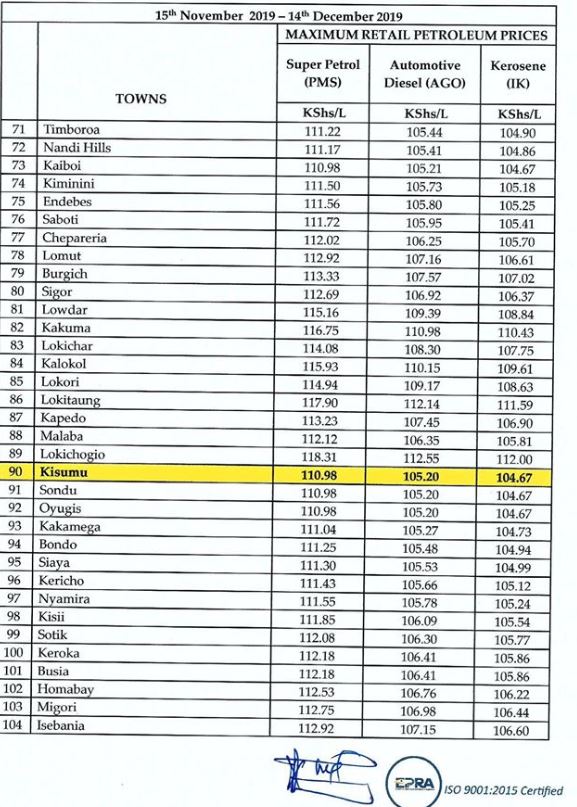 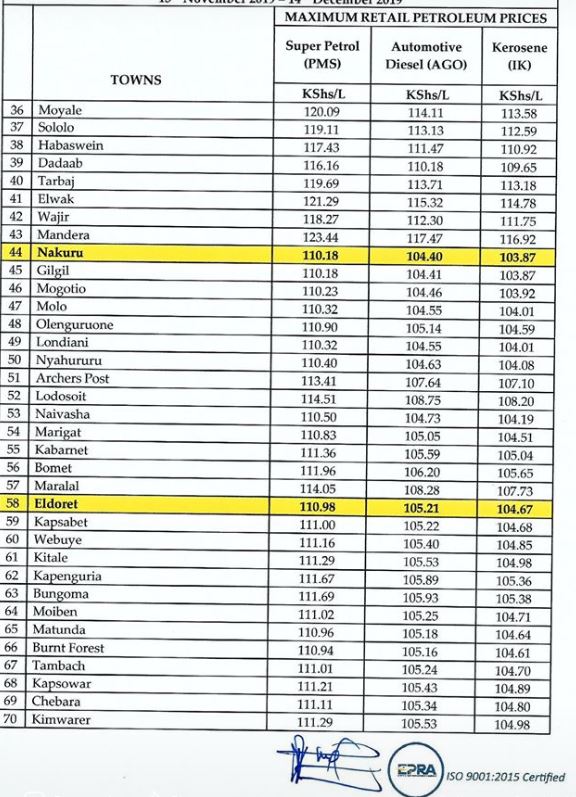 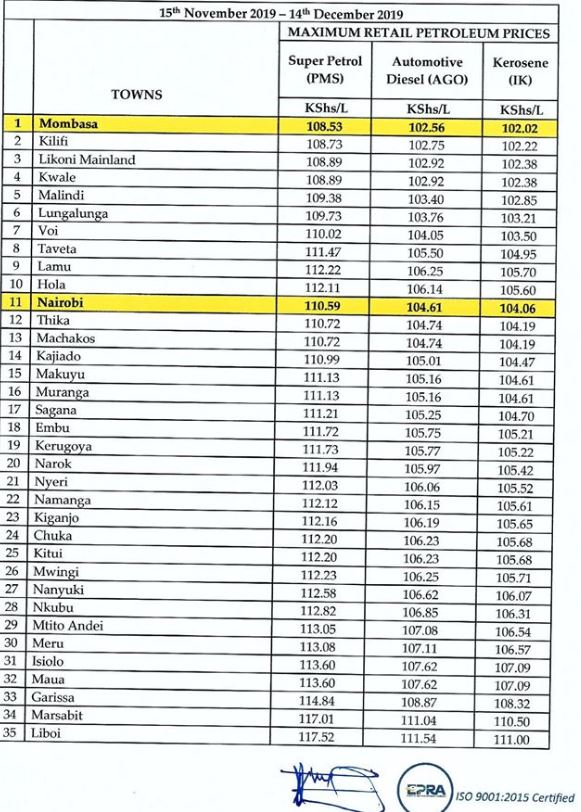