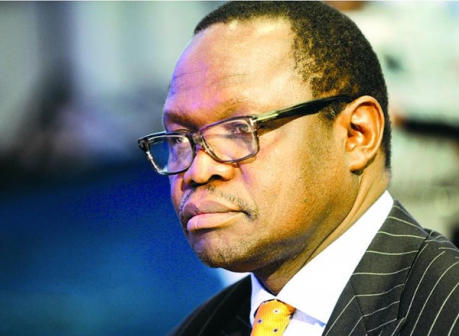 Pension scheme fund trustees have been urged to show commitment in their work before demanding payment for their role.

Retirement Benefits Authority (RBA) Chief Executive Officer Edward Odundo said on Thursday that poor governance of pension schemes in the country is largely due to lack of commitment and seriousness from fund trustees.

He said before trustees demand a stable remuneration, therefore, they should commit themselves legally to take responsibility when fund managers interfere with pension funds.

"In the last two years, we have witnessed very irresponsible governance of pension funds. We saw some fund managers that I will not name put pensioners' money into Imperial Bank before it collapsed and many other poor investment decisions. This is because the trustees did not pay sufficient attention to the decisions that were being made," said Mr Odundo.

He spoke at a forum hosted by leading pension fund manager Enwealth Consultancy in Nairobi. During the event, a report which has recommended fund trustees from 1,500 pension funds in the country be remunerated for their oversight role was launched.

He said if trustees want remuneration for their role, they should be ready to have their personal assets attached when pension funds do not offer returns because of poor management.

According to the Enwealth report, only 32 per cent of trustees in the country are remunerated.

Former Kenya Commercial Bank (KCB) CEO Martin Oduor-Otieno said there is no longer much substance in the role that trustees play.

"Even the law is not clear on the guidelines that should be followed before trustees are remunerated. I know that in the UK and South Africa, it is compulsory to remunerate trustees. But in Kenya, I think trustees should show proper leadership in the funds that they oversee before they claim remuneration," SAID Mr Oduor-Otieno.

The retirement benefits sector has grown tremendously over the years, with the value of pension fund assets growing five-fold in the last 10 years to Sh1 trillion.

This means the average scheme has shifted from the traditional choice of simply placing all its funds in government securities to active investment management.

The shift, Odundo said, has seen many fund managers make poor investment decisions that have cost pensioners their lifelong savings.

Despite being outraged by the bullying at Alliance High School, I have a word for the students: To whom much is given, much will be required