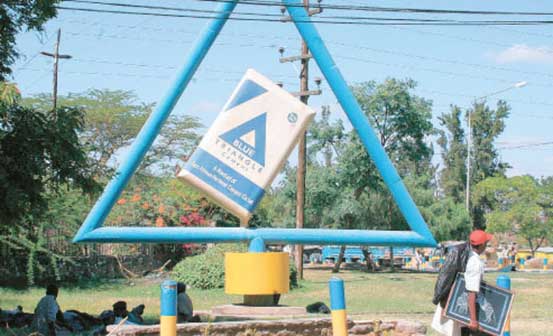 NAIROBI: More than 1,500 employees of East Africa Portland Cement Company (EAPCC) risk losing their jobs. The cement maker is entangled in a protracted struggle for 13,000 acres of land in Mavoko, Machakos County, with squatters who are said to have purchased EAPCC’s land from shadowy cartels.

“The land that the squatters have occupied harbours our mines. Those working in the mines constitute 25 per cent of our entire workforce, and they are the most threatened with lay-off,” Managing Director Kephar Tande said.

The company’s woes are deepened by the fact that foreign investors like Lafarge, which owns 42 per cent stake in Portland, have started getting alarmed by the wrangles that the land case is creating.

The company management also estimates it has suffered a Sh200 million loss in revenue for the last six months due to the tussle. Board Chairman William Lay blames the land-grab to cartels that have political clout since even the police have been unable to stop them.

“Our workers were barred by the squatters from accessing the mines and one was actually beaten as police watched. The Kenya government owns 52 per cent of EAPCC through the Ministry of Industrialisation, and we are wondering why they are not intervening to help the company. All our correspondence with the Ministry of Internal Security asking for police protection have failed,” Mr Lay said.

Despite the squatter issue, the company managed to post a profit before tax of Sh7.3 billion for the year ended June 30, 2015. This was an improvement from Sh385 million loss it suffered the previous year.

The company also managed to sell two parcels of land in Athi River to the Standard Gauge Railway (SGR) project at Sh9.4 billion. It was also forced by the Government to part with another parcel for Sh836 million to pave way for the same SGR project.

IEBC to meet governors next week over 2017 elections

The electoral commission scheduled a meeting with governors to discuss its strategic plan for the 2017 elections launched last month.