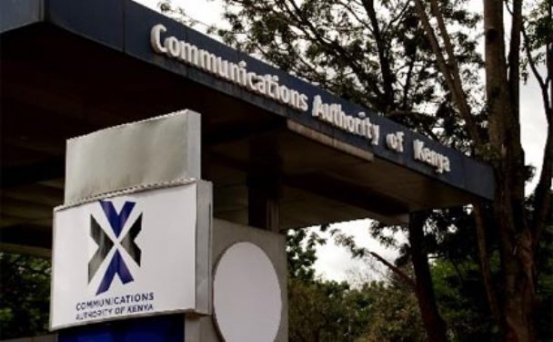 The Communications Authority of Kenya (CA) says it consulted the Attorney General while drafting new legislation to address perceived market dominance in the telecoms sector.

In a move that escalates the war of words between regulators on the controversial regulations that earlier this week saw the office of the AG pulled into the fray, CA Director General Francis Wangusi denied any wrong-doing in the drafting the laws. "The laws of Kenya clearly outline the process to be followed in developing a law and it's attendant regulations," said Mr Wangusi in a statement.

"We wish to state that the due legal process was followed. The authority revised 10 sector regulations key among them the Fair Competition and Equality of Treatment Regulations. The authority then invited licensees to make their detailed contributions to the proposed regulations."

Wangusi said both the Competition Authority of Kenya (CAK) and the AG's office were duly updated throughout the process. "The views from the consultative process were considered and incorporated in the draft regulations that were then sent to ICT ministry for their review and onward transmission to the AG," says Wangusi.

"The authority is in receipt of a copy of the latter from the Ministry of ICT forwarding the regulations to the AG's office. CA and the CAK signed a memorandum of understanding in April 2015 in respect to the issues of competition on concurrent jurisdiction," he said.

He said the authority is amenable to further discussions on the contentious issues with the competition regulator in the course of implementing the regulations. Earlier this week, it emerged that AG Githu Muigai had faulted the process of drafting the new set of regulations, stating that both the CA and ICT Cabinet Secretary Fred Matiang'i had not consulted his office.

AG's remarks came hot in the heels of similar complaints from CAK that accused the telecommunications regulator of over stepping its mandate. CA through the ministry of ICT is sponsoring the bill, which is expected to address concerns raised by industry players in the past that Safaricom be declared a dominant player.

CA has in the past responded to criticisms of favouritism towards Safaricom's market dominance, saying Kenya does not have adequate anti-trust laws to govern the telecommunication industry. The bill contains 14 sets of regulations to help the regulator cover several issues, including management of market dominance.

It says any operator with more than 50 per cent market share is declared a dominant player. Wangusi was however quick to reiterate that this was not a deliberate attempt to clip Safaricom's wings, but a regulation meant to promote fair competition across several segments in the telecommunications sector.

"With regard to the regulation seeking to address market dominance, we wish to indicate that dominance is not tied to a specific firm, it's delineated to specific economic markets," he said.

By Macharia Kamau and Kamau Muthoni | 4 days ago