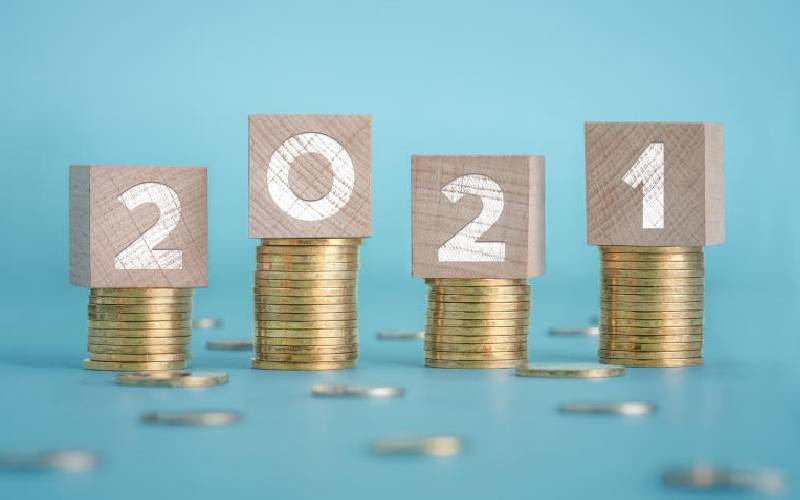 The Treasury has given in to the reality of a limping economy.

Four months after an ambitious revenue forecast, the government has revised downwards the projections it made on economic growth, tax collection and cash disbursement to counties.

It expects to collect Sh49 billion less in taxes, and knocked off Sh66 billion from the wealth it projects will be created in the economy in the year to June 2022.

Counties, which are still reeling from delays in disbursements for the current year, will see their allocation drop by Sh8 billion.

The country has seen an unprecedented economic pause as a result of the coronavirus, which has depleted sales and income tax revenues, and will lead to a fall in key indicators.

Preliminary estimates predict a dramatic fall in numbers, and this will be exacerbated by sustained political activity in the coming months.

As a result, the government appears to have been forced back to the drawing board to review forecasts it highlighted in its Budget Review and Outlook Paper (BROP) published in September last year.

The Draft 2021 Budget Policy Statement (BPS), which was released by the Treasury on Monday for public participation, illustrates this dawning reality check.

In the BPS, where Treasury laid out a Sh3 trillion spending plan, the government plans to ramp up domestic borrowing by revising upwards the loans it expects from local investors. It hopes to raise an additional Sh115 billion from local lenders to bridge the financing gap occasioned by poor revenue flows.

Another key financing source the Treasury is banking on is the African Development Bank, from which it expects to get Sh74.3 billion in the year to June 30, 2022.

It also expects to receive cheap loans from the International Monetary Fund and the World Bank, even as it vows to stay away from expensive commercial loans.

These decisions are informed by the lingering effects of Covid-19 pandemic, even as the country gears up for a possible referendum this year and a general election next year.

Although GDP is expected to pick up in this year as the economy is fully re-opened, helped along by the rollout of a Covid-19 vaccine, this growth momentum will slow down in 2022 as campaigns kick in.

During election periods, investors tend to take a wait-and-see approach, with most of them not ready to sink their money in an uncertain business environment.

Nikhil Hira, a director at the Nairobi branch of the Coulson Harney LLP law firm, said the government reckons there will be less consumption and might have been ambitious in its earlier targets.

“The economy is not doing as well – people are either on pay cuts or have been made redundant, and businesses see a reduced profit. Therefore, they (the Treasury) are not expecting as much tax,” he said.

He added that there might have been an assumption that the economy would bounce back sooner from the adverse effects of the pandemic.

But it is not just local risks that the government has to contend with.

The persistence of the Covid-19 pandemic and required lockdowns, social distancing and its effect on consumption, have hit global economies, which are key source markets for Kenya.

Other hurdles in the way include the ability of laid-off workers to secure employment in other sectors, rising operating cost to make workplaces more hygienic and safe, as well as a reconfiguration of disrupted global supply chains.

On the domestic front, risks will emanate from weaker external demand, reduced tourist arrivals and containment measures due to the pandemic.

The government has so far not been able to increase wages for health workers who have been agitating for pay increases. Headteachers have also decried the low allocation to schools.

In the face of all these, the economy is further expected to underperform next year, “due to in part to the uncertainty associated with the 2022 general elections”, the Treasury said, putting growth projections at 5.5 per cent.

EFG Hermes, an Egyptian-based investment bank, said there are concerns with the lack of clear candidates in the upcoming general elections.

“We believe the market is more uncertain about Kenya’s political path than it was two years before the 2017 elections,” said Hermes.

When it comes to raising money to fund the country’s spending plan, the Kenya Revenue Authority will be starting from a low point.

Value added tax (VAT), or consumption tax, which is levied on all goods and services sold, is expected to decline from Sh512.2 billion in the September 2020 projections to Sh470.5 billion in the current projections.

Income tax, which includes corporate tax paid by large businesses and pay-as-you-earn (PAYE) deducted from employees, is projected to drop by Sh7.4 billion to Sh831.3 billion.

There are no changes projected in the performance of excise tax. 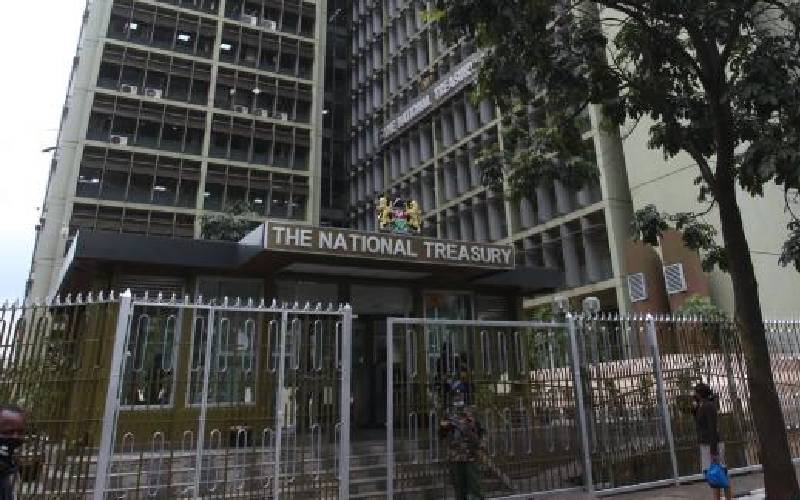 Churchill Ogutu, the head of research at Genghis Capital, said the revision in tax targets sends “a jumbled message” as one would have expected the Treasury to collect more taxes after the reversal of Covid-19 relief measures.

“Having said that, accounting for the negative out-turn on these two revenue tax streams (VAT and income tax) in the first-half period, we estimate an increase of 37 per cent and 21 per cent on income tax and VAT targets in the second period compared to the revenue realised in the first-half period,” said Ogutu on the tax collection performance for the 2020-21 financial year.

He added that the proposed increase in Budget spending of Sh103.4 billion was on account of the expected Post Covid-19 Economic Recovery Strategy that is expected to be rolled out soon.

A lot of countries are still grappling with second and third waves of the deadly disease and have been re-imposing lockdowns as a means to curb its spread.

This means that sectors such as hospitality and aviation that rely on international travel will remain subdued for the better part of 2021, with tens of thousands of jobs at stake.

Other social distancing rules, including the prohibition of public gatherings for social or political reasons, are still in force.

Public transport vehicles still have to carry half their capacity, which has pushed up the cost of transport.

After revising downwards tax collection targets, the Treasury has revised upwards net domestic borrowing by Sh115 billion to plug a Budget hole that will result from poor tax collections in the year from July 1.

In September last year, the Treasury had projected it would borrow Sh476.8 billion from local creditors.

However, this has since been revised upwards to Sh592.2 billion in the latest draft document.

But the economy is expected to rise from the ravages of Covid-19, particularly if the virus vaccine is rolled out. But a return to normalcy will not be uniform for all sectors.

For the hospitality industry and aviation sector, 2021 is still expected to be tough.

Overall, the Treasury projects the economy to bounce back, growing at 6.4 per cent this year, up from 0.6 per cent in 2020. However, the crippling effects of the campaigns will see it slow down to 5.5 per cent next year.

Nominal GDP, or the monetary value of all the goods produced in the financial year 2021-22, is expected to decline by Sh65.9 billion as economic activities remain muted.

In September, the National Treasury had projected that it would disburse Sh385.3 billion to the 47 devolved units. But this has since been calibrated downwards to Sh377.6 billion.

Much of the reduction is on the conditional allocation, which has been scaled downwards from Sh58.8 billion to Sh33.7 billion.

The equitable share has, however, been increased to Sh343.9 billion from Sh326.5 billion.

Counties and the Treasury have been at loggerheads after the latter delayed sending money to the regional governments over the last two months.

However, of the Sh97 billion that the Exchequer had not released, it disbursed Sh25 billion on Thursday last week.

Treasury Cabinet Secretary Ukur Yatani said the cash belonging to the counties at the Central Bank of Kenya went up to Sh61 billion after the disbursement.

“It is our hope that county governments will prioritise the settlement of pending bills to suppliers, as well as other statutory dues to enable concerned institutions to discharge their mandates effectively,” said Yatani.

The disbursement came a day after China agreed to give Kenya a debt repayment holiday for loans valued at Sh27 billion that were due between January and June this year.