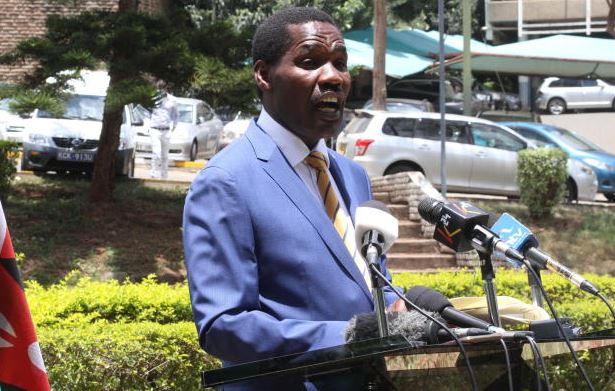 After six short years and with little to write home about, the Agriculture and Food Authority (AFA) is set to be disbanded.

The agency was set up in 2014 and brought together different directorates that had been charged with overseeing development of various crops.

AFA however turned into an unwieldy entity that was unable to move much in terms of developing agriculture in the country.

Agriculture Cabinet Secretary Peter Munya (pictured) said Thursday that during the period that AFA has existed, key value chains have not been getting the required attention.

This has put at risk key crops that were Kenya’s mainstay as key foreign exchange earners, as well as the country’s food security.

The CS announced a raft of measures aimed at reforming agriculture, which will include the disbanding of the authority. In its place will be autonomous boards that will oversee development of various value chains.

The ministry has drafted five new Bills that propose the formation of boards and authorities to be hived off from AFA and given more powers.

The others are the Horticulture Crops Authority Bill, 2020 and the Miraa, Pyrethrum and Industrial Crops Bill, 2020.

“Once we are through with these reforms there will be no AFA. It will be dead. It will metamorphose into these bodies that we have proposed,” Munya said.

“We are alive to the costs but also to the danger we have put ourselves in by bringing all crops together into a behemoth called AFA that is unable to focus on any particular issue.”

AFA was formed in 2014 and was part of implementing the Crops Act, 2013. The process entailed merging eight directorates.

Among the arguments employed back then, according to Munya, was that this would bring down the government’s cost of running the agriculture sector.

This, however, did not help and may actually have pushed up the cost by adding another layer of bureaucracy.

“We have looked at the costs and after we amalgamated all the boards into AFA, they never went down,” the CS said.

“We are not going to the many boards we had before AFA came to being. We have reduced them to six. Those directorates that made AFA are the ones that we are turning into boards or authorities.”

Among the agencies killed when AFA was set up and now set for comeback are the Coffee Board and Horticulture Crops Authority, though they might take different forms from what they were previously.

Will Greg Snow freeze out other stars at Sigona today?