KenGen, Kenya Airways up State-guaranteed debt by over Sh20 billion 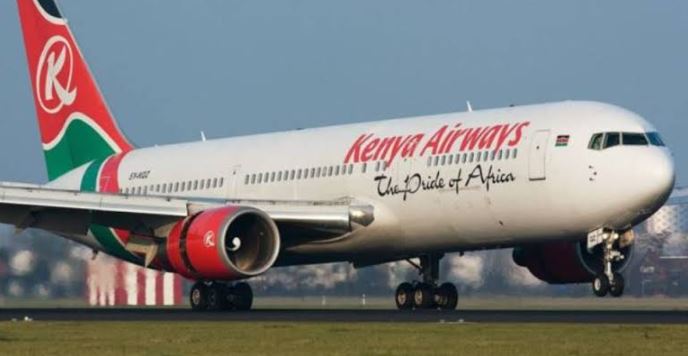 The firms that increased their debts by huge margins include KenGen, whose stock of debt guaranteed by the government increased by Sh18 billion to Sh43 billion by end of June 2019, up from Sh25.78 billion in 2018. The Kenya Ports Authority increased the amount of debt guaranteed by the government by Sh4 billion to Sh34 billion from Sh30.1 billion. Kenya Airways, which has the largest stock of State-guaranteed debt, increased this to Sh76.7 billion last year, from Sh75.7 billion in 2018. Financial distress “As at June 30, 2019, total outstanding government guaranteed debt was Sh159.4 billion from Sh138.8 billion as at June 30, 2018. It is to be noted that even though the government did not issue new guarantees during the 2018-2019 financial year, the total stock of guarantees increased,” said Treasury in the draft Budget Policy Statement for the 2020-2021 financial year. “The increase to the tune of Sh20.6 billion was attributed to the drawdown of the already guaranteed debt.”

The government also paid some Sh1.37 billion to repay debt guaranteed to three State-owned enterprises that are in financial distress. KBC, East African Portland Cement Company (EAPCC) and Tana Athi River Development Authority (Tarda) were also unable to service some of their debts owing to financial challenges, transferring the burden of repaying the loans to their guarantor, the State “In the 2017-2018 financial year, the government paid a total of Sh1.374 billion on behalf of State corporations that were in financial distress that comprised of Sh301 million on behalf of Tarda, Sh379 million on behalf of EAPCC and Sh739 million on behalf of KBC,” said Treasury. The Treasury document noted that except KBC, EAPCC and Tarda, “who have defaulted in their obligation to repay Government guarantee loans, the other State Corporations are servicing their loans”. Treasury noted that it continued to shoulder the companies in financial distress, owing to their strategic importance as well as the impact that their collapse would have on the economy. It, however, noted that bailing out State-owned enterprises regularly is becoming a strain on its budget implementation

In a December 20, 2019 circular, Treasury told parastatals that it would not guarantee those that have not been servicing their debt obligations while directing them to cancel any new projects to enable them to finance “All-State Corporations must prioritise debt service and payment of statutory obligations as a first charge on revenues. Treasury will not give concurrence for borrowings or grant guarantees for State Corporation which are in default of loan repayments and other statutory obligations,” said the circular to all State entities. “State corporations with loan arrears should provide clear proposals on how they intend to clear them… (those) in default of debt servicing and payment of statutory obligations must reduce expenditures in other areas and go slow on implementation of new projects.” Treasury observed that it would undertake to identify State firms in financial distress and make recommendations on such measures as restructuring, merging or winding them up to reduce the financial burden to the Government.