Is Treasury’s austerity tool only meant for the poor? 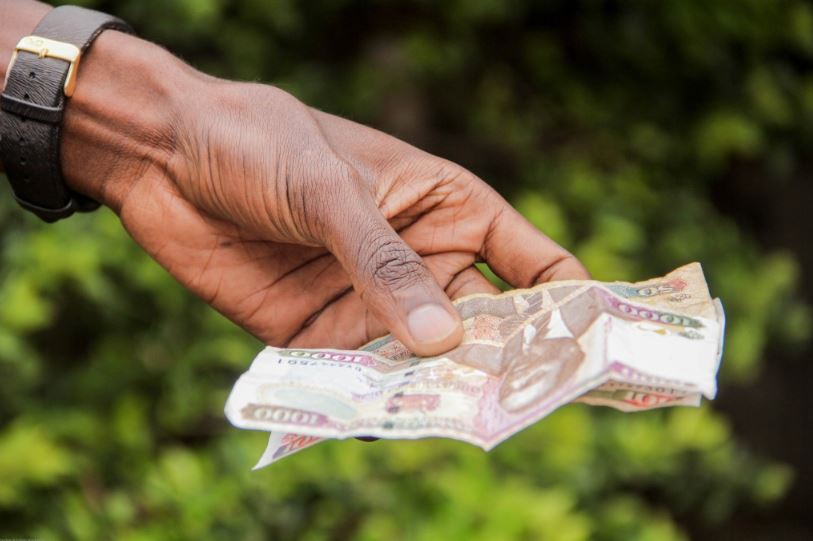 The Jubilee government promised to tackle the fiscal deficit quickly to reassure the markets and restructure the ballooning debt to ensure the next generation is not over-burdened. These promises were constantly highlighted in its annual budget where it recorded how it would achieve its target through fiscal discipline - a balance between revenues and expenditure of the government. All along, Treasury technocrats’ messages have been unmistakable: Tough choices, sacrifice and austerity. But these seem to only apply to ordinary Kenyans, not the political elite.

Growing talk of the need to reign in reckless Government spending has always been a top priority, but the reality on the ground has been quite opposite. Barely a week after President Uhuru Kenyatta thwarted a scheme by MPs to bolster their allowances on domestic and foreign travel, a new report flung open the lid on the lawmakers’ love for overseas indulgence. In the financial year ending June 2019, MPs had unashamedly splurged public money on foreign trips, spending more than double their 2017/18 budget on overseas travel, according to a report by outgoing Controller of Budget Agnes Odhiambo. The President’s refusal to assent to the Parliamentary Service Bill, 2019 primarily could save taxpayers’ cash in a big way. Uhuru took issue with clause 20 of the Bill, noting that it bypassed the Salaries and Remuneration Commission (SRC), whose chief role is to review any salaries and allowances for public servants.

MPs wanted that role vested on their employer, the Parliamentary Service Commission (PSC) so as to closely control the purse that lined their pockets. Interestingly, PSC had on July 11 vehemently denied the existence of a contentious clause in the Parliamentary Service Bill. “The Bill has a total of 58 clauses and not a single clause or sub-clause in the Bill either touches or relates to members’ salaries or allowances. It is therefore not true that the Bill seeks to increase the members’ salaries and allowances,” said National Assembly Speaker Justin Muturi, who also doubles up as the chairman of PSC. The Presidency - comprising of the Head of State and his deputy - were equally guilty of this extravagance in 2018/19, tagging along with them a battery of delegations in most of their foreign trips. But MPs’ love for globe-trotting is fast turning into foibles, a stumbling block to the Government’s latest austerity drive aimed at taming accumulation of debt.

In August this year, 85 lawmakers and their support staff travelled to the US, where National Assembly Speaker Justin Muturi and his Senate counterpart Ken Lusaka led the delegation. Parliament’s budget for shuttling around major global cities has increased almost four-fold since June 2014. The amount spent is 12 per cent higher than the annual budget allocation to the Ministry of Foreign Affairs, whose key function is to represent Kenya outside its borders. Interestingly, in the 2016/17 financial year, MPs’ expenditure on foreign travel was almost double that of the ministry. The frequent foreign trips, dressed as benchmarking tours, have brought no positive returns to the electorate, according to analysts.

“I would believe that an MP who might have travelled, say to the US or Europe, could network for grants to meet their constituents’ needs,” says Scholastica Odhiambo, a senior lecturer at Maseno University. Politicians who rake in millions of shillings by simply winding down the clock in the chambers and others by making technical appearances might prove the biggest damper to Treasury’s fat-trimming exercise. Yet, they are the ones expected to put the brakes on runaway expenditure. So far, as agents of fiscal discipline, the National Assembly has failed spectacularly, according to Churchill Ogutu, a research analyst at Genghis Capital. They have not been able to ensure there is a balanced budget where the country spends only that which it has earned. This has seen the country sink deeper into debt as Treasury seeks to plug the deficit arising from inadequate revenue. However, the MPs’ failure, analysts add, has not been by accident; it has been by design. “As one of the spenders and as the buck of budget affairs stops with them, the National Assembly has misused that prerogative to their benefit and at times usurping the role played by SRC,” says Mr Ogutu.

Dr Odhiambo says it is a misnomer for the legislature to call shots on budgetary allocations and approvals. “The role of the legislature is to provide oversight and not to meddle in which money goes where. This is where the conflict of interest is,” she says. “The legislature uses the budgetary allocation and oversight role as a carrot and stick. That is if you do not approve their wanton expenditure or not agree with them on their ‘modus operandi’, then you are punished with less allocation in the next budget.” That is what happened to the Judiciary when MPs felt that the interpreters of the law were sticking their nose into their affairs too much. Last year, Parliament dramatically slashed Judiciary’s allocation for development spending by 86 per cent, leaving it with a paltry Sh500 million, down from the Sh4 billion it had requested for.  The Judiciary wanted the money to build more law courts. The budget was finally reinstated, but MPs had flexed their muscle. “If you as a technocrat play ball, you are awarded even more than you had planned,” says Odhiambo, noting that the constitution gives MPs the blindspot to blackmail the Executive to yield to their demands. Last year, Treasury quickly withdrew a proposal to have those earning more than Sh800,000 pay 35 per cent income tax after what analysts said were fears that legislators would ground the budget. But the lawmakers’ penchant for self-aggrandisement has known no limit. Recently, they have been pushing for house allowance in Nairobi even though they have house grants. While a medical scheme for other public officers covers only one spouse, MPs wanted the insurance to include more than one wife. They created a fund that would see them wine and dine at five-star hotels, at taxpayers’ expense. This is because, according to Parliamentary Catering Fund, part of the money for this fund will be appropriated by Parliament. Acting National Treasury Cabinet Secretary Ukur Yatani has warned civil servants and Kenyans in general that the belt-tightening that has begun in earnest this year will be painful. However, if history is anything to go by, there are doubts as to whether Kenyan legislators will feel any pain. While Treasury might successfully wean most of the civil servants from spending on items described as not being critical to the survival of ministries - such as training, conferences, tea, travel and advertisement - it will take more than a miracle for MPs to reduce their uptake of these things. With the exception of the Office of the President, official data shows that the wage bill surge for legislators in the National Assembly and Senate from July 2013 to June 2019 has been unmatched. Among their first business when they were elected under the new Constitution in 2013, MPs voted to increase their salaries to Sh851,000, much higher than the Sh532,000 that had been gazetted by SRC. Although they did not succeed, the legislators have been coming up with every manner of changes to increase their wages. They recently won a case against SRC which saw the court reinstate their mileage allowances. This was one of the five allowances that SRC had scrapped in July 2017. MPs also enjoy a car maintenance allowance of Sh356,525. The wages of President Kenyatta’s offices, his deputy and that of lawmakers during this period increased more than the tax revenues. In the 2018/19 financial year, MPs raked Sh16 billion in salaries and allowances, an increase of 72 per cent from the Sh9.2 billion they received five years earlier. Salaries and allowances for the Presidency during this period increased by 84 per cent, more than the 69 per cent increase in tax revenue during this period. Spending on wages by all ministries, departments and agencies (MDAs) grew at a slower pace compared to growth in taxes. Sign of power Treasury’s biggest headache could now be how to re-align economic realities with political expediency, in which case even Uhuru will be a serious hurdle in the austerity drive. But as University of Nairobi lecturer XN Iraki says, ‘austerity’ is a rare word in Kenya. “For the simple reason that we view spending as a sign of power, the more you can buy and the bigger it is the more power you are seen to hold. That is why V8 is a more common car in the public sector than a Vitz,” he says. Those hindering austerity are not just MPs, it is the entire political class. Just as MPs, the President’s foreign travel budget nearly doubled during the financial year ending June 2019. In 2014, while launching a national forum to discuss the ballooning wage bill, the President said his office and that of his deputy together with all Cabinet secretaries would take a 20 per cent pay cut. Unfortunately, since then, the Presidency’s wage bill has increased to Sh1.9 billion from Sh1 billion in June 2014. In the new austerity plan, Uhuru will have to stringently control all foreign trips by senior Government officials including CSs in a fresh drive that will see spending on luxurious items slashed by more than half. This would see the Government save at least Sh16 billion as all the ministries spent Sh32 billion in 2018/19 on foreign and domestic travel, training and conferences. Yatani said all other Government officials wishing to travel abroad will have to get the green light from the CSs as the State moves to reduce spending on non-essentials. “If you used to send two people for a conference, we will make sure you send only one,” said the CS. He also disclosed that they have put in place measures to curb the perennial rush by MDAs to spend money they have towards the end of the financial year. Ogutu, however, says things will not change in the short term. “From a political standpoint, the never-ending MPs’ clamour for additional perks is seen as a bargaining tool with the Executive,” he says. [email protected]