Business News
But, a Kenyan firm came out to claim the vessels. 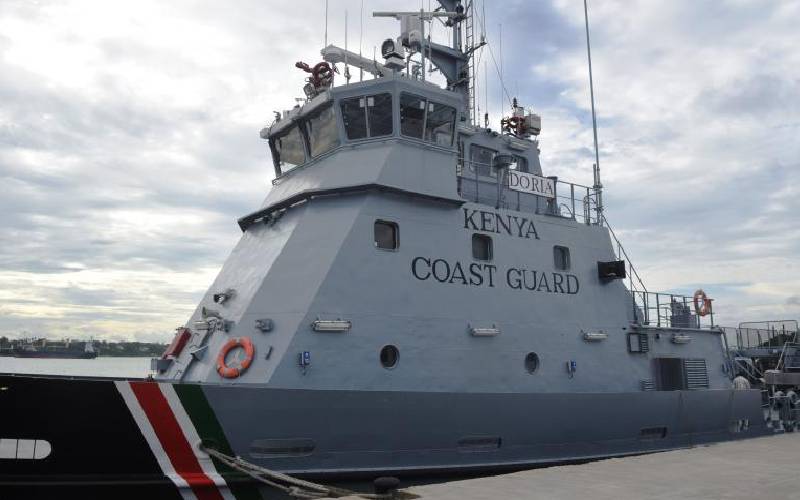 A Kenyan firm has laid claim to two fishing vessels impounded by the Kenyan Coast Guard Service (KCGS) off Malindi coast last week. On Sunday, KCGS claimed it had seized two Chinese flagged vessels in Kenya's territorial waters within Ungama Bay. According to officials, the vessels with Chinese and Indian crew defied orders to sail to Mombasa and instead headed for Malindi. But, a Kenyan firm came out to claim the vessels.

Everland Food Limited said it has all the necessary approvals to fish in Kenya's waters. The firm, which is based in Nairobi, was licensed to operate in Kenyan waters by the Ministry of Agriculture, Livestock, Fisheries and Irrigation. In a letter seen by The Standard, dated January 7, 2019 and signed by a senior official at the Kenya Fisheries Service (KFS), the firm's business plan and joint venture proposal were approved during a departmental licensing committee meeting held on January 4, 2019. The approval was for two vessels- Hanrong 108 and Hanrong 109- fishing for golden crabs and lobsters beyond 12 nautical miles within the Kenya's exclusive economic zone, using basket traps.

In a statement yesterday, Everland Food Limited Director Steve Maingi said Hanrong 108 and Hanrong 109 had been inspected and certified by KFS inspectors at Abbas port in Iran, where the vessels were docked on February 21 and 22 this year. "We contacted Kenya Maritime Authority and they too gave us one inspector to do seaworthiness inspection at the same port," said Mr Maingi. According to the official, the vessels arrived in Kenya on May 13 where a second inspection was done. He said that the firm informed KFS, Kenya Maritime Authority (KMA), Kenya Ports Authority (KPA), Kenya Immigration Services and Port Health of the presence of the vessels in Mombasa and Malindi. "The vessels were cleared by immigration, customs and ports health and all relevant information was provided," he said.

Maingi maintained that the two vessels and their crew were in Kenya's waters legally.