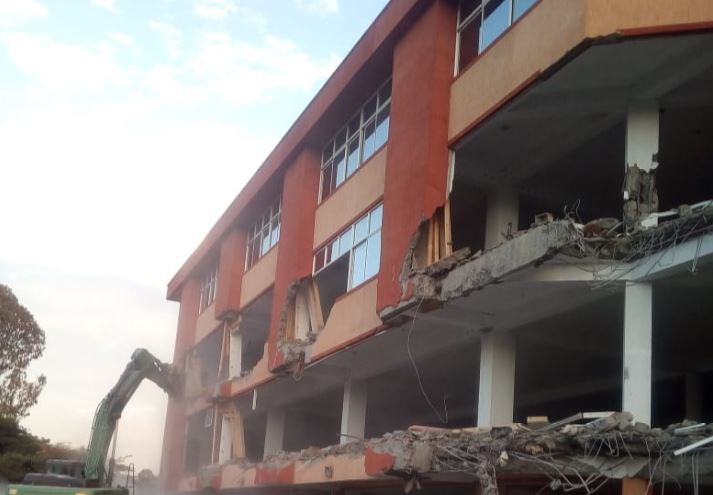 NAIROBI, KENYA: Nairobi Governor, Mike Mbuvi Sonko has fired back at his Kiambu counterpart Ferdinand Waititu over remarks he made over the weekend on the ongoing propertie demolition in Nairobi. Waititu is opposed to the ongoing demolition of building put up on riparian and public land On Sunday, Waititu termed the ongoing exercise as a big loss of resources to investors advising the concerned authorities to focus on diverting course of the rivers instead of demolishing structures

Waititu has been trending on social media for suggesting that instead of bringing down buildings worth billions of shillings, the Nairobi regeneration team should consider moving the river. “If your house is near a river, you should be told to move the river at your own cost. Demolishing houses is not a solution. Honestly speaking, it’s such a big loss,” he said during a thanksgiving service for Kikuyu MP Kimani Ichung'wah at Gikambura. Sentiments that have since not gone well with the Nairobi county boss. Sonko since took to social media to express his displeasure on how his Kiambu counterpart is meddling into the county affairs telling him to keep off. “My good friend & colleague should concentrate on his county. He should know we don't mix friendship with work. Even Weston, my Buru Buru Casurina coco beach plot, Taj Mall & many other buildings shall not be spared if found to be on riparian or public land, “read the twit.

Nairobi Governor Mike Sonko has asked his Kiambu counterpart Ferdinand Waititu, once a close ally, to keep off the city county’s affairs, particularly the ongoing demolition of buildings on riparian land. The two county bosses who have been close allies are now seen to be reading from different scripts away from their fiery style of conducting their affairs.