Kenya has deployed special forces to the eastern Democratic Republic of Congo as part of a regional force meant to track down rebels and restore order in the mineral-rich region.

M23 rebels are active in the region. The Kenya Defence Forces troops, whose numbers have not yet been disclosed, entered the region on Friday through Ishasha, a border town between Uganda and the DRC.

These troops were preceded by the deployment of military equipment via the Kasindi border on September 19, according to the Congolese Ministry of Defence.

Reached for comment, Kenya Defence Forces spokesperson Esther Wanjiku referred us to colonel Thomas Mwanga who in turn said KDF would soon hold a media forum and declined to give any further details.

M23 spokesperson Willy Ngoma told The Standard that the group does not fear any military and they were ready to defend themselves.

Asked about laying down arms as advised by the Nairobi process, Mr Ngoma said; “ni ndoto” (That’s a pipe dream).

“We are ready for peace but we’re are also ready to fight.”

The East African Community recently approved the deployment of a regional force made up of troops from Kenya, Tanzania, Uganda, Burundi and South Sudan to flush out rebels. Uganda has been fighting alongside the Congolese national army for 10 months against the rebels of the Allied Democratic Forces, an Islamist group in Uganda and DRC.

Burundian troops deployed in mid-August pending the start of an offensive against rebels.

On the contribution of troops, Kinshasa’s position of not wanting the Rwandan military as a possible force on its soil still stands after it was upheld by the regional leaders.

The force will be commanded by Kenya’s Major-General Jeff Nyagah and one of the two deputy brigadier-generals from DRC, in this case, Brig-Gen Emma Kaputa. The set duration is six months to identify and wipe out the negative forces.

On Wednesday DRC President Felix Tshisekedi on the sidelines of the UN General Assembly announced that the Kenyan contingent would enter Congo through the Bunagana border, which has been occupied by the M23 rebels for more than two months.

The security situation in the eastern part of DRC has been deteriorating with hundreds of residents forced to flee their homes. Fighting between the DRC army and the M23 rebels has revived hostility between the DRC and Rwanda.

Tshisekedi and Rwanda President Paul Kagame traded accusations at the podium of the UN General Assembly last week. Tshisekedi for the umpteenth time reiterated his claims that the Rwandan military is supporting M23.

“Despite my goodwill and the Congolese people’s outstretched hand for peace, some of our neighbours find no way to thank us other than supporting armed groups in the east of the Democratic Republic of Congo,’’ said the Congolese leader on Tuesday at UNGA.

He further argued that Rwanda’s involvement and responsibility are no longer debatable in the tragedy that his nation is living through zones occupied by the Rwandan army and their M23 allies.

President Kagame when responding to his Congolese counterpart, said that eastern Congo challenges will not be solved by blame games.

“The challenges in eastern Congo are not insurmountable, and solutions can be found. This would ultimately be much less costly in terms of money, and human life,” Kagame said in his address at the UN General Assembly on Wednesday. 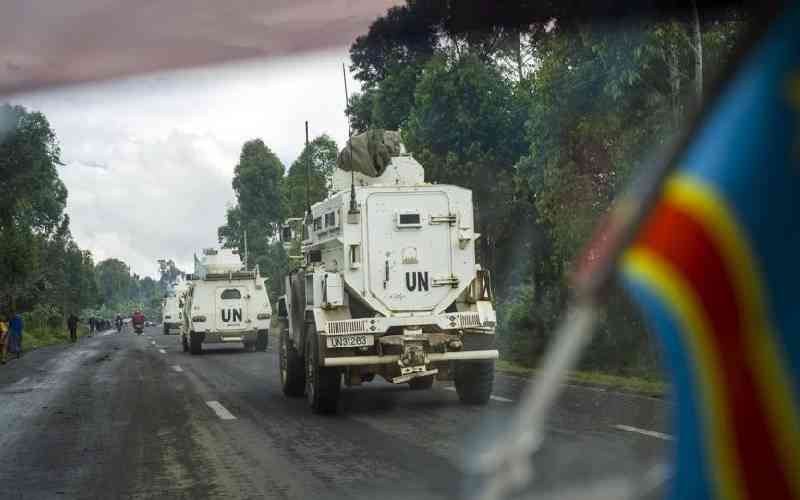