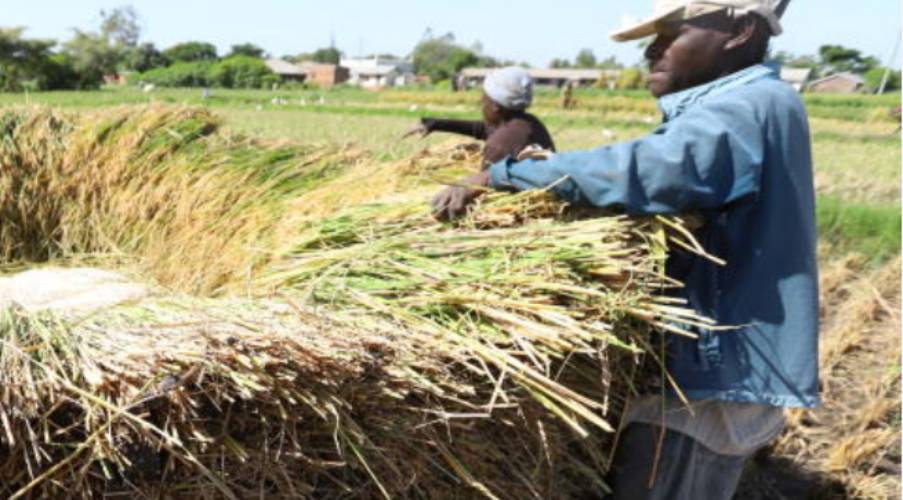 ''We are looking at tripling the daily milling capacity of fresh rice produce in the Nyando rice belt as we eye the local markets,'' Okuom told the Standard in an interview.

The purchase of the new mill comes at a time when the daily rice production has increased tenfold, outstripping the current LBDA plant's throughput capacity.

According to a rice assessment report compiled by the County Chief Officer and an agronomists Dr Paul Omanga, Kisumu County has over 15,000 acres under rice production.

Okuom disclosed that the new rice milling plant to be installed in the Nyando rice belt will process up to 1.5 tonnes of rice per hour and 13 tones in 8 hours.

''We will package the rice, and do value addition, as well as increase links with the buyers in the local markets as Kisumu aims to create more wealth, employment and jobs in the sector,'' Okuom said.

Rice farming in the county has picked up after LBDA revived its milling plant. But the milling machine which is one of the oldest has been outstripped by supplies.

This is what has now forced governor Anyang Nyong'o administration to embark on building a new plant.
The objective is to make Kisumu a more food secure county and to reduce over-dependence on food from neighboring countries like Uganda.

Owili spoke at a Farmers induction training, organised by Agricultural Finance Corporation in Kisumu. AFC Head of credit Badia Bonano promised to give farmers loans to boost their farming.

Tech CEOs back on Capitol Hill, this time to talk about misinformation

Republicans on the panel will likely criticise the tech giants for what they say are efforts to stifle conservative voices.

For a country that hosts the U.N. Headquarters in Africa, accommodating refugees should not be treated to political machinations.