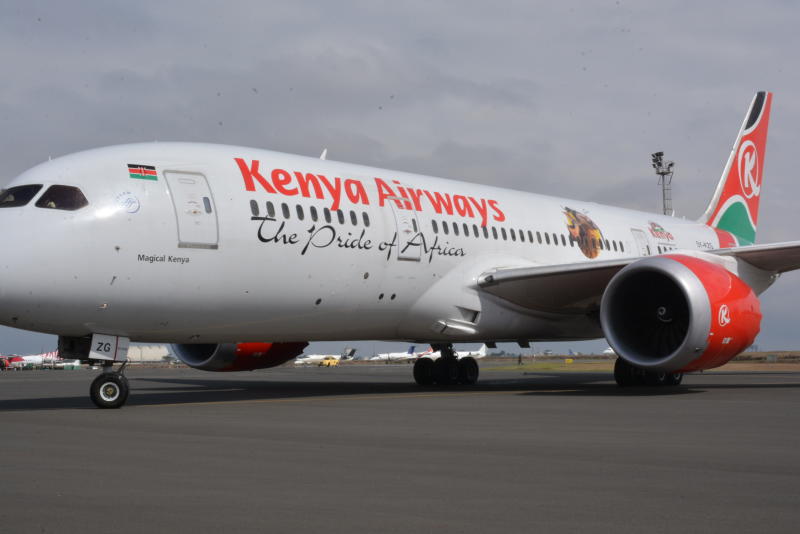 Omtatah wants the airline stopped from sending candidates to South Africa as per its advert that closed on December 11,2019, inviting applicants under its Ab Initio Pilot Trainee Program. He said the courses can be offered by local schools that have capacity and facilities to offer similar trainings.

“I also want the court to certify this matter as urgent and be granted a hearing on priority basis,” said Omtatah in the petition filed at Milimani constitutional court. He said KQ has solicited and received and continues to receive public money to keep the company afloat.

“By soliciting and receiving public funds, KQ has become a public entity with regard to the necessary safeguard of the said public funds, including by being bound by Kenya’s public procurement laws,” he says in his petition.

He said under Article 10 of the constitution, the company is also bound to be patriotic and equitable yet it continues to send its trainee pilots to South Africa while Kenya has government approved training organisations. Omtatah said he is aggrieved that, by disregarding Kenyan pilot training facilities and sending its trainee pilots to South Africa, KQ is not using the Kenyan taxpayer funds it receives in accordance with the law.

He added that KQ has failed to comply with the constitution and the Public Procurement and Asset and Disposal Act, 2015. In his petition, Omtatah said the court has powers and jurisdiction to stop the blatant disregard for the rule of law.

“KQ is not using the Kenyan taxpayer funds it receives in accordance with the law,” he added.

The Ministry of Transport, Infrastructure, Housing and Urban Development, National Treasury and Attorney General are key respondents in the suit. KQ is yet to respond to the petition. Omtatah was directed to serve the respondents with his petition to have the matter heard on March 4, 2020.