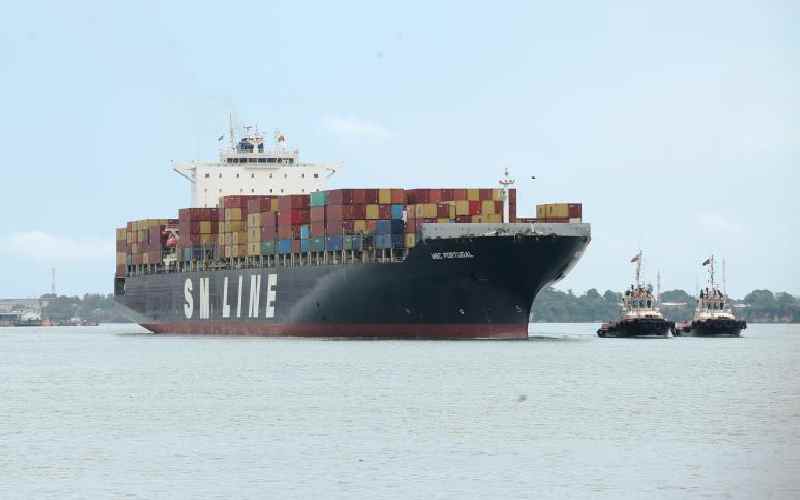 The Port of Mombasa is expected to further enhance its cargo capacity with the delivery of 17 container carriers in a fortnight.

With the acquisition of the new equipment, KPA said, the conventional cargo terminal expects 16 general cargo ships to discharge 353,533 metric tonnes of cargo.

Meanwhile, bulk clinker imports recorded 110,800 metric tonnes to emerge the leading conventional cargo handled at the port in the first week of February.

"As a tradition, bulk clinker is discharged directly from the ships to awaiting trucks queuing at the quay apron ready for delivery to cargo freight stations. Hundreds of trucks were witnessed making port return trips to evacuate the dusty cargo," said KPA.

The conventional cargo terminal saw 19 vessels, discharging an average of 32,923 metric tonnes of cargo per day.

Cargo deliveries from the cargo terminal registered a total of 198,229 metric tonnes by road transport compared to 63198 metric tonnes that exited the port by the conveyor belt.

The terminal also saw 1,001 units of motorcars and 114 trucks roll off from various motorcar carriers. Motor vehicles delivered under direct release recorded 1023 units, leaving a balance of 80 units, while 12 other units were placed for transhipment.

A total of 12,003TEUs were discharged from the ships compared to 15,383TEUs handled in the previous week.