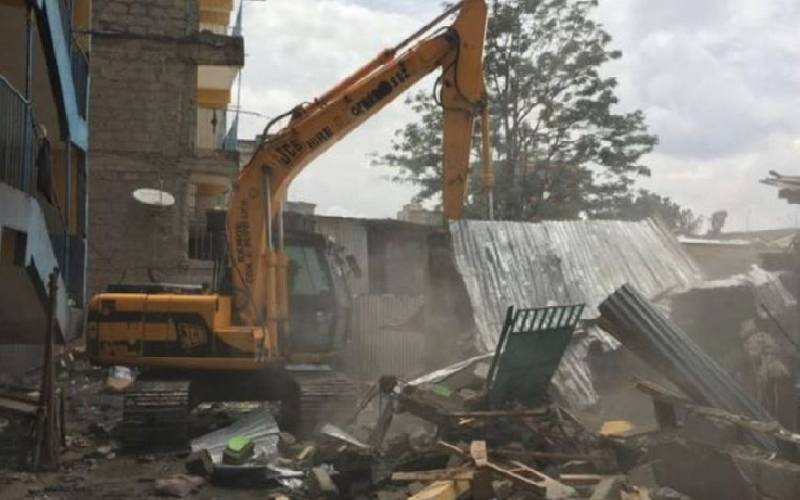 Traders in Garissa were yesterday counting losses after the county government demolished stalls built on a road reserve.

The traders, a majority of them women, protested the move, saying the county government had destroyed their only source of livelihood.

However, the county administration claimed the traders had been given six months' notice to move out or be evicted.

They marched to the governor’s office carrying placards to protest. “We have children, some of us are taking care of orphans, they destroyed all our stock. As I speak, I have nothing to cook for my children,” said Habiba Mohamed.

Zeinab Ibrahim said they woke up to find their goods strewn all over the road.

The county government recently formed a municipal board to among other things take charge of cleaning the town and demolishing roadside stalls.

Garissa County Municipal board Abdirahman Shale defended the county’s action, saying the traders failed to heed calls to move at least 100m from the road.