Naivasha District Hospital is in a dilemma over ten patients abandoned by relatives at the facility for more than two years.

Among the patients is a 19-year-old man who has stayed in the male ward for the past five years without a single relative coming to visit him.

The teenager, who could not speak due to his condition, was admitted at the facility in 2005 suffering from diabetes.

"His condition has since improved but we cannot trace his relatives," said Mr Benjamin Mwaura, the nursing officer in charge.

A mentally challenged woman has been at the hospital for more than two years and has since given birth to a baby boy.

The hospital administration said no one knows the father of the baby.

Mwaura said the hospital was congested and the abandoned patients were a burden to the institution.

An accident victim who was admitted at the hospital in 2007 has contracted tuberculosis, further complicating his situation, said Mwaura.

The patient identified only as Kuria, claims to come from Wanyororo in Nakuru.

The hospital maternity wing is the worst hit by the congestion and patients routinely share beds.

Ms Mary Chege, the deputy-nursing officer in charge of the maternity said a two-year-old boy born in the ward was yet to be released because the mother is mentally unstable.

She said the child was unable to talk or walk and there were fears that he could get infections from other patients.

"The woman was brought in by police some days before she delivered. She claims that she comes from Murang’a," said the nurse.

The population in Naivasha has risen sharply following the post-election violence, which led to thousands of people evicted from other parts of Rift Valley Province to move into the town. The large number of people has strained public amenities, especially schools and health facilities.

The hospital urged relatives of the abandoned patients to pick them because they could easily contract serious diseases while at the facility. 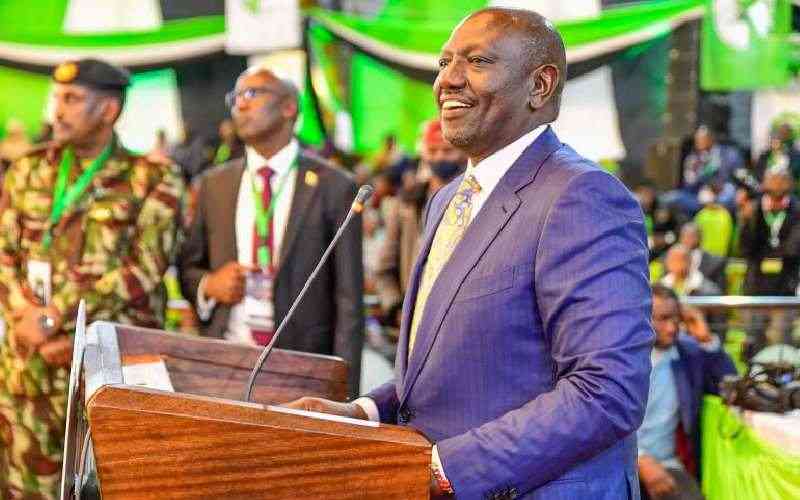