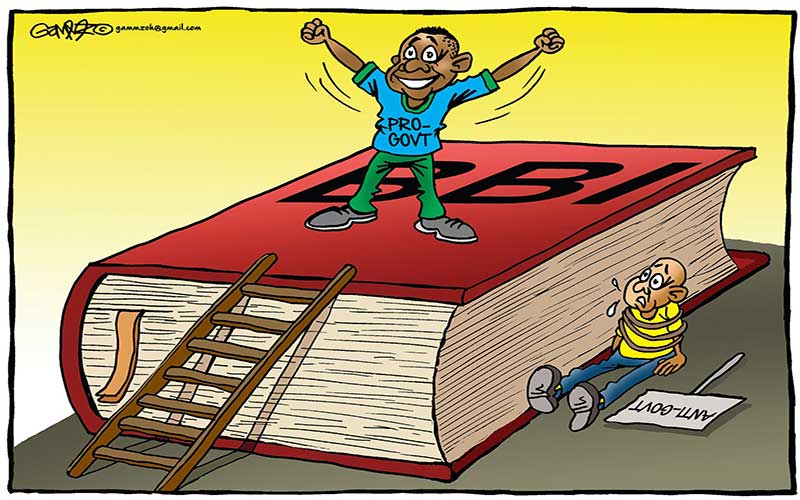 A reformist agenda should never be the instrument of coercion. Indeed, reform and coercion are mutually exclusive notions. To use them as complements in one sentence is an example of the perfect oxymoron. For, how could coercion and reform even be neighbours? I am constrained to return to this subject as my country is engaged in what sometimes looks like a coercive reform agenda.

I have had the privilege to appear before the Building Bridges Initiative (BBI) Steering Committee in Nairobi this week. I found a genial team, under the sober chairmanship of Dr Adams Oloo. The substantive chair, Senator Yusuf Haji, was away attending to loss of life in the family. It was a responsive, dignified and attentive team. You got the impression that they wanted to listen and that they placed their country first.

You want to hope that this impression will survive to the very end of the BBI process. The team has up to June 30 to complete its validation of the BBI Taskforce Report of November 2019. You are called upon to remember that the team is steering a process that should give future generations a better country than we live in today. A painstaking approach to the task in its hands is, therefore, of the greatest essence. The noble tilt in the steering committee is, however, besmirched by the activities and pronouncements of the political class. There is something bordering on desperate impatience, or impatient desperation, in this class. It is a worrying anxiety and touchiness. Its cacophony wants to drown the steering committee. This is especially so when it proclaims deadlines and timelines within which certain things must be realised.

Last week, the steering committee was told that it must complete its work by March 31. A funeral gathering in west Kenya heard that there was no need “to waste time on the validation exercise” – even on reading the report. What is required, the mourners heard, is to collect signatures for a referendum on the report. The referendum must, itself, be conducted before the end of June.

The scenario reminds you of a person warming food in the microwave. While he has set the time on the appliance, he is concerned that it is rather slow. Culinary anxiety leads him to pick up the fan. He attempts to fan the microwave, like a charcoal burner. He wants it to do its work faster. What energy drives this “foodious” anxiety? Is about the nation, or is it some other sinister agenda? The team I have encountered at the BBI Secretariat leaves no doubt that it is more than equal to the task at hand. This is despite the fact that it was selected by two individuals in a rather duopolistic manner. Easily, the best way to get the best outputs from the BBI process is to allow this team both the time and space to independently listen to the citizens.

Uproarious rallies at which dissenting voices are harangued will defeat the BBI spirit. We have heard it categorically said at these rallies (categorically, friends) that certain things will happen in the BBI, whether some people like them or not. And I would have thought that this was the superior attitude that the BBI was meant to liberate us from? It is a troublesome coercive spirit that will hopefully remain behind when the country moves into a brighter future with the BBI.

One of the nine pillars of the BBI effort addresses the matter of violence – and especially political violence at election time. The temptation is to imagine that violence is only when someone assaults the other physically. NO. Violence comes in many guises. There is also verbal violence. The language of “whether people like it or not” is itself violent.

It should not surprise us if the present incarnations of violence should bloom in the season of the referendum that we have heard about. The Yusuf Haji team is there, waiting for all of us. Instead of sowing emotional wild oats at divisive political rallies, let us try to take our views to this forum. As we do so, is it also possible that we could demonstrate that we respect the team?

The political class should not behave as if it owns the steering committee. In particular, it should not give the impression that it can command the pace of the committee and the final report, simply by blowing the whistle. Each of us would desire that the report comes out with some very specific suggestions that are dear to us. Yet this will not be possible.

If we should not like the final report, we will still have another chance to exercise our opinion – as we have heard – at a referendum. When the time comes, the majority will have their way. The minority will, for their part, have their say. Accordingly, coercive saber-rattling at political rallies and in other aggressive forums is completely unnecessary.

We’re all willing players in insults against humanity

How fallen matriarch shaped the destiny of her only son, Mudavadi