When you have placed your grief before an arbitrator, you don’t impeach the referee. You allow him latitude and benefit of the doubt. You do not brandish objects in his face and threaten everybody with unspecified consequences if the ruling will be against you. You don’t put the arbitrator’s integrity in doubt. The NASA presidential candidate in the August 8 election needs to remember this. NASA protested against the vote tallying and relaying of results even before the IEBC declared the outcome. In doing this, they were well within their rights.

Their eventual rejection of the outcome, too, was within their rights. Equally within this prism were the demonstrations that accompanied rejection of the result. The destruction of property and the fires that went with this were, however, not part of their rights. This was an infringement upon other people’s rights and freedoms.

Conversely, there was state-driven extra-judicial killing. Official police sources said they killed robbers and looters. We must take it that the six-month-old baby Samantha Pendo who was killed in Kisumu was found looting. Such absurd things are now normal in Kenya.

For, nobody seems to be following up cases of those killed in the post election protests. It is chilling that a country could sink to a level where it is acceptable for babies to die from police gunshots and battering, ‘because they were caught looting.’ One hopes that human rights organisations will follow this through, even as they struggle against arbitrary deregistration.

Meanwhile, Raila Odinga of NASA and President Uhuru Kenyatta have shown they have little respect for the courts. During the ended campaigns, both leaders exploded against the Judiciary. They were angry over one election related issue or the other. The objective was to intimidate the judges. Chief Justice, David Maraga, was pained to caution them on the independence of the Judiciary. He has had to do so once again. Hopefully, the two leaders and their respective trains will now exercise a modicum of self-control that keeps eluding them.

The entire electoral season is very disheartening. It only seems to push a divided nation to the next level of polarised ethnic hostility. The current cycle has introduced the element of seceding. NASA’s economic adviser, David Ndii, has suggested that if the Supreme Court rules against NASA, the coalition should lead a number of Kenyan tribes to break away, to form their own nation-state. Maps have already been drawn and draft petitions are being signed online.

As you would expect, this has sparked a primitive online war. A certain tribal priest has even ‘face-booked’ that Ndii should be detained without trial. This dog-collared tribal man of God has advised Uhuru ‘to grind’ his detractors.

Seceding is a grave matter. It is tied up in the double knot of the right to self-determination and threat to national sovereignty. Debate on this subject needs very sober management.

First, those sponsoring it need to be mindful that they are asking for a permanent separation of peoples in the Kenyan nation. They must also recognise that international laws allow the state to use all means possible to protect its territorial sovereignty. When poorly managed, quests for self-determination have bordered on a declaration of war. To understand the rest, please refer to the violent process that led to the collapse of Yugoslavia and the birth of such new states as Bosnia, Kosovo, Serbia and the rest.

Yet, isn’t there wisdom in reflecting on why people would begin considering extreme options like secession? Instead of demonising them, isn’t there merit in those in power questioning the manner in which they have exercised power? Have they created an ‘us’ versus ‘them’ ethnic divide? Do they seem to cause ‘ethnic outsiders’ to want to opt out of the union?

From ancient antiquity to the present day, when community-based identity groups feel oppressed, they will not just want to exit the union. They will be willing to pay any price. We read in the Bible about King Solomon’s son and heir Rehoboam, who was perceived to be unkind to the northern tribes of Israel, after succeeding his father. Ten of the 12 tribes broke away in 931 BC, leaving this Iron Age king to be the leader of the two tribes of Judah (1 Kings: Chapter 12).

The management of civic events in Kenya has now sown the idea of secession. You can’t wish it away, for it has germinated into public conversations. Article 2(6) of the Constitution of Kenya when read together with Chapter One the UN Charter, lends legitimacy to this debate. Article 2(6) makes the charter part of the laws of Kenya. Meanwhile, the charter reads in part, ‘People, based on respect for the principle of equal rights and fair equality of opportunity have the right to freely choose their sovereignty and international political status with no interference.’

Those talking about secession are therefore well within the law. Yet, the principle of territorial integrity is in conflict with that of self-determination. This clash has often led to wasteful bloody conflicts. President Kenyatta must ask himself why Kenya is holding this delicate conversation under his watch and address the blemishes in his rule.

Uhuru to launch legacy projects in Coast next month
The President will next month launch the Changamwe interchange and Mombasa Kwa Jomvu road built at a cost of Sh85 billion and the Makupa bridge which cost Sh4.5 billion.
Coast
By Kelvin Karani
4 days ago

Azimio council wants voter register probed
The council tasked each constituent party in the coalition with implementing a strategy that will synergise and strengthen candidates in all elective positions.
National
By David Njaaga
5 days ago
.

By Barrack Muluka 3 4 days ago
No Mr President, we are not yet brave enough to undo land theft 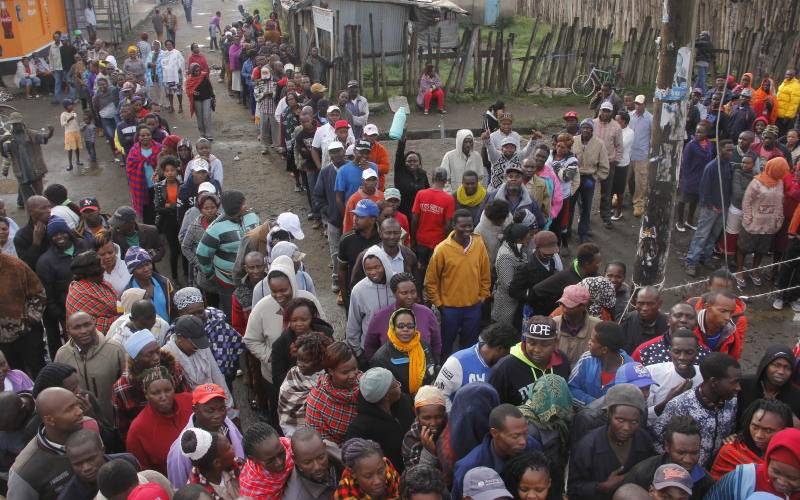 By Barrack Muluka 3 11 days ago
If this election is about cost of living, which coalition wins it? 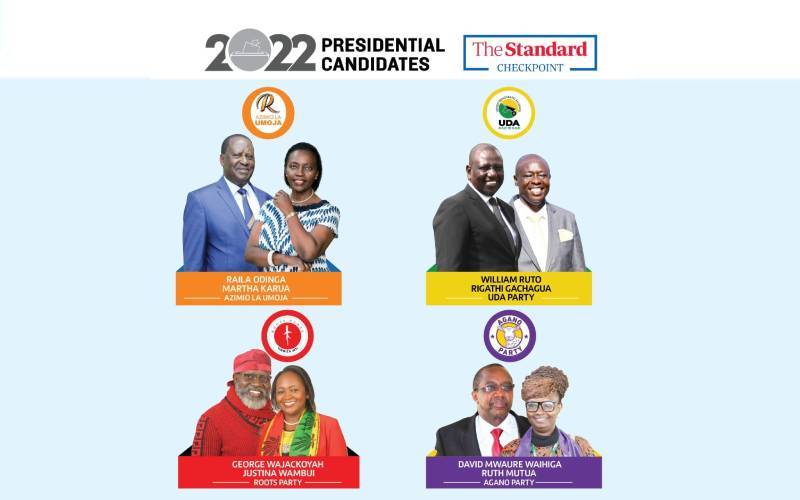 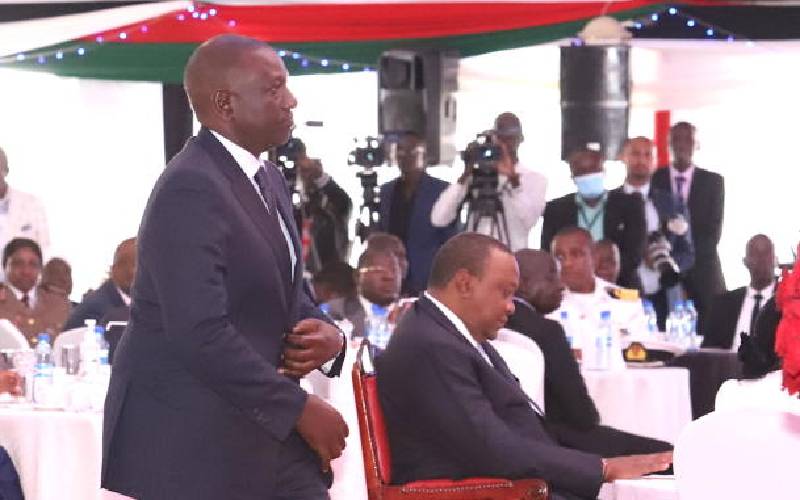