Nationwide demonstrations in Iran following the death of a young woman in police custody continued for a 33rd consecutive day, with overnight protests in Tehran, Sanandaj and Dehgolan, as citizens chanted Death to Khamenei," and students held rallies at several universities.

U.N. human rights officials denounced the Islamic Republic's violent crackdown on anti-government protests as a violation of international law and called on Iranian authorities to end their deadly crackdown against peaceful demonstrators.

The protests started in mid-September after the arrest and death days later of 22-year-old Mahsa Amini. She had been held by Iran’s morality police for failing to properly cover her hair with a hijab.

The group Human Rights Iran said this week said the death toll from the crackdown on the ongoing nationwide protests has so far reached at least 215, of which 27 were children.

Iran’s government has claimed Amini suffered a heart attack and was not mistreated. Her family said she had no history of heart trouble and that her body bore bruises and other signs of beating.

Meanwhile, citizens of 14 countries have been detained in connection with protests in recent weeks by Iran, a media outlet close to the Islamic Revolutionary Guard Corps (IRGC) reported on Wednesday.

The report said those arrested include those from United States, Russia, Austria, France, the United Kingdom, and Afghanistan. 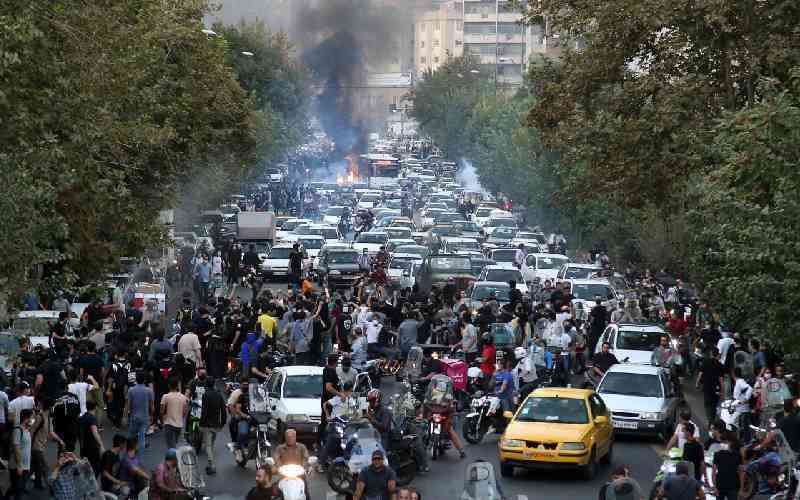 Iran intensifies crackdown on protests of woman's death
Asia
By VOA
3 months ago
.