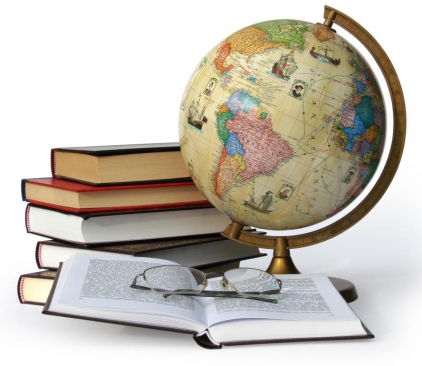 NAIROBI: The gradual opening up between agents in the literary trade might yield a proper harvest for Kenyan Literature sometime in the distant future (I certainly do not include in it the current thinking which equates literature to a certain nocturnal – well, even diurnal – activity where the publisher and the editor are considered a pair of wonder-drug pills).

One wishes the confrontational spirit continued. We should discard all care to the wind and retain only the bare minimum in any discussion of Kenyan art, including literature, even when reasons of dark ethnic bigotry threaten to stand in our way.

The same bare-knuckled approach to literary criticism has always existed in Kenya and East Africa. You only need to peruse a few pieces of criticism in the ‘60s, ‘70s, and early ‘80s. The naked attack even from political scientists (Ali Mazrui) and literary historians (William Ochieng and E S Atieno Odhiambo) mesmerise you.

Unfortunately, all fangs are pulled out somewhere along the way, and they are immediately replaced with the blunt incisors of ‘Yes Criticism’. You die with laughter, seeing how the author soon begins to manipulate the critic, how she mercilessly spins him in front of her, and then she knocks him across her right knee in that salsa-dance relationship.

I suspect it happens only in the boundaries of effeminate Kenya. You will never hear of it in Egypt, not in South Africa, certainly not in Nigeria (interestingly, these are the three African countries that have won the Nobel Prize in Literature).

Historically tough-minded Nigerians, South Africans, and Egyptians are too revolutionary to have any business praising you even when you clearly do not measure up. We would have to argue whether it is possible for small-minded people to kick a pharaoh out of power, end apartheid, and reject regime after regime.

Perhaps ‘Yes Criticism’ in Kenya neatly coincides with the Kanu autocracy which hollowed out people’s minds. But Kenyans never really recovered from that mental plague. We probably never will, because the disease continues to this day, only that the narrow-minded ethnic magma is made to follow a very tribal vent on its way out of the national volcano.
Hope. We remember a Kenyan critic snidely attacking softer equals under the banner of ‘the things Kenyan critics do’. Yet to be fair, the target of that attack had already exposed the political autobiographies (what I call ‘votobiographies’) of Simeon Nyachae and the late Njenga Karume as being too guarded.

A critic has also recently wondered whether the fact that Kenyan writers win at home but lose abroad is a pointer to the dubious quality of our writing. Another has publicly trashed a book which promised to, but disgracefully failed to ‘tackle’.

We should say that the above position means very well for the country’s literary growth – except for those who want to build a career out of praise-singing. A critic cannot hold back in a country where writers are generally so artistically clumsy, that reserving any praise for their work is often an act of evening philanthropy (you have been searching in vain since dawn).

It is starker in the case of a certain writer than anywhere else. In the literary circles these days, even a critic’s passing comment on an author’s devotion to ethnic coexistence is quickly turned on its head, and used to calibrate the stem of your intellectual bigotry. I

’m never bothered by such thimble-headed thinking. It is more profitable for the eye-balls of the literary critic to be so blood-shot that it isn’t just enough for the clumsy writer to only tremble; they also ‘must be driven out of the market’.

I mention that writer because they seem to have curiously patented a certain space in Kenyan writing. But precisely due to it, I suspect that critical coyness and a bit of our national sycophancy retarded his creative development. And Kenya’s as well.

Kenyan authors might even be innocent. The literary critic and the average Kenyan reader regularly let down their authors with frivolous pako ruath (hero-worship). Even as you wrote very uninspiringly over the years – and with all the obvious, top-heavy shortcomings that dog your typical book – many Kenyan critics are likely to yell and fly about you with as much wild fanfare as accompanies every bull to the battle-front in Ikolomani Constituency every year. Campaign-agent critics will not let you rest; they will not confront you with the truth. They will keep nagging, buzzing around your ears with extremely heart-warming songs of praise.

We keep meeting different interpretations to Kenya’s light kiondo of literary harvest. The critics have a point, but only up to a certain limit. I hold a different opinion: the above thunderstorm of loud cries and heroic chants from critics and readers is what usually disappears with our young authors’ creative milk.

In a specific case, so total was the disappearance that, at the creative/entertainment level, to even attempt to compare the writer’s oeuvre with a past Nobel Prize in Literature winner’s is to be very merciless on the Kenyan writer.

I have for instance written in the past that the reason I one day want Ngugi wa Thiong’o to win that prize is his Dreams in a Time of War (2010) – not withstanding some very stark lies that wink at me in that book.

Our only harvest from that garden of critical sycophancy is the interesting logic, which I keep hearing, that a Kenyan author should win the Nobel Prize in Literature because of ‘regional balance’. It’s irrelevant. It’s counter-productive for the development of East African Literature.

Your Nigerian, South African, or Egyptian interlocutors will floor you by casually observing that Kenya won a sympathetic prize. They will have sealed your lips with a sense of ‘regional balance’.

Those who habitually clutch at the straw of any kind of ‘balance’ authenticate the rumour that Kenyan writing is generally as ugly as a crow.

It’s why I never care how many prizes you gather abroad. The ethnic pus which oozes from your way of thinking is a textual weakness I am likely to point out even if you replaced the sun with the moon.

The burden rests on the Kenyan critic to insist that the author measure up. The critic loses nothing by trashing kindergarten-grade scribblings masquerading as gems.

He isn’t the suspicious, wonder-drug peddler that the publisher and the editor both are.

Other people’s being too cautious about these issues doesn’t bother me much, but it must be the reason some tribally volcanic critics can’t see the reason they should vomit their ethnic lava elsewhere.

English, indeed, has the word ‘Prioritise’