Three residents of Meru have gone to the High Court seeking to stop the tribunal formed to investigate four Independent Electoral and Boundaries Commission commissioners who dissented during presidential election.

Philemon Kiogora, Godfrey Kinoti and Joshua Mwirigi, through their lawyer Kiogora Mugambi, have challenged the mandate given to the tribunal set up to investigate the conduct of Juliana Cherera, Francis Wanderi, Irene Masit and Justus Nyang’aya.

All four commissioners were listed as interested parties in the petition before Justice Edward Muriithi.

Mugambi said his clients were aggrieved because the issues raised against the four commissioners were heard and determined by Supreme Court as the State organ with the jurisdiction to hear and determine any dispute relating to the presidential election petition.

The trio argued that in the event the tribunal was allowed to deal with the matter of the four who opposed the announcement of the presidential election by IEBC chair Wafula Chubekati, their rights risked being violated.

The petitioners are seeking to stop the tribunal from prosecuting, deliberating, recommending or investigating the allegations contained in the National Assembly Petition for Removal from Office of the four commissioners. 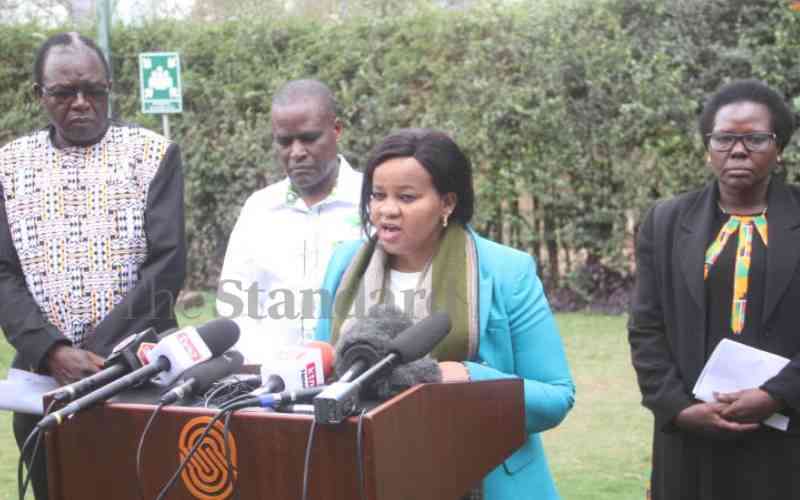 Fishermen suffer losses as climate change hurts fish species
Nyanza
By Harold Odhiambo
2 hrs ago
What re-insurance does to stabilise a country's economy
Opinion
By Michael Mbeshi
3 hrs ago
Ovarian cancer in young women is remote but not impossible
HEALTH
By Dr Oliver Kiaye
3 hrs ago
Premium Did you know just-born babies can crawl up to the mother's breast?
Health & Science
By Nancy Nzau
4 hrs ago
.