Citing the withdrawal of cases against some high-profile politicians allied to the ruling coalition, Raila has suggested that courts are favouring Kenya Kwanza leaders while doing the opposite for opposition leaders in trouble with law.

"People facing murder and graft charges are being forgiven. But on the Azimio side, there's no justice. For example, Waluke is in jail for 67 years. It's not fair," he said.

Without doubt the collapse or impeding collapse of high-profile court cases against persons affiliated with Kenya Kwanza weeks after the new administration took over has raised eyebrows. Some of those whose cases were dropped have gone ahead to become Cabinet secretaries.

But be that as it may, that doesn't warrant Raila, or any other leader, to call for the release of convicts such as Waluke for 'equality's sake'.

Waluke has twice - first by the Magistrate's Court and then by the High Court - been found guilty of defrauding the National Cereals and Produce Board of Sh297 million. The MP belongs in jail unless he raises the hefty bail or the court rules otherwise in the future.

What Raila should have done is to call for impartial investigations to establish whether the current government - which has vowed to respect the independence of the Judiciary - has meddled with the cases facing the Kenya Kwanza leaders.

It is also noteworthy that politicians in Kenya Kwanza have repeatedly accused elements in former government - and the DPP has hinted the same - of concocting cases against political opponents. It is  important to find the truth about this claim too.

But as that happens, politicians should refrain from calling for the freedom of their bedfellows who have been found to have looted millions of shillings from the taxpayer, merely because they suspect the other side is playing games. Two wrongs don't make a right.

Above all, courts should stand for what is right and refuse to be embroiled in political battles. 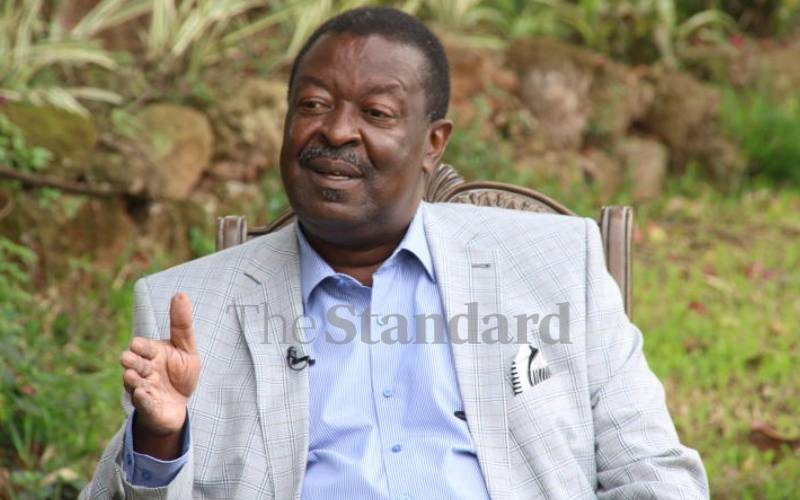 11 officers questioned over burglary at Mudavadi's home
National
By Kamore Maina
24 mins ago
Premium Why Raila's gunboat diplomacy will not work this time around
Opinion
By Leonard Khafafa
44 mins ago
Step aside MPs now and let counties manage CDF
Opinion
By Elphas Wanda
1 hr ago
How Knec can better safeguard data while releasing exam results
Opinion
By Murunga BMW and Lauretta Oyile
1 hr ago
.