By Kirsten Kanja | 3mos ago 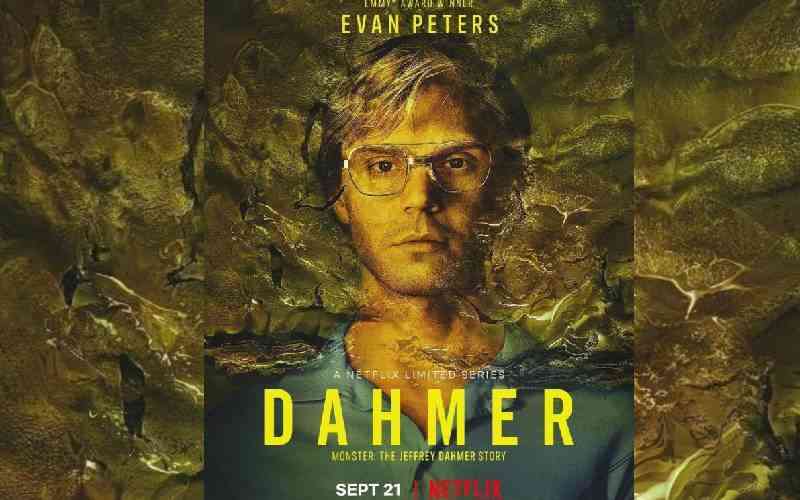 ‘Monster: The Jeffrey Dahmer Story’ premiered on Netflix at the end of September to a big reception, controversy, and attention from the True Crime world.

The 10-episode show is chilling, raw, and thought-provoking. It chronicles its version of the killing spree undertaken by American serial killer and cannibal Jeffrey Dahmer in Milwaukee city.

The True Crime series intensely acts out how Dahmer conducted the slaying of 17 men and boys between 1978 and 1991. It has since been called out for misrepresentation of the victims’ stories and re-traumatising affected families.

Actor Evan Peters skilfully played the role of Dahmer in the hugely successful series. He revealed in an interview that one key rule the producer insisted be followed was avoiding focusing on the serial killer’s point of view.

He said the show did not seek to humanise Dahmer or get audiences to sympathise with him in any way.

“As an audience, you are not sympathising with him. You are not getting into his plight, you are more sort of watching it from the outside,” Peters said.

He added: “It is called The Jeffrey Dahmer Story, but it is not just him and his backstory. It is the repercussions; it is how society and our system failed to stop him multiple times, because of racism and homophobia. The Jeffrey Dahmer story is so much bigger than just him.”

Rita Isbell, the sister of one of Dahmer’s victims, Errol Lindsey has had to relieve the painful feelings and memories of testifying at Dahmer’s trial in 1992.

The emotional statement she gave in court has gone viral on social media, especially Tik-Tok, after being re-enacted on the Netflix series.

Dressed the same way she was that day, actress Dashawn Barnes portrays the heart-breaking scene where Isbell faced her brother’s killer. “I planned to get up there and say how it made my mother feel and what it did to her and all this other stuff. But no, when I got in front of his face it was a whole new ball game. I recognised evil. I was face-to-face with pure evil,” she told Insider magazine.

Plan to split Safaricom still on, says CBK
Business
By Brian Ngugi
32 mins ago
Chebukati to Raila: Show evidence that I visited your home
National
By George Maringa
1 hr ago
Political will needed to act on climate change
Health & Science
By  Imali Ngusale
2 hrs ago
Kenya's mitumba make it to Paris Haute Couture Fashion Week
News
By Peter Muiruri
3 hrs ago
.

By Peter Muiruri 12 hrs ago
Premium Dawood, surgeon who mastered the art of the scalpel and the pen

By Benjamin Imende 12 hrs ago
Premium Ruto slams Raila backers, accuse them of blackmailing the State