A court has quashed a divorce case after finding that a husband sent a divorce letter through email.

The Kadhi’s Court has found that the man’s application to divorce cannot be allowed as his wife never signed the application for divorce registration, nor consented to part ways.

According to Senior Principal Kadhi Abdulhalim Athman, the man ought to have communicated to his wife before he formally sought the court’s endorsement.

“Divorce registration is only filed on the presumption that the informal divorce issued by the husband is not contested by the divorced wife.

“In either case, the divorced wife would be served with the petition or miscellaneous cause. In this case, the applicant did not append her signature on the application for registration of divorce or consent thereto. The application was thus incurably defective,” he added.

According to court documents, the two were Christians who then converted to Islam on October 25, 2019, at Jamia Mosque in Nairobi. On January 4, 2021, (Y) RWK filed for registration of divorce. He attached an email of the divorce letter sent to  MASPK.

After hearing him, the court allowed the divorce and issued him with a certificate.

However, MASPK went back to court. She told the Kadhi that (Y) RWK is a German while she is a Kenyan. They both, however, live in Germany.

According to MAPSK, she had filed for a divorce in Germany but the man produced a divorce certificate from Kenya’s Kadhi court.

She stated that following his production of the certificate, her divorce case before Schleswig-Holsten Higher regional court in Germany will be rendered inadmissible and jeopardise her legal rights in Germany.

According to her, the case had been suspended in Germany, waiting for recognition by the court of the divorce concluded in Kenya.

She told the Kadhi that she had since reverted to Christianity on December 31, 2019, after renouncing the Islamic faith and therefore the court had no powers to entertain the case.

At the same time, she lamented that she did not know that (Y) RWK had filed a case for a divorce.

According to her, she became aware of the case in Kenya during court proceedings in Germany.

The man was equally served with an application and a hearing notice on email by MAPSK’s lawyer.

Kadhi Athman noted that he did not reply to the application and did not appear to give his side of the story either physically or in a virtual court session.

He noted that judiciary regulations do now allow litigants to be served or be served through mobile-based applications, and that parties can participate in court hearings from anywhere in Kenya or the world.

Kadhi Athman noted that for his court to entertain a divorce case, man and wife must be Muslims.

He however noted that there is a caveat that allows the court to determine cases of those who wedded under Islamic law even when they no longer profess the Islamic faith.

“In the instant case, the marriage between the parties having been celebrated in Kenya under Islamic law and registered under the Marriage Act, 2014, the court had the requisite jurisdiction to handle and determine it,” said Kadhi Athman.

He observed that the second issue in the case was whether the woman got a fair trial.

According to him, the woman said that she was not served with the court papers.  However, he said the man filed an email to prove that he had served her with a divorce notice.

According to him, the man failed to produce evidence that he served MASPK again to notify her that there was a hearing.

He said that although the man has the power to effect a divorce upon his wife, it has to be communicated to the divorced wife.

Then, both parties have to sign an agreement that they want to part ways and if this has not happened, the man has to file either a petition or a case for registration of divorce or consent.

Kadhi ruled: “For the reasons aforesaid, the suit is struck out. Each party to bear its own costs.” 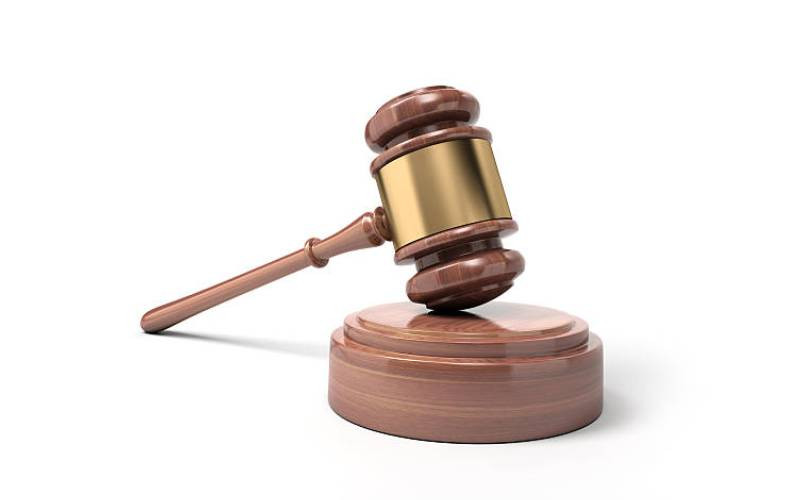