City Hall next battlefront for ODM and UDA

By Fredrick Gori | 1mo ago 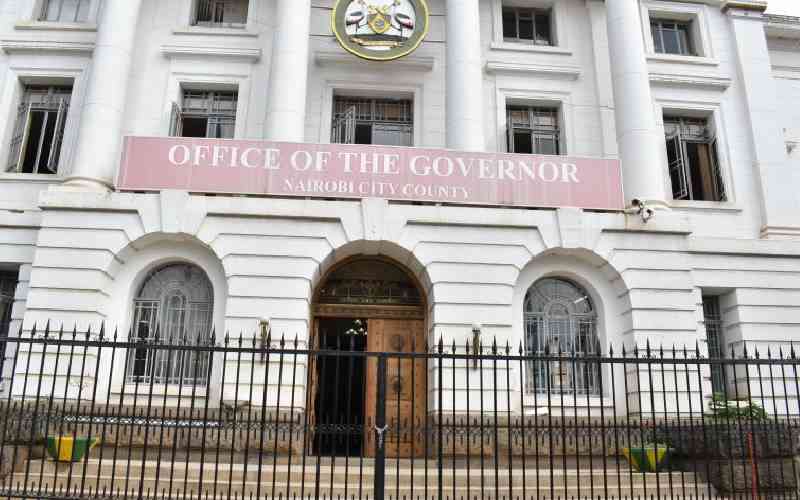 The Nairobi County Assembly could be a theatre of political wars following the sharing of spoils by UDA and ODM.

By yesterday, the two parties had clinched 35 MCA seats each, Jubilee had five, Wiper 4 and Chama Cha Kazi had one. There are also two independent MCAs.

ODM, Jubilee and Wiper are partners in the Azimio la Umoja One Kenya Coalition. Nairobi has 85 wards and two of them, Kwa Reuben and Utawala, are yet to hold elections after the electoral commission postponed the exercise. The polls will be held on August 23.

From the analysis of the results so far, Azimio la Umoja will control the assembly which in the last five years has been dominated by the Jubilee Party. This means Azimio will have the advantage of picking the Speaker and Leader of Majority positions.

At the same time, Nairobi Senator Johnson Sakaja took an early lead in the governorship race.

While results have been slow in coming, the ones obtained from five of the city’s 17 constituencies indicate he had been opened a commanding lead against his rival, Azimio la Umoja’s Polycarp Igathe.

Whoever wins will be Nairobi’s fourth governor after Evans Kidero, Mike Sonko and Anne Kananu.

Kasarani constituency was the first to complete counting and tallying of results on Thursday.

While the final results of governorship was announced at 4pm on Thursday, the returns had not been made to the county.

“I have not seen them and none of the 17 returning officers (ROs) has called to brief us on the status. But we wait,” County Returning Officer Albert Gogo said.

The tallying of results for three seats was halted after ROs were ordered by the commission to deliver forms 34B to Bomas of Kenya. Forms 34B are the aggregate of the results of all forms 34As in a constituency.

The results started coming out even as the doors to the Nairobi County Tallying Centre were finally flung open on Thursday after three days of inactivity as much as the election fever engulfed the country.

Even then, there was no work for Mr Gogo, his officials and agents of all candidates seeking the top three seats in county – governor, senate and Woman Rep. The centre has been under lock since the polling stations closed after voting ended on Tuesday evening with no activity.

By Elphas Wanda 3 hrs ago
Premium Why Kenya should embrace electoral college, US style