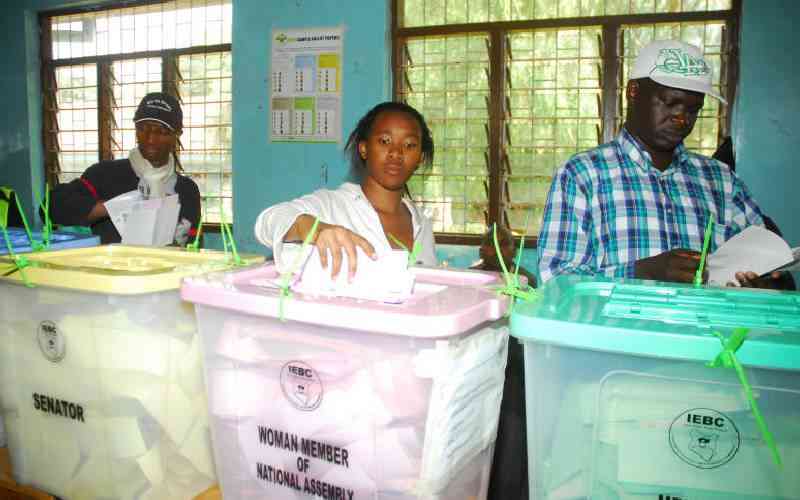 In these tough economic times, there isn’t much you can buy with Sh100 save for a 2kg packet of maize flour after a deal reportedly struck between the government and maize millers.

The arrangement was that all maize within the country be nationalised. According to maize millers, the available maize is worth 640,000 bales of flour.

Two weeks later, this arrangement seems to have fallen flat in many retail outlets. They say they are yet to lay their hands on the subsidised flour.

On one hand, the government is blaming unscrupulous millers for hoarding the cheap maize flour so that they can sell it at a higher price after the subsidy is over.

On the other hand, millers are insisting on advance payment of the Sh8 billion that the subsidy depends on.

Even more complicated is the fact that the retailers claim the government only considered maize held by millers and not stocks they had already purchased at higher prices which is worth about Sh175 million.

Why does this back-and-forth matter, two days before the General Election?

Abraham Lincoln, the 9th American President, has an answer to this question, “Elections belong to the people. It’s their decision.

If they decide to turn their back on the fire and burn their behinds, then they will just have to sit on their blisters.” Campaigns belong to politicians but elections belong to the people. We, the people of Kenya, must now take full responsibility of the Tuesday elections. We must hire and fire lest we live with the consequences, including food prices.

Back to maize flour prices, it’s clear that government subsidies are simply not sustainable. We must face and address food production chain in totality. A substantial percentage of the maize we consume locally is imported.

I challenge the incoming administration to enact policies that will drastically boost local maize production and consequently lessen the need for expensive maize imports.

Herein lies the primary role of the leaders that we shall elect on Tuesday – policymaking.

We must shift from the mindset that predominantly demands ‘development’ from elected leaders. Policy births development. Elected leaders midwife this birth.

Imagine a midwife who is unqualified, who doesn’t know when to pull out the baby or when to cut the umbilical cord. The baby wouldn’t stand a chance.

That is what incompetent, ineffective legislators do – they stifle great laws from seeing the light of the day. But before we cast a stone at them, let us remember that they do not elect themselves. We elect them.

In essence, we the people are the originators of the great laws that birth great development. When we elect great leaders, they will deliver great laws and development will ensue.

On Tuesday, the overall prosperity of Kenya will be in our hands. We must pay attention to all elective positions as opposed to our usual obsession with the presidency.

As the leader of a political party – the Green Thinking Action Party (GTAP) – I have witnessed an unprecedented level of electoral integrity. The Independent Electoral and Boundaries Commission seems to be living up to the independence that the Constitution granted it.

Electoral integrity is however not a preserve of the IEBC. Kenyans together with the international community must remain vigilant.

More importantly, Kenyans must now step out of their homes into the voting booths and cast their votes. After that, they must hold the elected leaders fully accountable every single day of the next five years lest we end up with another maize crisis. Think green, act green!