Why the horses and donkeys matter in race to leadership

By Mike Nyagwoka | 6mos ago 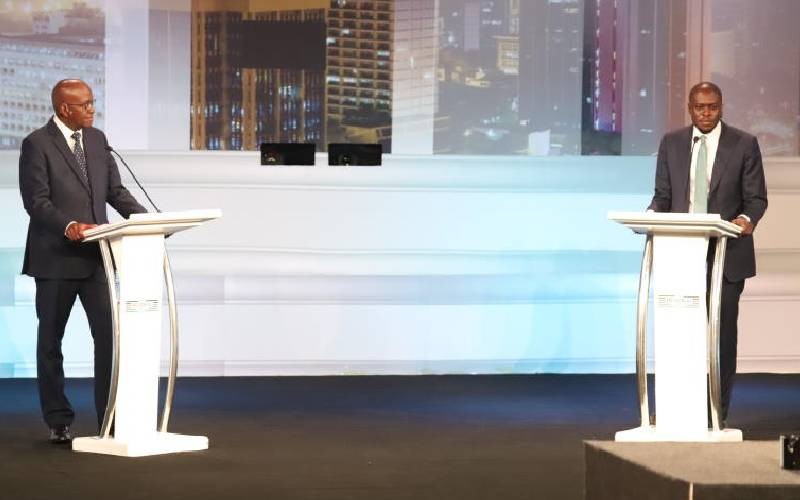 One thing in nearly every election is that the most popular candidates are not usually the ones with the most brilliant ideas. More often than not, the so-called donkeys make more sense with their ideas and sometimes their capacity.

For instance, anyone who keenly followed the Nairobi governor aspirants debate would agree that while the first tier candidates took on each other, new and revolutionary ideas found space in the second tier of the debate.

Participating in the second tier debate were little known Esther Waringa, Nancy Mwadime, Kenneth Nyamwamu and Herman Grewal Singh. By the end of the process, many Kenyans felt Herman and Nyamwamu were brilliant. They both recognised need to apply more technology in development of Nairobi.

Herman even suggested 3D printed houses for slum dwellers, while Nyamwamu saw need to have all boda boda and taxi operators under one app.

In the Nairobi race, the so-called ‘horses’ cannot afford to run away from their masters. Polycarp Igathe for instance is a ‘project’ pushed by the powers that be. That is how he edged out Richard Ngatia and Tim Wanyonyi despite being the least popular candidate at that time.

UDA’s Johnson Sakaja definitely has his master in the top echelons of the party. This will definitely hamper their capacity to take on the cartels that both admit have suffocated operations in the city. A lot of shadowy figures are banking on their election so that they can either start or continue with their capture of various lucrative sectors. That is why untainted hands are always needed in leadership particularly where a serious revolution is needed and Nairobi County needs one.

However, now that Kenyan politics is differently structured with the ‘donkeys’ more likely to lose, we must find a way of not throwing away the baby with the bath water. For instance, in Nairobi, whoever wins between Igathe and Sakaja must find a way of merging the brilliant ideas shared and come up with a common plan.

If interested, the losers should be given key departments to run in accordance with their capacity. Herman Singh’s brilliance in information technology must not go to waste. We need tech ideas to curb corruption, increase efficiency and clean up the bad connotation that comes with ‘kanjo’.

The passion in Nyamwamu, Waringa, Wambui and the others on the ballot shows that these are people who care about Nairobi. Similarly, in most other races across the country are people who if given the chance would do wonders, yet their chances of winning are minimal. They should not be forgotten after August 9. The winners should be magnanimous enough to let them make a contribution.