The recent consultative meeting between the Independent Election and Boundaries Commission (IEBC) and the four presidential candidates is a welcome development for all stakeholders.

This coming slightly over a month to the 2022 presidential and general elections is testimony to the seriousness the candidates and their supporters attest to the underlying issues at hand. The importance of the meeting was attested by the fact that all the four Presidential candidates attended in person.

This along with their running mates with the exception of two, indicates that indeed there were key electoral management concerns that required to be addressed. The matters to be canvassed were of utmost concern to the candidates and the electorate.

To buttress the importance the general public was allowed to follow the deliberations. Remarkably the meeting was televised live on mainstream electronic media. This despite an earlier attempt for the commission to lock out the media and by extension the public.

Key among the issues was the electronic and manual voter identification systems, and transmission of results in the absence of satellite networks. Of great concern was the issue of poll officers colluding with absentee voters whose details they have which would eventually be keyed into the system allowing absentee voting which is illegal in Kenya.

However, the elephant in the room was the burning issue of voter identification. Two schools of thought emerged. One led by IEBC was for only biometric identification while the others were for the use of the manual register as a backup in the event of technology failure. The other issues raised included matters of the integrity of the commission staff. The people in attendance expressed concern that if that was not addressed could jeopardise the electoral outcome. In the process subverting the democratic will of the electorate.

Section 44 of the Elections Act establishes an integrated electronic electoral system to enable biometric voter registration, electronic voter identification and electronic transmission of results. Section 44A of the Act authorises IEBC to put in place a complementary mechanism for the identification of voters that was simple, accurate, verifiable, secure, accountable and transparent. Regulation 26 of the Elections (Technology) Regulation, 2017 authorised IEBC to suspend or terminate the use of election technology and set out the procedure to be followed before suspension or termination of the use of election technology.

According to Regulation 69(1)(e) of Election (General) Regulations, 2012, in the event an electronic voter identification device failed to identify a voter, the Presiding Officer(PO) is required to invite the agents and candidates in the station to witness that the device indeed could not identify the voter. Thereafter the PO would complete Form 32A before identifying the voter using the printed register of voters.

However, all candidates their running mates and their retinue of legal advisors were in agreement that a free fair credible and verifiable election is what the electorate and to an extent the public desire. These are the reasons why ongoing open discourse is crucial in the electoral process.

First, the IEBC by being more open reinvigorates voter and stakeholder confidence in the electoral system. Second, the stakeholders including the public and registered voters are now aware that the Commission is ready to listen to their concerns. Third, the huge number of undecided voters totalling over four million according to opinion polls may now decide to troop to the ballot booths.

Fourth, the voters are able to make well-versed decisions when there is readily available information on the electoral process. Fifth, those with biometric and fingerprint issues can now rest assured that they will not be left out. This number according to conservative estimates is 2.4 million voters.

Sixth, there is now an assurance to the People Living with Disabilities whose enrolment stands at 4,189,614 representing 18.94 per cent of the eligible voting population. This huge cohort of electors shall be assured of not being disenfranchised.

In conclusion, the Commission deserves commendation for weeding out close to half a million illegal voters from the poll register. This would have had a profound effect on the electoral outcome particularly for the presidential election.

Chebukati says aspirants can concede once winner is declared
Wafula Chebukati has said poll results for all Members of Parliament and Members of County Assemblies will be declared at the constituency tallying centers.
National
By Winfrey Owino
9 days ago 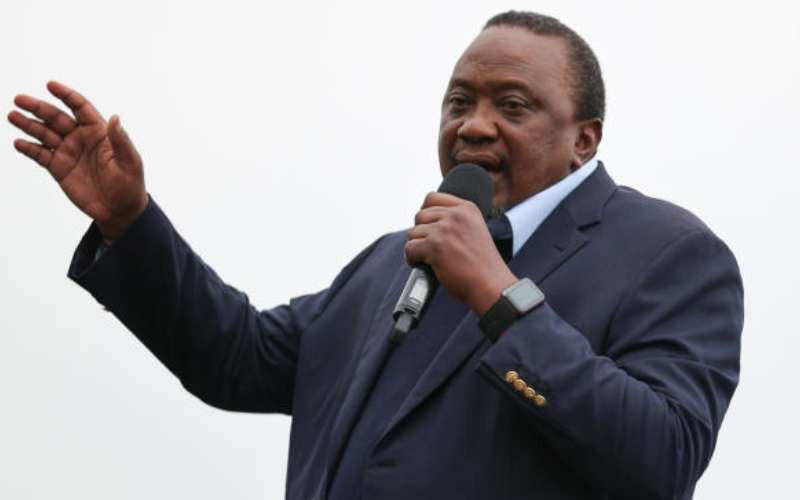 Premium High stakes: The 10 big names to watch now and after polls
Wafula Chebukati is in the hot seat and every word he utters in the coming days will be taken with utmost seriousness.
Politics
By Jacob Ng'etich
16 days ago 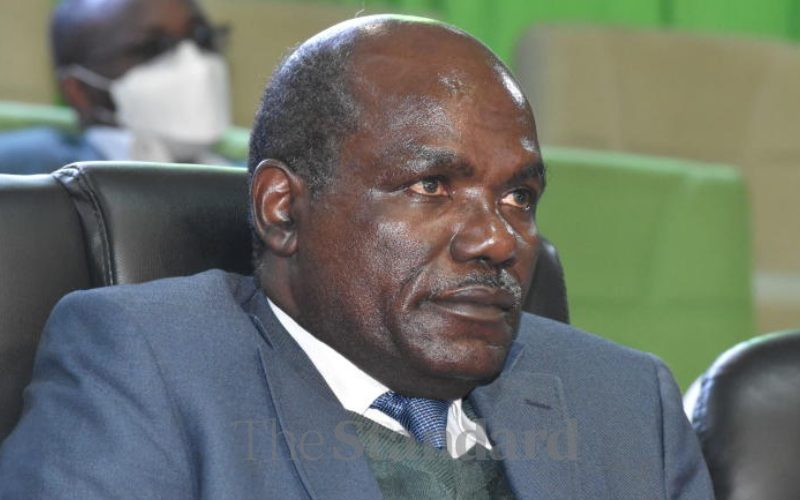 Premium These are Kenya's institutions that don't inspire hope
Since they fail to instil confidence in the voters, the question is whether this failure is contrived or coincidental.
Macharia Munene
By Macharia Munene
26 days ago
.

Kenya Sevens team hoping for improved show in Los Angeles
Rugby
By Washington Onyango
20 mins ago
New regime must seize chance to reform prisons and reduce crime
Houghton Irungu
By Irungu Houghton
2 hrs ago
The case against William Ruto's triumph and Wafula Chebukati
Opinion
By Tony Gachoka
3 hrs ago
Academic freedom and democracy in Africa: Study tracks the connection
Education
By The Conversation
8 hrs ago
. 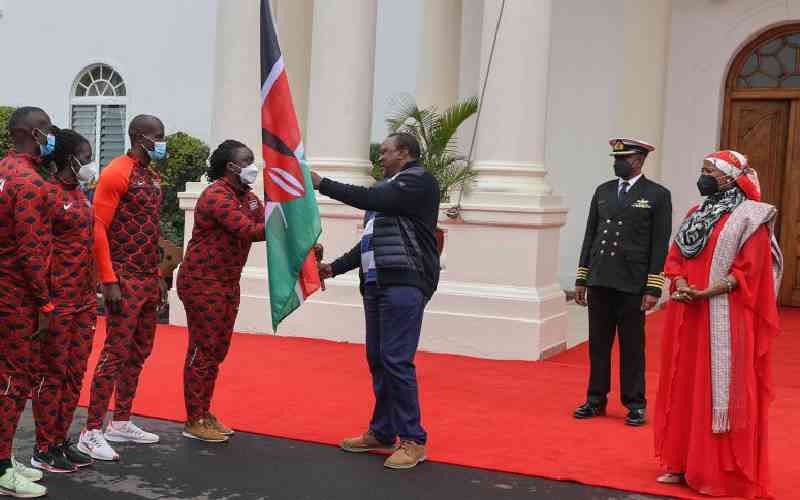 By Editorial 8 hrs ago
Mr President, fix Kenyan sports once and for all 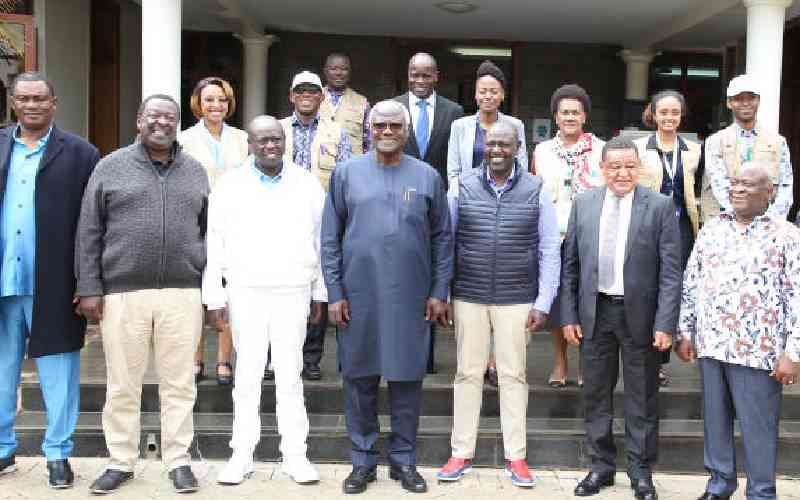 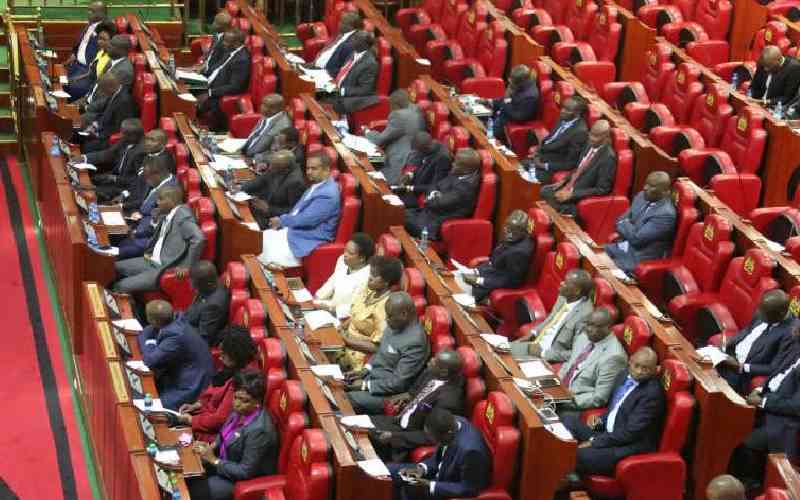