By Dr Ruth Laibon-Masha | 5mos ago 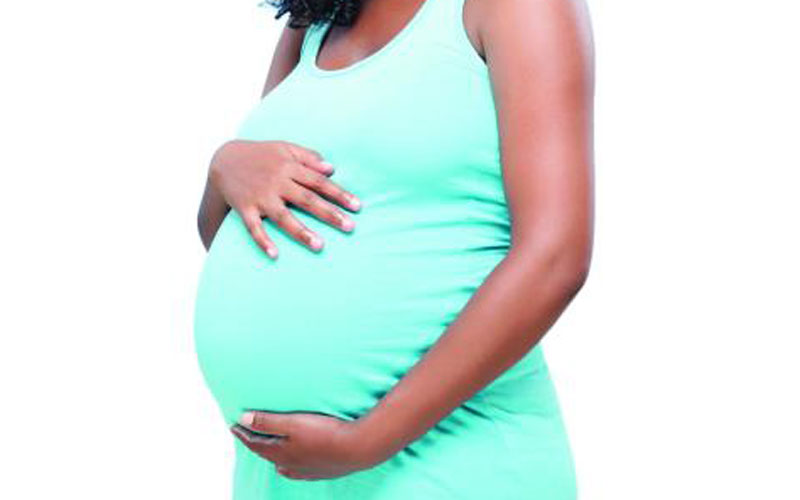 Last year a friend and HIV activist invited me for a meeting. She said there was a village tucked away in Homa Bay County where she had met close to 200 either pregnant or teenage mothers. Some of them had also contracted HIV.

Nothing in my career had prepared me to meet these girls, especially when they had gathered in one space. With my face covered under the protective Covid-19 mask, I silently shed tears at their heart-wrenching life stories.

I took a two-week-old baby of a 13-year-old girl in my arms. I whispered that the world will be a safer place for her. Clad in school uniform, the child mother had given birth through caesarian-section a couple of days before my visit. She said her uncle had defiled her at home but none of her close relatives believed her.

A girl aged about 14 said she had no sanitary towels. She was introduced by a friend to a man who offered to meet all her essential needs. However, the man had disappeared on learning the girl was pregnant.

The sub chief present at this meeting graciously ushered the parents who shared their stories of desperation; the frustrating quest for justice, the pain of watching the dreams of their girls destroyed by a monster that seems too huge to tackle and the fact that society had gone rogue. In a nutshell, all adults present at this meeting seemed to lack any form of agency to address the deep-rooted challenge that they faced.

Not unique to Homa Bay

I was too emotional. My anger turned to the parents and guardians of girls, not only from this village but countrywide, since such stories are not unique to Homa Bay. In fact, this year, in the months of January and February, 45,724 pregnant girls aged between 10 and 19 attended antenatal care in health centres.

Moreover, approximately 30 new HIV infections occur daily among young people aged 15 to 24. Back in my home in Kilifi County, the story is not any different and the list of desperate adults continues to grow.

I was irked by the hypocrisy of all of us adults. Not long ago, we were engaged in a national rhetoric of what we needed to do to address the issue of teenage pregnancies.

Our response has been weakened by our divergent positions on what is right and wrong for the young girls and unclear pathways to deal with the reality of sexual violence, both in a preventative sense and in after-care response.

Divided along our religious doctrine and the communities of faith largely indifferent, the narrative often ends with politicisation of adolescent sexuality.

In December last year, while marking the 33rd edition of the World AIDS Day, President Uhuru Kenyatta was visibly angry when reacting to a plea by a young woman calling on leadership to end sexual violence, teenage pregnancies and new HIV infections. He openly called on men to take leadership and shame those responsible for the despicable actions. While appreciating the presence and need to enforce existing legal frameworks, the president appreciated that society had to do more too.

This presidential call to action to address the unacceptably high number of teenage pregnancies, gender-based violence and new HIV infections among young people is a call to all of us.

We must unlock the potential of our people to liberate society. I was recently informed that the parents of the girls in Homa Bay are now champions, not just for their own children but for other children too.

They are no longer desperate adults, but parents with agency to address issues around sexual violence and teenage pregnancies. This is what all adults must do; lead from the front.

Since then, county commissioners have led several forums to address the challenges exacerbating teenage pregnancies and gender-based violence. The prioritisation of this agenda across government platforms is bearing fruit.

In the first two months of 2022, we witnessed a reduction of 19 per cent (11,021) in the number of adolescents seeking antenatal services as compared to the same period in 2021. Yet, the triple threat is still far from over.

There were 317,644 adolescents aged 10 to 19 pregnant in 2021 and 12,520 females aged 12 to 17 who sought sexual and gender-based violence services. These statistics are disturbing, and we must all lead with practical solutions to save our future.

Man who left his wives 51 years ago, says he has forgiven them for remarrying
Western
By Benard Lusigi
37 mins ago
Premium Why children frown at sukuma wiki
HEALTH
By Priscilla Kimani
57 mins ago
KFCB's banning of LGBTQ films is most absurd
Opinion
By Alvin Mwangi
1 hr ago
49 State Departments in Ruto's government that are in need of PSs
National
By Brian Okoth
1 hr ago
.

By Benard Lusigi 37 mins ago
Man who left his wives 51 years ago, says he has forgiven them for remarrying