Europe
A 12-year-old girl is believed to be the youngest person to die in Europe after contracting coronavirus. 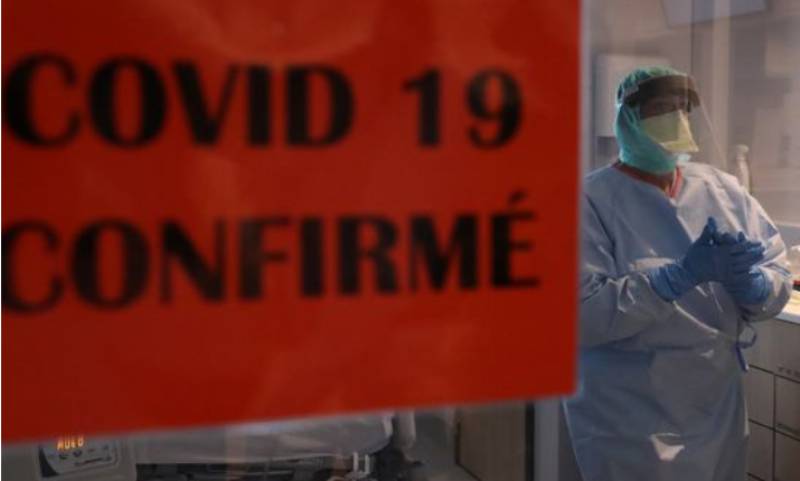 A 12-year-old girl is believed to be the youngest person to die in Europe after contracting coronavirus. The girl, who died at a hospital in Belgium, is among the youngest victims in the world. His voice trembling, a distraught spokesman for Belgium's government announced the girl's death, telling reporters "it is an emotionally difficult moment because it involves a child".

Emmanuel Andre said medics were left deeply upset when the girl lost her fight for life on Monday. Mr Andre was visibly upset while delivering the devastating news and then left the press conference, leaving a colleague to continue, Belgian media reported. Her death follows that of a 14-year-old schoolboy who died on Sunday morning after being diagnosed with Covid-19 near Porto in Portugal. He had underlying health conditions. Last Wednesday, a 16-year-old girl died in a Paris children's hospital where she was being treated for coronavirus. She had no known medical conditions. The youngest person to die in the UK was an 18-year-old Coventry man, who had seriously underlying health issues.

As of Tuesday morning, Belgium had 12,775 confirmed cases of coronavirus - the 10th highest total in the world - and 705 deaths, with the peak expected within days. The 12-year-old girl, whose name was not released, was one of almost 100 people to die in the previous 24 hours, officials announced on Tuesday. Emmanuel Andre, a spokesman for the country's crisis centre, became emotional as he announced the girl's death. He told reporters: "Today, we have a painful announcement for you. It is the death of a 12-year-old girl. "It is obviously an emotionally difficult moment because it involves a child.

If you experience these symptoms, you should immediately self-isolate yourself for seven days. It is not necessary to call NHS 111 unless your symptoms get more severe. Some patients have reported fatigue, headaches, shortness of breath and aches and pains. Sneezing is not a symptom of the coronavirus. "We are thinking of her family and friends. It is an event that is very rare, but one which upsets us greatly." Virologist Steven van Gucht said the girl's condition deteriorated after three days of fever.

He said: "Yesterday, a 12-year-old girl passed away. She tested positive for the coronavirus. "The child suddenly deteriorated after three days of fever." It is very rare for a person so young to die, he said, adding: "It reminds us that people of all ages can develop complications. "We don't know why in some cases it goes wrong. These situations must be studied on a case-by-case basis." In Belgium, 93 per cent of those who have died were older than 65. Van Gucht assured Belgians that infections will slow and life will eventually return to normal for most, adding: "Believe me, this will pass."