Europe
Johnson said on Friday he would still lead the country’s response to the outbreak but would be holed up inside a borrowed office. 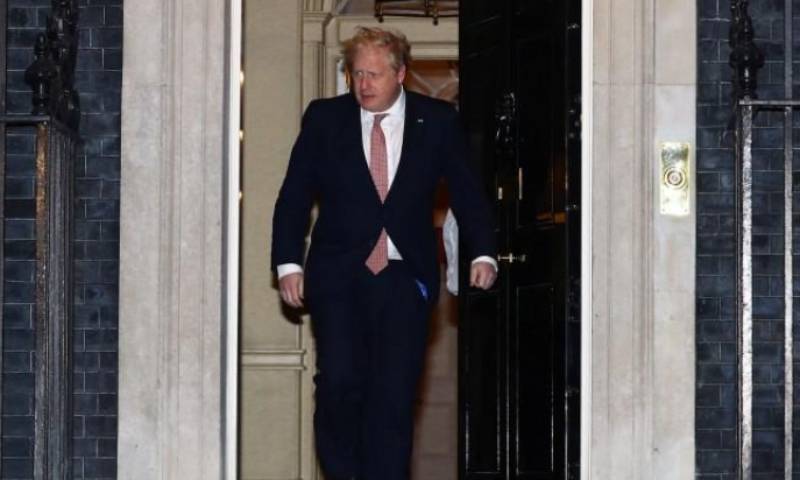 A knock at the door and the sound of retreating footsteps - that is how British Prime Minister Boris Johnson (pictured) will have food and paperwork delivered from the outside world for the next seven days after he tested positive for coronavirus overnight. Johnson said on Friday he would still lead the country’s response to the outbreak but would be holed up inside a borrowed office within the nation’s seat of government. The death toll in Britain shot up by a third on Friday to 759 from 578 people the previous day.

“I am working from home. I’m self-isolating. And that’s entirely the right thing to do,” Johnson said in a video message on Twitter. “But be in no doubt that I can continue, thanks to the wizardry of modern technology, to communicate with all my top team to lead the national fightback against coronavirus.” Now, he will be working from an office borrowed from finance minister Rishi Sunak in a property adjacent to his own official offices, holding ministerial meetings via video conference. Meals and paperwork will be delivered to his door, a spokesman for the prime minister said. “In terms of where staff have to leave meals for the PM or to deliver work, then obviously they can leave that for the Prime Minister, and they can knock on the door ... and then they can safely depart,” the spokesman said.

The unprecedented arrangement means doors and corridors have been sealed off within the sprawling 17th century residence-cum-offices of Downing Street, recognised around the world for its glossy black front door and unusual dark facade. Downing Street, a popular tourist attraction, has been the on-off seat of the government for nearly 300 years. Britain’s role in two world wars was coordinated from the central London terrace near the Houses of Parliament. Johnson, 55, described his symptoms as mild - a temperature and a cough - and his spokesman said the virus did not affect his running of the daily governmental meeting of experts and ministers that the media has been dubbed the “war cabinet”. “The PM played his role entirely via video conferencing ... and that’s how it will continue,” the spokesman said, referring to Friday’s 0930 GMT meeting. It was not immediately clear whether Johnson’s 32-year-old partner, Carrie Symonds, who is pregnant, had been tested.

Johnson will remain bunkered down for seven days, in line with public health guidance, while the duty of leading a daily press conference is likely to be delegated to other ministers during that time. No responsibilities have been handed over to his designated deputy, foreign minister Dominic Raab. During this time the British leader will effectively abandon the Number 10 Downing Street address, and instead work from Number 11 - traditionally the office of the finance minister. “Thank you to everybody who’s doing what I’m doing, working from home, to stop the spread of the virus from household to household,” Johnson said.  “That’s the way we’re going to win, we’re going to beat it, and we’re going to beat it together.”