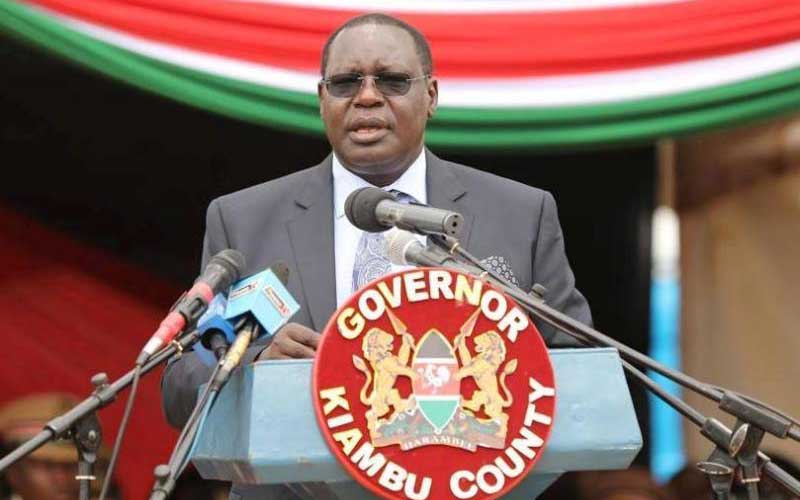 Lobbying for the position of Kiambu County Deputy Governor has started days after former officeholder James Nyoro was sworn in as governor. Dr Nyoro (pictured) was sworn in as the county’s third governor following the impeachment of Ferdinand Waititu. Yesterday, social media platforms turned into avenues of debate, as different candidates were fronted for the position by their supporters.

Most of those proposed lost in the 2017 General Election. Kiambu County Assembly Speaker Stephen Ndichu set the ball rolling when he proposed that a woman be appointed as Nyoro’s deputy. “I have had talks with the governor and he has no problem nominating a woman,” said Mr Ndichu. Former Kiambu Woman Representative Anna Nyokabi and former Ruiru MP Esther Gathogo have been proposed. Ms Nyokabi, a relative to President Uhuru Kenyatta, is not new to politics.

Played down In 2018, ODM leader Raila Odinga proposed her to replace Polycarp Igathe as Nairobi governor Mike Sonko’s deputy. When she served as a woman representative, Ms Nyokabi was credited with initiating a number of projects. She oversaw the construction of a community centre that housed a public library, gender violence centre, and a recording studio. When contacted, Nyokabi played down her chances of being deputy governor. “Give the governor time, he has a lot of work ahead of him. Let’s not engage in unnecessary speculations,” she said.

Many will, however, be watching how the rivalry between her and the current woman representative Gathoni wa Muchomba will affect her chances. Ms Wamuchomba has been a harsh critic of Mr Waititu and a staunch supporter of Nyoro. In a telephone interview, Ms Gathogo said she had no clue that she was being considered for the position of deputy governor. She said she had only seen her name making rounds in social media. Gathogo, who is also a former mayor, is known for her support for small businesses.