Senate made a statement of purpose in Waititu’s impeachment

Commentary
It occurs on the eve of what is destined to be the country’s major reforms as envisaged in the Building Bridges Initiative Report. 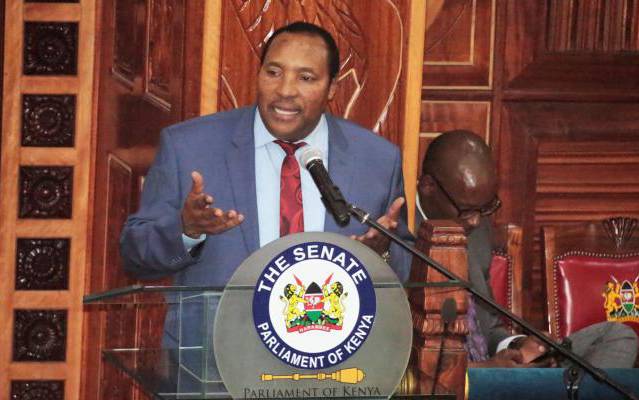 The impeachment of Ferdinand Waititu Babayao (above) as the Governor of Kiambu County could not have come at a more opportune time. It occurs on the eve of what is destined to be the country’s major reforms, since the promulgation of the new Constitution in 2010, as envisaged in the Building Bridges Initiative Report. The impeachment happens at the backdrop of a series of factors. Such include situations in where the country is experiencing tough economic times, the President is determined to fight corruption and impunity, and the Senate feeling denied its full oversight mandate in putting governors to task over their management of devolved funds.

Indeed, the impeachment presented a momentous occasion. For me, this is the first time to participate in a quasi-judicial forum of very high stature. As a dispute resolver, regular consultations are imperative. As the case unraveled, from my engagements with several senior learned fellows; it was clear that the weighty matters were to be handled both politically and judicially, in equal measure. From the onset, I looked forward to the proceedings, even as Senators considered how to prosecute business, “committee” or “plenary”. Having been presented with a bundle of documents in preparation for the hearing, it was interesting to realise that the defence, had no evidence. Not even a statement of defence. The Governor’s team relied on a Preliminary Objection, challenging the procedure of impeachment at the County Assembly level.

Listening to the Governor’s opening submission, I remember wondering if his strategy was to verbally plead with the Senators since he had no defence. His conduct in the whole matter was extremely laisse fare, in a manner to suggest that he failed to realise the gravity of the charges against him. He completely misread the mood of the Senate, and the nation as well. From the time the charges were read in the County Assembly of Kiambu, in which he confirmed his lawyers were present, to the time the Speaker of Senate gazetted the special seating; the Governor made no serious attempts to prepare his defense. Rather, he pleaded for more time. It is this kind of casual behavior towards issues that ails a lot of our leaders. This impunity that you need not account to anyone, but by smooth-talking and probably availing certain gifts, you can make issues go away.

SEE ALSO: I will not take up positions at the expense of colleagues humiliated for no reason — Murkomen

In an effort to explain, Governor Waititu argued that he had been barred from office, and therefore, could not adequately prepare his defence. In the same breath, he declared that he “himself”, does not prepare; documents, tenders or take part in procurement. He further declared that he had very able officers in place to do such duties. The question then arises, as to why his teams could not coordinate to prepare for his defence. Behaviour of former Kiambu governor is the embodiment of leadership that has seen this country sink to its lowest. The total disregard of law, procedures, and policies is the very thing that continues to hurt our country by marginalising communities and curtailing the fight against corruption. The Ombudsman Report entailing how the Governor allegedly grabbed a widow’s property and transferred it to one of his wives was the straw that broke the camel’s back. A leader beyond reproach! This impeachment was necessary to demonstrate to Kenyans that Senate heeds the voices of mwanainchi.

Mr Waititu’s actions were completely unfathomable. Regardless of political affiliation, the Ombudsman Report on its own, had enough ground to impeach any Governor. The resolute action of the Senate is a clear indication to all, that no single Kenyan is above the law. Let Kenyans know that Senate has very sober minds looking out for the interests of the Counties, and of course, Fellow Kenyans! The writer is a Nominated Senator and Member of the chartered Institute of Arbitrators.